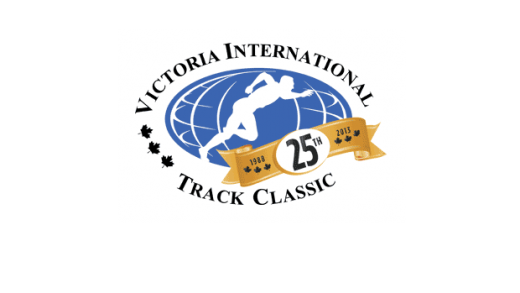 The 27th annual Victoria Track Classic is taking place Wednesday, June 10th at the University of Victoria’s Centennial Stadium. Due to the timing of this event it should prove to be an exciting track and field meet. There will be many top-level Canadian and international athletes seeking to qualify for the 2015 Toronto Pan American Games as well as the 2015 Beijing IAAF World Track and Field Championships and the 2016 Rio Olympic Games.

Additionally, Victoria will be the final stop on the popular National Track League before the Canadian Track and Field Championships take place – a final opportunity for athletes to qualify for Team Canada.

Male and female Athlete of the Year for 2015 at the University of Victoria (all sports), Thomas Riva and Rachel Francois will be toeing the line. They will be joined by IAAF World Championship steeplechaser Matt Hughes. Canadian Olympian Hilary Stellingwerff will compete in the 1500m. The 100m hurdles lineup features a close competition as the field includes Angela White, Nikkita Holder, and Phylicia George.

Whyte has a long history of running internationally for Canada. The Edmonton native, who now lives in the Seattle area, has competed twice in the Olympics (2004 and 2008) and has earned two silver and one bronze medal at the Commonwealth Games and one bronze and one silver medal at the Pan American Games. During a March 8th interview with Athletics Illustrated, the 35-year-old athlete and University of Washington Coach said, “I will continue to compete and am working towards the Pan Am Games and World Championships that both take place this year and on to 2016 (Rio Olympic Games).”

George, a Toronto native has competed internationally for Canada at the 2011 IAAF Daegu World Track and Field 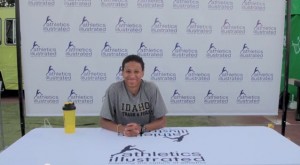 Championships, as well as the 2012 London Olympic Games. Her personal best at the distance is 12.65, while Whyte’s best is 12.63 and Holder’s 12.80, this should be an excellent competition.

Hughes owns a terrific 3000m Steeplechase best of 8:11.64, which he set at the 2013 IAAF World Track and Field Championships that took place in Moscow. The 26-year-old Oshawa, Ontario native’s Worlds performance broke the 28-year-old national record. “Always great to race in Canada, which I don’t get to do very often. I’ll be racing in an off event in the 1500 at the Victoria Track Classic. I not only think it’s a great opportunity for me to race a great field and improve upon my PB, but I also think it’s important for me to improve in these off events if I’m going to be competitive on the World stage in the Steeple,” Shared Hughes.

Victoria’s Stellingwerff competed for Canada at the 2012 London Olympic Games. She is one of Canada’s top 1500m runners on a strong team that includes Toronto’s Kate Van Buskirk and Winnipeg’s Nicole Sifuentes, who medalled at the 2015 Glasgow Commonwealth Games and the 2014 Indoor World Championships, respectively. Stellingwerff owns the fastest personal best of the three with her 4:05.08. When asked about her current fitness Stellingwerff said, “I am feeling really fit, more so than I expected at this point post-pregnancy and I would love nothing more than to run fast at home here in Victoria.”

As the quality of the field develops, Athletics Illustrated will continue to update stories and interviews about the Victoria International Track Classic as well as the rest of the National Track League.

Tickets are now on sale for the annual Victoria International Track Classic (VITC). For this final stop of the National Track League Series and the final stop before the Canadian Track and Field Championships that will take place in Edmonton.