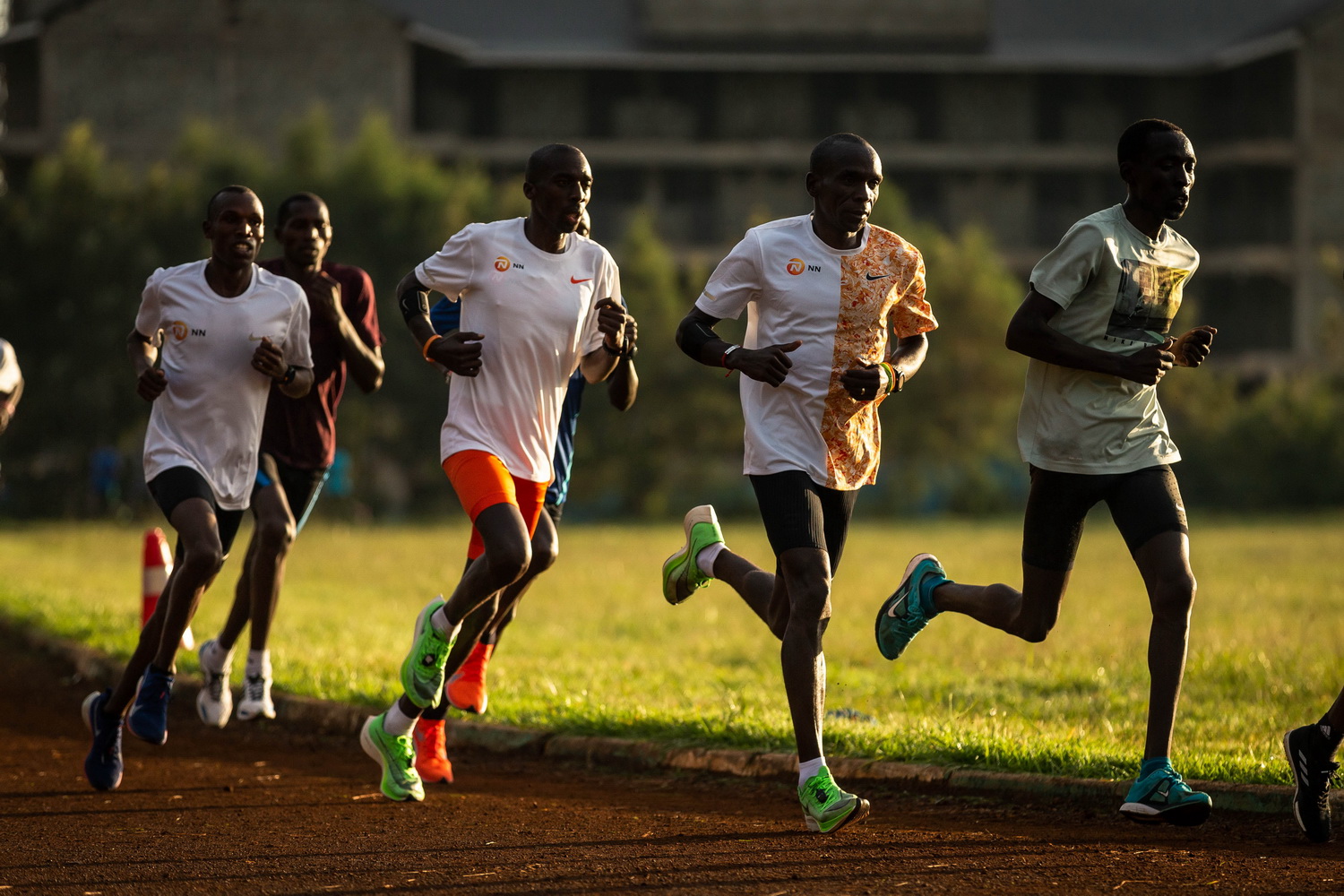 The INEOS 1:59 Challenge can today announce the final set of athletes in a pacemaking dream team put together to help Eliud Kipchoge become the first human to run a sub-two-hour marathon.

Among the final set of 14 pacers named in the all-star team are 10 athletes currently competing at the World Athletics Championships in Doha, including Ethiopian teenager Selemon Barega who won a silver medal in the 5000m. Barega, 19, is also the fastest man in the world over 3000m this year and the second-fastest over 5000m and 10000m.

This brings the total of pacemakers for the INEOS 1:59 Challenge to 41. Other athletes currently competing at the World Championships who will be part of the pacemaking team include all three of Norway’s Ingebrigtsen brothers – Henrik, Filip and Jakob – Paul Chelimo (USA) and Julien Wanders (SUI).

Spencer Barden, Head of Pacemakers for the INEOS 1:59 Challenge, said: “This is an incredible group of athletes that has been put together to help Eliud try to make history. From middle-distance stars like the Ingebrigtsen brothers to true distance running specialists such as Selemon Barega and Paul Chelimo, this really is a dream team of pacemakers.

“These athletes are coming in from all corners of the world. Many of them have had long, tough seasons on the track circuit but not one of them needed convincing. They all recognise this is a once-in-a-lifetime opportunity. They recognise the greatness of Eliud and they want to help him break what is the last great barrier in athletics and become part of history.”

The pacemakers will be split into teams of runners who will be rotated into the INEOS 1:59 Challenge to pace Kipchoge during a designated stretch of the marathon distance.

Full bios of the final round of pacemakers:

Aged just 19, Barega is one of the youngest pacemakers but he has packed a lot into a young career already. He is the fourth fastest man in history over 5000m after winning last year’s Diamond League final in Brussels in 12:43:02. He won a silver medal over 3000m at the World Indoor Championships last year and backed that up by winning a silver medal this week in the 5000m at the World Championships in Doha.

Centrowitz is one of the most decorated middle-distance runners of his generation and is the current Olympic 1500m champion. The 29-year-old has also won a gold medal in the 1500m at the World Indoor Championships in 2016 and won silver and bronze medals at the 2013 and 2011 World Championships respectively over the same distance.

Kiplimo is the youngest ever Olympian from Uganda, having competed at the 2016 Olympics aged just 15. In 2017 he won the under-20 category at the World Cross-Country Championships. This year he won a silver medal in the senior ranks at the World Cross-Country Championships. He also has set the fastest 10km time in history though it was on a course in San Silvestre that is unratified due to the extent of its downhill sections. The time of 26:41 beat the course record previously set by Eliud Kipchoge in 2006 (26:54).

Korio won the Beach to Beacon 10k in Cape Elizabeth, USA, this August in a personal best time of 27:34 which is the seventh fastest time in the world this year. He holds a half marathon personal best of 58:51 set in Copenhagen in 2017.

Korir grew up Kipsirwa in Nandi County – just 3km from the home village of Eliud Kipchoge – and is now part of his NN Running Team training group. He has a marathon personal best of 2:06:51 set in Amsterdam in 2018

Lopez Lomong is one of the USA’s leading distance runners and was part of Eliud Kipchoge’s pacing team in the Breaking2 attempt in Monza in 2017. Lomong was born in South Sudan and was one of the victims of the Second Sudanese Civil War. He was abducted and only escaped by running for three days to reach the Kenyan border. He moved to the USA in 2001 and in 2008 qualified for the Olympics in the 5000m where he was his new country’s flag bearer. Lomong also competed at London 2012 finishing 10th in the 5000m final. This year he won the 5000m and 10000m double at the USA Championships.

The Tasmanian has been in terrific form on the track in 2019. He set a personal best of 3:31:18 in the 1500m – the second fastest time by an Australian ever – at Diamond League meeting in Monaco. He also made the final of the 5000m at this year’s World Championships in Doha. Last year he finished fifth in the 5000m and 11th in the 10000m at the Commonwealth Games.

Part of Eliud Kipchoge’s training group, Rotich has experience of racing in Vienna – he finished fourth in the Vienna City Marathon in 2018. Regularly used as a pacemaker, Rotich was third at this year’s Linz Marathon in a personal best time of 2:11:24.

Tiernan is one of Australia’s leading distance runners. He went to college in the USA and in 2017 became the first Aussie to win the USA’s prestigious NCAA Cross-Country title in 57 years. He finished 13th in the World Cross-Country Championships in the same year and ran both the 5000m and 10000m at the World Championships in London. He also competed in the 5000m at the 2016 Rio Olympics.