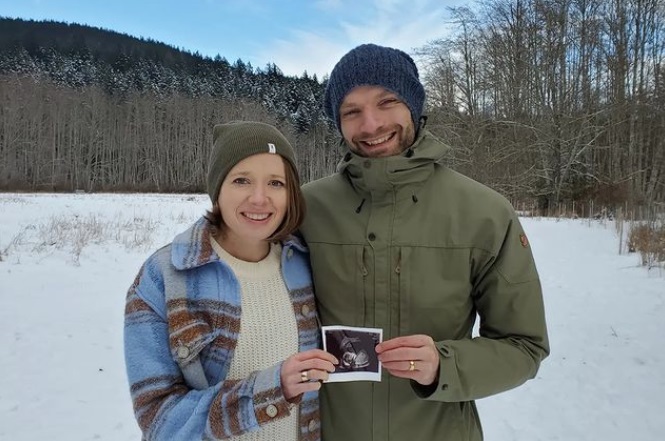 Rachel Cliff and her husband Chris Winter, who live in Vancouver, BC, are expecting a baby in 2022. The couple made public the pregnancy via social media on Dec. 27.

Cliff, the former Canadian half-marathon and marathon record holder will get a non-Olympic year off of training and perhaps a necessary break from the stresses of being an international athlete, both physical and mental.

She has been left off the Olympic team twice including the 2016 Rio and 2020 (2021) Tokyo Games. However, she has competed internationally for Canada.

The year prior, Cliff took down Marchant’s half-marathon record in Woodlands, Texas. She finished the 21.1K race in the time of 1:10:08, lopping 39 seconds off of Marchant’s record of 1:10:47 that she set in 2014 at the Tom King Classic in Nashville, TN.

Before the 2016 Rio Olympics, Cliff ran a one-off, impromptu track meet in Vancouver and apparently finished inside – by a whisker – of the 5,000m standard for the Rio Olympic Games, but was left off the team. Her subsequent appeal on the decision did not change things.

It takes two to tango, as they say, and Winter was also a fast runner for Canada, now retired. He works for Athletics Canada. Winter competed primarily in the 3000m steeplechase event. His personal best in the steeple is 8:26.55. He also ran the 5000m as fast as 13:58.17. Winter finished sixth in the 2014 Glasgow Commonwealth Games and earned a bronze medal in the World U20 Championships in the 2000msc. He qualified and competed in the 2016 Rio Olympic Games.

Winter graduated from the University of Oregon in 2009 with a degree in Business Administration. He was coached by Dave Scott-Thomas and post-collegiately competed at the club level with the Speed River Track and Field Club in Guelph, ON, where Cliff also attended university.

Cliff graduated from the University of British Columbia with a Masters of Science degree.

Based on the time of the announcement, the Winter baby will have a summer’s arrival.