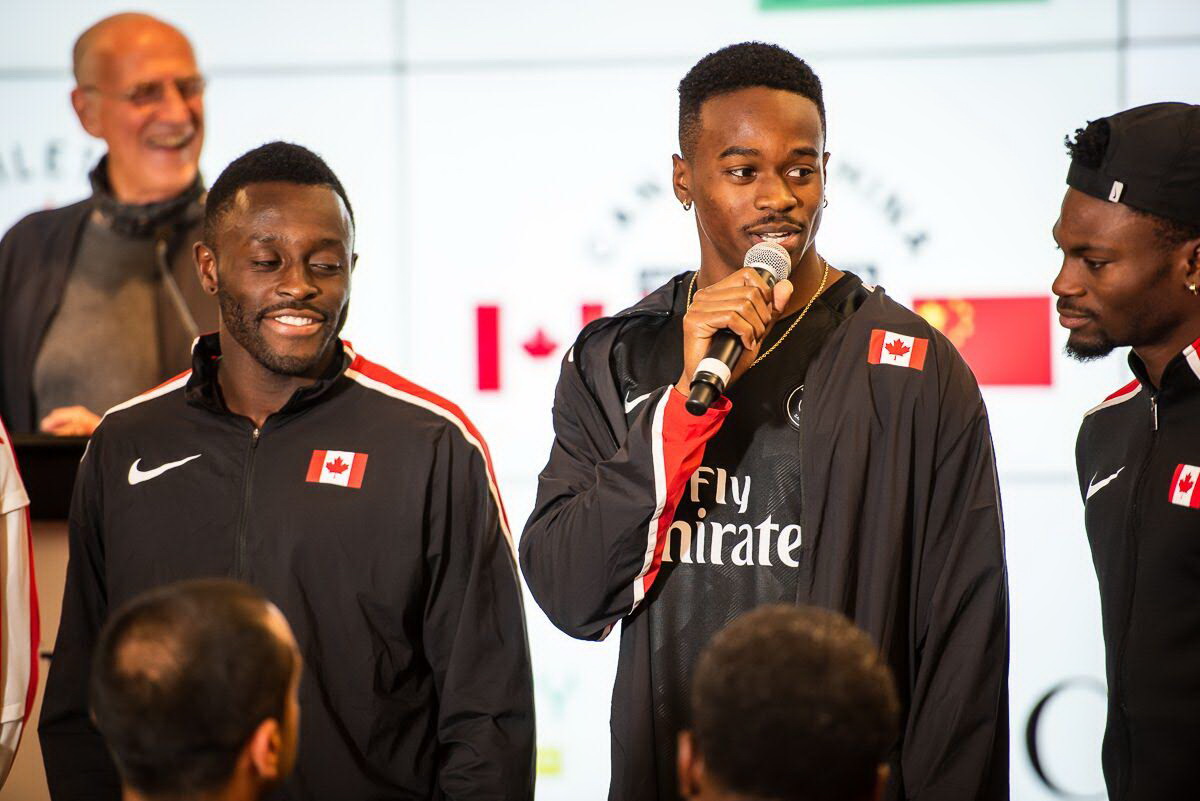 Given the three medals he earned from the 2016 Rio Olympic in cheeky sprint battles with superstar Usain Bolt, Andre De Grasse is always the focus when he’s competing on home soil in Canada.

But don’t sleep on fellow Canadian Aaron Brown in the China-Canada Sprint Challenge portion of the Vancouver Sun Harry Jerome Track Classic at Swangard Stadium on Tuesday and Wednesday nights.

The Toronto native who made a Nobody Knows My Name video and a Why Not Me? Essay on cbcsports.ca a part of his motivational tools the last couple of years has had a terrific 2018 season. He has four of the top 17 times in the world in the 200 metres, including a personal best of 19.98 seconds on June 7 in Oslo, Norway, and has a faster 100-metre time (10.12) this season than De Grasse’s 10.15.

“I’ve been working really hard with my support team, my coach, my agent, my medical team, all the people who are involved with getting me on the track and being healthy and executing well,” said Brown, who joined De Grasse as the only Canadians to go sub-10 seconds in the 100 metres and sub-20 seconds in the 200.

“It’s all kind of been in sync. This is what I expect and I’ve been expecting it for a couple of years. When it clicks . . . I’m happy when it does. It’s something I’ve been planning for and to see it come to fruition, it’s kind of ‘that’s okay, it’s going to plan’ and now I want to build off that.”

Brown, 26, ran 20.34 at the Commonwealth Games in April in 20.34 and earned the silver medal after being bumped up a spot following the disqualification of England’s Zharnel Hughes. This spring, he has run 20.07 twice — in Eugene, Ore., and Stockholm — and 20.05 in Ostava, Czech Republic before the breakthrough in Oslo.

“(The 19.98) was a huge weight off my shoulders,” said Brown at a news conference Monday in Vancouver. “I’ve been so close before (20 seconds flat in 2016). I’m very excited, very excited to keep running and and keep getting faster.”

The 200 isn’t part of the China-Canada Sprint Challenge, but Brown and De Grasse will run the 100 metres on Tuesday night and will likely be part of Canada’s 4×100-metre relay team on Wednesday night.

With the Canadian championships set for July 3-8 in Ottawa, it’s going to be interesting to see how much the Canadian sprinters push themselves at the Jerome.

But he admits running against De Grasse, who followed him to the University of Southern California, “is always motivation for me.

“I want to be the best in Canada. It’s always good to have that competition, especially on Canadian soil. He keeps me honest. I keep him honest. We want to have great performances out there and push ourselves to do great things.”

De Grasse, meantime, will be racing for the first time since becoming a father after his girlfriend Nia Ali gave birth Saturday in Philadelphia to a baby girl they named Yuri.
“It’s definitely a new step into becoming a man,” said De Grasse. “It’s a new chapter in my life. I’m looking forward to just enjoying it.”

De Grasse, who skipped the Commonwealth Games as he continued to regain his form after sustaining a hamstring injury in training for the 2017 worlds, has struggled a bit in Diamond League events through May and June. But he says he’s feeling “a little more fit” and ready to go for the Jerome.

“We’ve been clocking some good times at practice. Now I just have to go out there and compete and make it happen.”