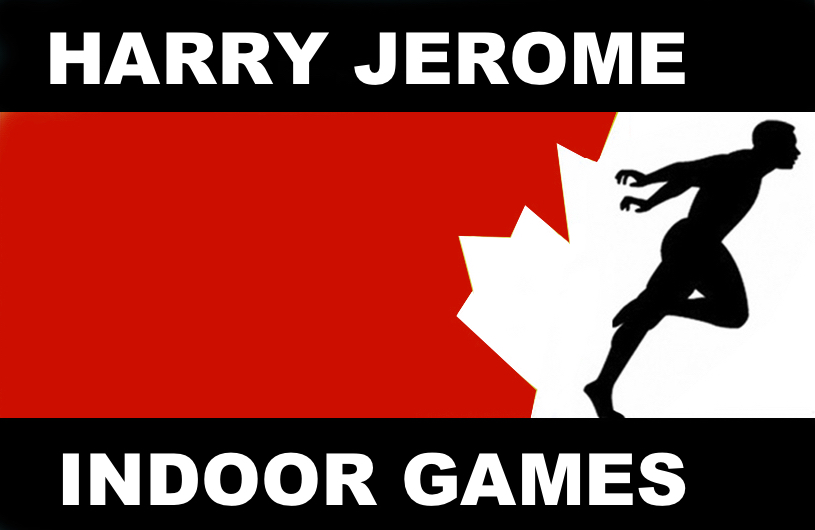 Over her many years in track and field, Brit Townsend has collected all kinds of singlets, jackets and sweatshirts from various meets, stuff she just can’t bring herself to throw out.

The former Olympian and current SFU track and cross-country coach calls it her “vintage clothing” collection.

Her daughter Addy, a fast-improving middle distance runner, will occasionally rummage through the assortment for something to wear, perhaps to use for inspiration. It’s a little bit of history being passed on. Which, in a way, is what Addy will try to do at this year’s Vancouver Sun Harry Jerome International on June 14.

She will wear a bright orange, crew-neck Jerome sweatshirt of a certain vintage to Swangard Stadium, hoping that, if the conditions are optimal and the stars align, she will be the one doing the passing on, making history by topping her mom’s personal best in the 800 metres.

“It’s like home,” Addy, 24, says of Swangard and the long-running Jerome meet. “I’ve been going to the Jerome since just after I was born. I’ve got this old sweatshirt of my mom’s that she got from the Jerome years ago. It’s orange and it’s got the (sponsor) Vancouver Sun logo on the back. I’m going to be wearing that just to keep the tradition alive.”

Addy, long-limbed and willowy, raced the 1,500 at the Jerome in 2021 when she also paced the 800 through 400 metres. This year, she’s scheduled to race the 800 with a decent chance based on recent results to become the ninth Canadian woman to go under the magical two-minute mark for the sternest test of speed and endurance.

After injury and illness setbacks early in her SFU career, Addy had a huge breakthrough in April, 2021, taking three seconds off her personal best in the 800 with a time of 2:03.47. This April, running with early-season confidence and excitement, she lowered her PB by two more seconds by running 2:01.24 at a meet in Azusa, Calif.

“I think for me, it’s been believing in myself and believing in the evidence from training,” says Addy, a former high school soccer player who didn’t get serious about track until Grade 12. “Now, when I step on the track, I look at all the workouts and think why not me, why doubt yourself, just run like it’s practice.”

Brit was seventh in the 1984 Olympics in the 1,500, and for a time held the Canadian record at that distance and in the 800 at 2:00.02. It’s a time Addy, with a heightened sense of her potential, now believes is clearly within reach.

“Oh man, if that happens, I wouldn’t know if I should laugh or what, probably just hug her and say sorry. I think honestly, it’s what she’s kind of hoped for me, coming into this sport. It would be a really special moment. She’ll probably have some jokes, but she’ll be so happy.”

Brit initially shrugs off the thought of Addy beating her 40-year-old mark.

Yeah, but none of them were your own daughter.

“I’d be thrilled if she can do that,” says Brit. “Right now, it’s just a matter of patience with the process, not focussing on the outcome too much. She’s excited about where she’s at. She’s healthy, she’s strong and approaching races with more composure than she’s ever had.”

For her part, Addy says the frustration of losing time and training to ankle injuries and mono and races being disrupted by Covid has eased. There is a real clarity of purpose now.

“Totally. I haven’t seen more clearly than I have now. I trust everything. I’ve always trusted mom and the training. I see how all the recovery, all my weight training, it’s like ‘Wow, those really matter, they do make you a better run and create those big jumps I’ve seen the last two years.

“The next obvious step is two (minutes) flat. In my mind, I never go into a race saying I need to make this mark, it doesn’t work for me. But if I do the little things and not worry about outcome, just focus on the process and keep doing all the things I’m doing, I know it will come. I want to keep getting faster.”

The women’s 800 could be one of the marquee events at the Jerome.

Also scheduled to compete are SFU grad Lindsay Butterworth, a 2020 Olympian with a personal best of 1:59.21 and a training partner of Townsend, Pembroke, Ont.’s Madelaine Kelly, who ran a 1:59.83 personal best on May 6, and SFU senior Alison Andrews-Paul, a New Zealander who clocked a 2:01.43 in April, a nearly six-second improvement on her personal best.

Butterworth, who is racing Diamond League events in Europe this spring, will almost certainly qualify on world-ranking points for the World Athletics Championships at Eugene, Ore., in July.  Kelly and Townsend are currently just inside the top 48 in points to qualify, but could solidify a spot by going under the 1:59.50 qualifying standard.

Three-time Olympian Melissa Bishop-Nriagu, a 2015 worlds silver medallist and Jerome favorite, is pregnant and not competing this summer.