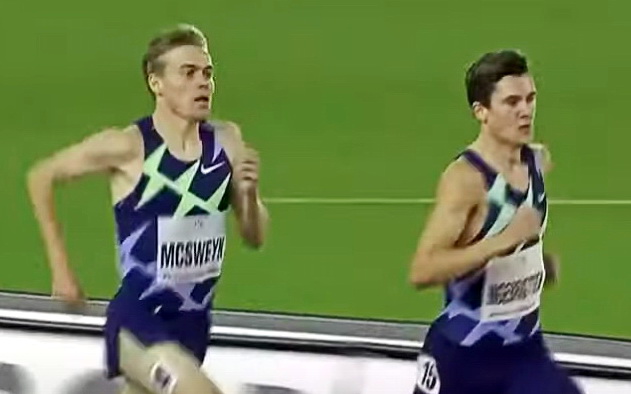 On the day of his 20th birthday, Jakob Ingebrigtsen ran a solo 1500-metre race in the time of 3:33.93 on Saturday. He then returned to the scene of the crime an hour later to run the 800m final.

He is the defending 1500m and 5000m European champion, which demonstrates good range, he stretched that range down to the two-lap event by running a 1:48.72 800m, for the win.

Two days prior Karsten Warholm competed in the Rome Diamond League and then showed up to take his third national title with a five-second margin of victory in the 400m hurdles. He finished in the time of 48.23.

During the past five weeks, Warholm had won all six of his races by at least one-second margin. He also lowered his European record to 46.87 during the Stockholm Diamond League meet.

After breaking the world U18 heptathlon record, the week prior, Henriette Jæger was in competing against the seniors. Jæger won gold medals in the 200m and 400m in the time of 23.60 and 52.90, respectively. She also earned bronze in the long jump with her 6.04m performance.

More details on the event can be found here>>