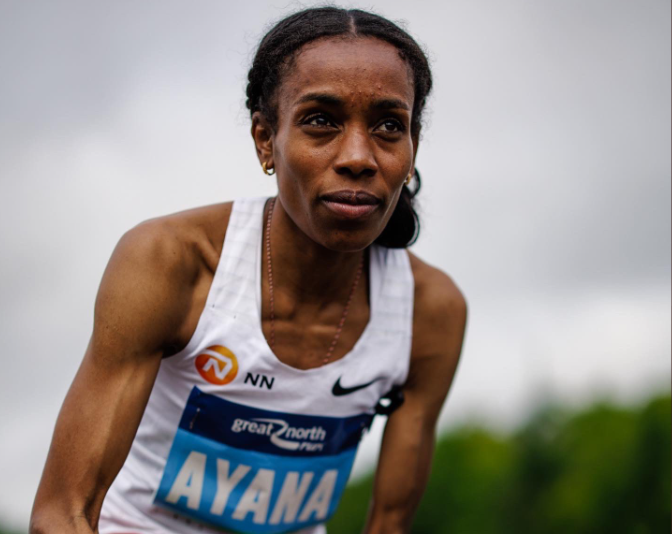 According to a press release from organizers, two of the all-time greatest distance runners Almaz Ayana and Genzebe Dibaba of Ethiopia will be debuting in the marathon on October 16 in Amsterdam.

Dibaba is the current world record holder in the 1500m event with her 3:50.07 performance from the Monaco Diamond League in 2017. The record catapulted Dibaba above several very suspect records from China that have been on the books since the 1990s. She is the 2015 Beijing World Championships gold medallist and 2016 Rio Olympic silver medallist. The 31-year-old is a 14-time Diamond League champion.

Ayana broke the world 10,000m record at the 2016 Rio Olympic Games with what was one of the greatest distance performances in Olympic history. She clocked a 29:17.45 finish to win the gold medal. She had bettered the previous world record by over 16 seconds. So fast was her run that accusations flew about performance-enhancing drug usage. She answered that “god is my only drug.”

Ayana finished third in the Great North Run half marathon on Sunday, finishing in the time of 67:10 behind Kenyans Hellen Obiri and Peres Jepchirchir the current women’s-only half marathon world record holder with her 65:06 performance. Jepchirchir took gold during the Tokyo Olympic Marathon beating fellow Kenyan Brigid Kosgei who is the current world record holder with her Chicago 2019 performance of 2:14:04.

The current Amsterdam Marathon record is 2:17:57 by Kenyan Angela Tanui. Both will be looking to better that time.

On September 8 NN Running Team announced that Ayana had joined the organization that includes the likes of Eliud Kipchoge, Kenenisa Bekele, Joshua Cheptegei, and Letesenbet Gidey among other very notable athletes.

The two will be competing against Tsehay Gemechu, among others. Their 23-year-old Ethiopian has a personal best of 65.01 in the half marathon and finished fourth in the 5,000m at the 2019 World Athletics Championships.