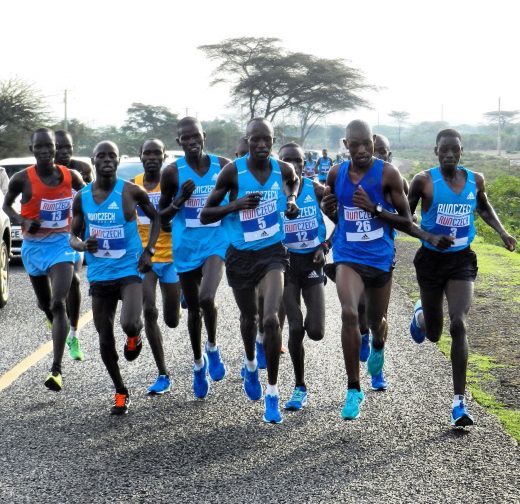 Two years ago, the running world lost athlete manager Zane Branson.  His agency wrote after Sunday’s event, “…and five editions of Aloha Zane Branson Memorial 15K later, we are happy that the spirit of care and camaraderie is strong as ever.”

Upon his passing, the Aloha Zane Branson Memorial 15K was started.

The 2017 edition was the most competitive ever — With eight athletes under 44:00 minutes and seven more under 45:00 minutes; and with the addition of lady’s race, there were 11 finishers.

Special mentions go to: Wilfred Kimitei (2nd victory and new CR), Josphat Tanui (2nd place finisher after winning 3rd edition), 10K World Leader Benard Kimeli (finished 6th after leading in crucial stages of the race), Evans Cheruiyot (finished 5th, participated in all 5 editions of this event, most improved athlete from 46:51 in August 2015 to 43:55 in July 2017) and Boston 10K and Berlin Half Marathon winner Joan Chelimo (assisted by make pacemaker, Joan set women’s standard in 50:25 and time to beat in the future).Attached are results and photos from July 2017 edition of this biannual event held in Kabarak, Kenya on 24 July.

Below are results from July 2017 edition of this biannual event held in Kabarak, Kenya on 24 July. 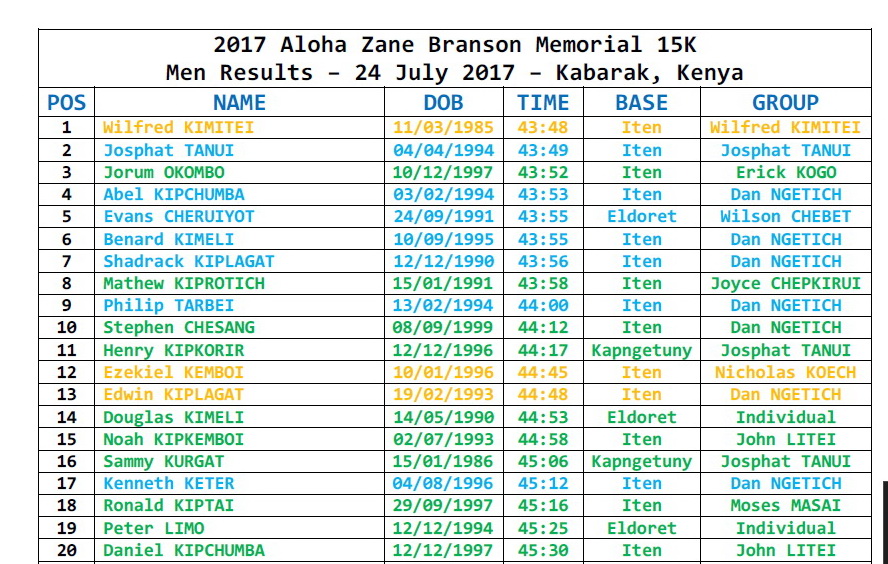 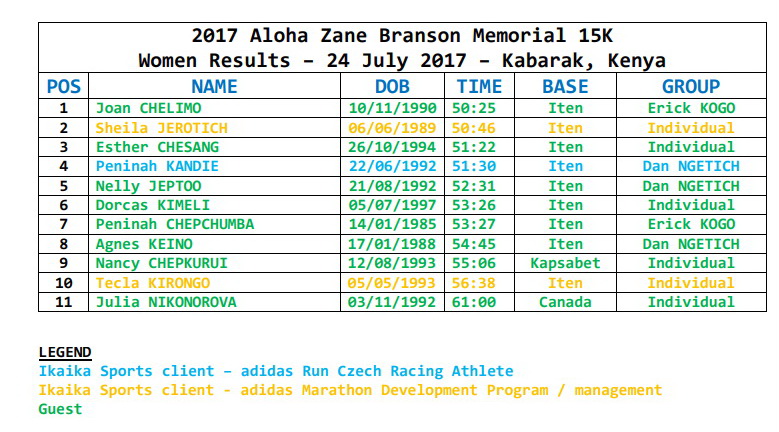