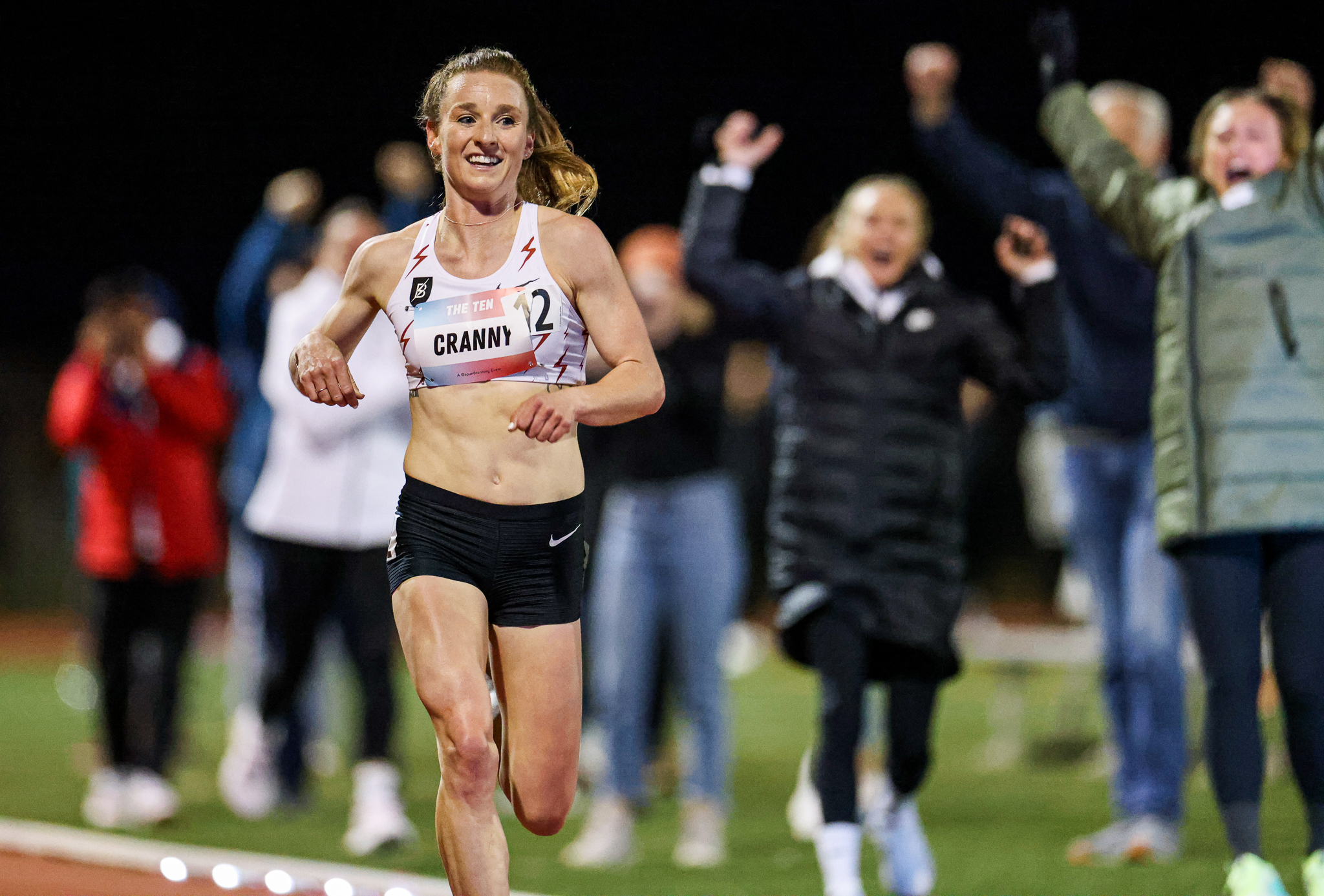 Fisher took out Galen Rupp’s American record with a stunning 26:33.84 performance. It was the second record of Rupp’s that Fisher has improved this season. On Feb. 12, Fisher ran the indoor 5000m distance in the time of 12:53.73 in Boston.

Fisher caught Bowerman Track Club (BTC) teammate down the final stretch for the win. Ahmed, finishing second improved his own Canadian record by 25 seconds with his finish time of 26:34.14.

Rayner and countryman Pat Tiernan were chasing the World Championships qualifying standard of 27:28.

Raynor finished ahead of the standard and in third place while breaking the Australian record in the time of 27:15.35. Tiernan missed the standard clocking a 27:45.95. Eighteen athletes finished sub-28-minutes in that race. Eight finished sub-27:28 for the World standard happening in Eugene, OR this summer.

Four of the top five finishers are with the BTC.

In the B-section, Canadian Lucas Bruchet won in the time of 27:56.12 for a new personal best. Four seconds back was American Ben Eidenschink in 28:00.04, and the third-place finisher was fellow American Willy Fink clocking a 28:06.36.

The second to go was a world qualifying event for most of the athletes.

BTC athlete Elise Cranny nearly took down Molly Huddle’s American record with her 30:14.66 performance. She had no competition in the race. The second finisher was 45 seconds back at 31:00.10 in South African Dominique Scott with adidas. Canadian Andrea Seccafien took third in 31:15.78. Huddle’s record in 30:13.17 was achieved during the Rio Olympic Games where she finished sixth.

Seccafien nearly improved on her own personal best which is the national record of 31:13.94, which she set in May of 2021.

The South African record is 30:52.51 and is still owned by Elana Meyer from her 1994 London, UK performance.

Elise Cranny just became the 2nd fastest American of all time with this race! She closed with 30:14:66, lap times ranging from 71 to 75… but then right back around again. 🔥A PB for Elise by 33s.