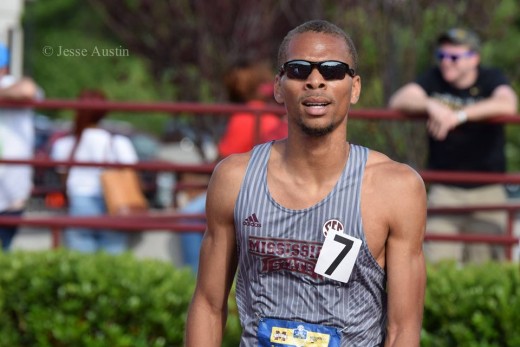 Canada has plenty of emerging talent in the sport of athletics. Much of it was on display during the 2016 Canadian Track and Field Championships and Rio Olympic Trials in Edmonton.

Brandon McBride in the 800-metre event is looking to take the mantel from the retired Gary Reed as a serious medal threat and Canada’s fastest in the distance. The 21-year-old is already the second fastest Canadian all-time, behind Reed.

Reed owns the national record of 1:43.68. He won a silver medal in the 2007 IAAF Osaka World Track and Field Championships and finished a heart-breaking fourth during the 2008 Beijing Olympic Games; it was a near photo finish performance.

That result was faster than the Rio Olympic standard of 1:46.00 that he needed to eclipse to provisionally qualify

for Team Canada. The next step would be to finish first or second in Edmonton at Foote Field. He took care of that too.

“I’m extremely happy with my performance. It’s a big deal to officially punch my ticket to Rio!” said McBride. He added, “…so emotional. I look forward to racing the best in the world [in Rio].”