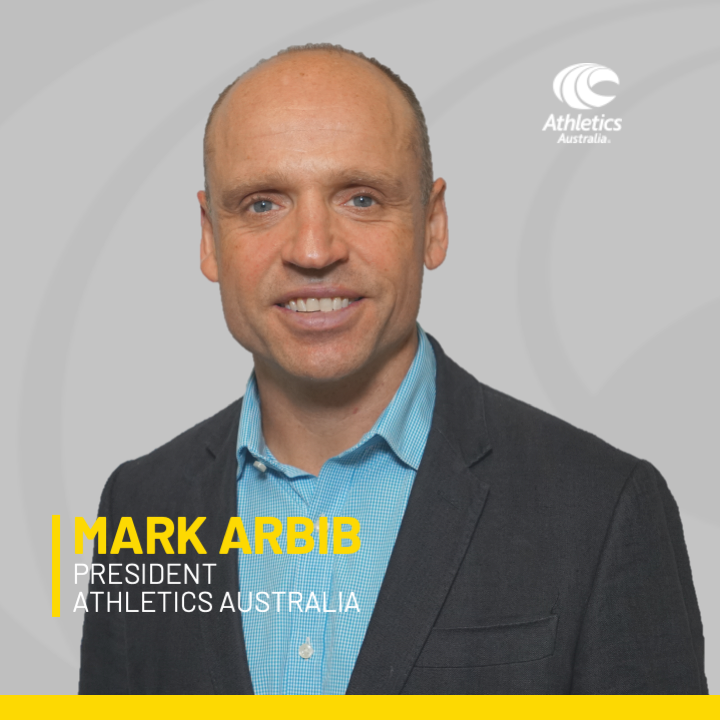 I am writing on behalf of the Board of Athletics Australia with an update following our Annual General Meeting on October 30. Firstly, I want to thank all that were able to attend this year’s AGM, which shone a light on the excellent work that Athletics Australia is doing in a challenging year, not least the great forward progress around OneAthletics, which has been made evident through this weeks’ OneAthletics Public Forums.

As tabled at the recent AGM, Brenda LaPorte has resigned from her position as Athletics Australia Vice President. Brenda has served on the board since 2014 with roles on the High-Performance Advisory Group, Nominations, and Ethics and Integrity Committees, as well as Chair of the Local Organising Committee for the World Athletics Cross Country Championships. I want to thank Brenda for her service to Athletics Australia and the athletics community.

In the week following the AGM, Eugenie Buckley has also advised of her resignation as a Director on the Athletics Australia board, where she has served since October 2019. I want to also thank Eugenie for her contribution to our sport.

This week we were delighted to announce the appointment of Kate Palmer AM to the Athletics Australia Board of Directors, effective immediately. Kate is an experienced and highly regarded executive in the sporting community having formerly held the positions of Chief Executive Officer of Sport Australia (2017-2020) and Netball Australia (2007-2017). We are delighted to welcome someone of such outstanding calibre to our Board.

I am also especially pleased to be able to congratulate Geoff Nicholson on his appointment to the position of Vice President. For Geoff, it is a well-deserved recognition of his work on the Athletics Australia Board and long-term commitment to our sport.

In addition to Geoff’s appointment as Vice President and Kate’s appointment as Non-Executive Director, Jane Flemming OAM joins the OneAthletics Governance Committee; and, Chris Wardlaw has been appointed to the Board of the Local Organising Committee for the World Athletics Cross Country Championships in an interim capacity until new Board members are appointed.

I would like to congratulate Geoff, Kate, Jane and Chris on these appointments. Jeff Cook will Chair the Nominations Committee. Athletics Australia Vice President, Jan Swinhoe will join this Committee. Jeff, Jan and the Committee are now arranging a process of filling vacant board positions.

I also want to pay special recognition to Anne Lord, who having served her full nine-year team on the Athletics Australia Board has resigned from her board position. Anne has been an outstanding contributor to Athletics Australia and the athletics community, including her involvement in the development of our Reconciliation Action Plan (RAP) and Special Awards Committee’s. We know Anne is not lost to Athletics, but I want to thank Anne for her service on our Board.

I am pleased to serve as the President of the Athletics Australia Board alongside Jan Swinhoe (Vice President), Geoff Nicholson (Vice President), Jeff Cook, Jane Flemming OAM, Chris Wardlaw and Kate Palmer AM and look forward to welcoming up to two new representatives on our Board.