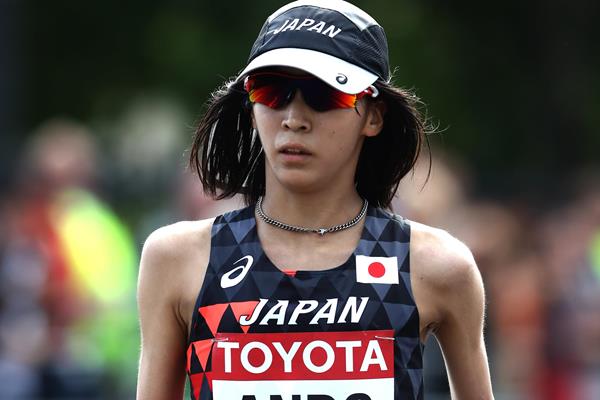 The race serves as the 102nd women’s marathon national championships and one of the Japanese marathon team’s qualifying races for the 2018 Asian Games. It’s also part of Japan’s Marathon Grand Championship series, a group of qualifying races for the 2020 Tokyo Olympic marathon team trial race. In order to qualify for those trials, runners must finish in the top three with times under 2:28, or finish in positions four through six with time under 2:27.

Ando clocked the fastest ever debut marathon by a Japanese woman when finishing second at the Nagoya Marathon last year in 2:21:36. She went on to finish 17th in the marathon at the IAAF World Championships London 2017. Sunday’s will be her third race over the classic distance.

Although Ando is not in the same form she was in Nagoya last year, she’s still considered to have a shot at breaking the course record of 2:21:18 set by Mizuki Noguchi in 2003.

Two young promising runners will toe the line on Sunday, Honami Maeda and Mizuki Matsuda. Maeda, 21, won last year’s Hokkaido Marathon in 2:28:48. She made her debut in Osaka last year, finishing 12th with 2:32:19. In December she improved her half marathon time by nearly two and a half minutes to 1:10:22; her goal for Sunday is to crack 2:26.