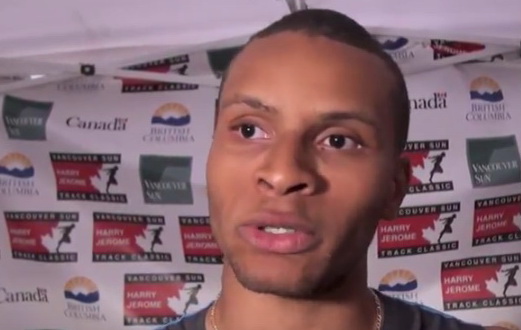 He is the first man to win a medal during these Olympics.

The race was won by Usain Bolt of Jamaica, who became the first 100-metre sprinter in history to three-peat the distance as the Olympic champion. Bolt, as per his typical race was not the first out of the blocks, but he continued to accelerate and hold pace to finish well in front with a 9.81 performance.

De Grasse from Scarborough, also did not have the fastest start and appeared to come from behind to take third and he nearly caught 34-year-old American Justin Gatlin as well, who won the silver medal in the time of 9.89.

The second time that he tested positive was for a precursor to testosterone.

Gatlin blamed his massage therapist for rubbing testosterone cream on his buttocks. Gatlin’s coach Trevor Graham has had eight of his athletes test positive for PEDs.

Gatlin has run his fastest times after he turned 30, raising alarm bells and concerns that he was continuing to dope.