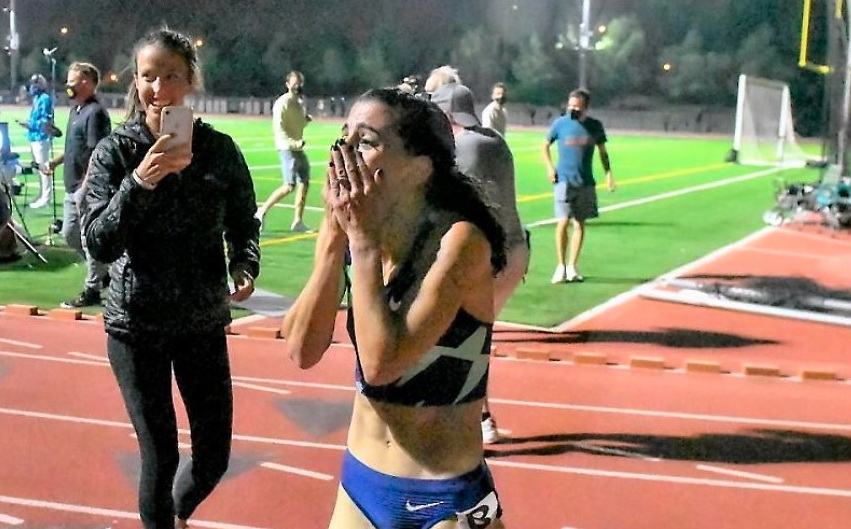 It was expected that Andrea Seccafien from Guelph, ON would take the Canadian record in the 10,000m distance on Friday night. She did just that by over 27 seconds. The 30-year-old clocked a 31:13.94 to not only take Natasha Wodak’s long-standing record but also bettered the Tokyo Olympic standard for the distance which is 31:25.

Wodak used social media earlier in the day to say, “I think my record will be going down tonight.”

Seccafien won the race at the Sound Running Track Meet by more than seven seconds over Kenyan Ednah Kurgat who finished in the time of 31:21.65. American Sara Hall finished in third place at 31:21.90. Eleven women ran under 32-minutes, 22 went under 33, but just the top three got under the Olympic standard. All three ran new personal bests.

This isn’t the first national record that Seccafien has taken from Wodak. In 2020, Wodak broke the half-marathon record in Houston. She was the first Canadian to get under the 70-minute benchmark with her 69:41 performance. Two weeks later in Marugame, Japan, Seccafien, who now trains in Melbourne, AUS took three seconds off the time with a 69:38 clocking.

There were two men’s races. In the faster section, Moroccan, Zouhair Talbi, won in the time of 27:20.61, seven seconds below the Olympic standard. Like the women’s race, three men ran under the Tokyo standard which is 27:28.00. Kenyan Emmanuel Bor and American Joe Klecker, finished in second and third positions clocking 27:22.80 and 27:23.44, respectively.

It was a new personal best for all three athletes. Ten men ran sub-28, while 24 of 27 nipped under 29-minutes.

The meet continues through the weekend.