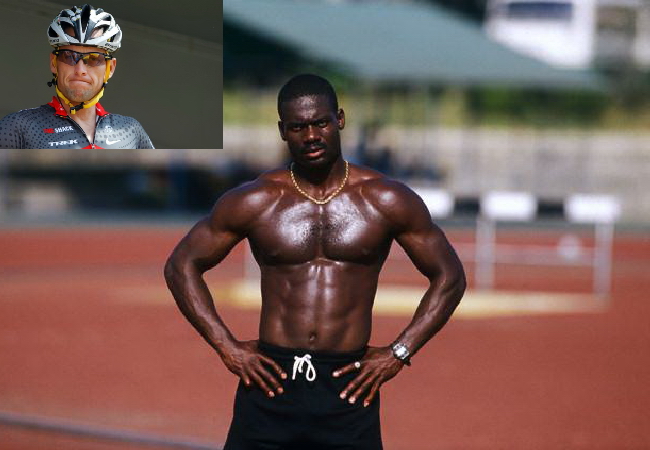 If you have spent the last twenty-five years getting over the drama and disappointment of Ben Johnson’s world record gold medal win in the 100m at the 1988 Olympic Games and subsequent disqualification and positive test, I do not suggest watching the ESPN 30 for 30 special 9.79 which premiered at the Toronto International Film Festival this summer and aired on TSN this week.

Carl Lewis, who has long come off as somewhat arrogant and phony (and not exactly the best singer) shows that time has not dulled his worst attributes. Much of what was contained in the documentary was not necessarily new – the positive test by Lewis at the 1988 US Olympic Trials for a banned stimulant has long been in the public domain.

What was rather interesting were the claims by Johnson that someone from Carl Lewis’ entourage may have played a role in his positive test — by spiking his drink and somehow gaining access to the test room when Johnson’s sample was taken. I have long discredited those rumours – but the sleazy way Lewis and his coach Joe Douglas denied them and the way the member of that entourage didn’t deny the allegations at all is very eye-opening to say the least.

Regardless of your take it is a documentary well worth watching.

So it comes down to this for Lance Armstrong, who like Marion Jones and others before him, finally faces his comeuppance after years of intimidation and obfuscations. It would be easier to feel sorry for him had he not tried to ruin those such as Greg LeMond and David Walsh who had the temerity of questioning the questionable.

For whatever good Lance has done in his fight against cancer, he has done even more damage to the sport of cycling in the eyes of the public. It was certainly dirty before he got involved but there will forever be a “where there is smoke, there is fire” mindset in the public’s eyes to any cyclist. Perhaps skepticism is healthy, but if truly incredible performances (such as what Armstrong’s appeared to be doing) can inspire others to make themselves more healthy, then the damage he has done to the power and inspiration from the sport of cycling, disappears.