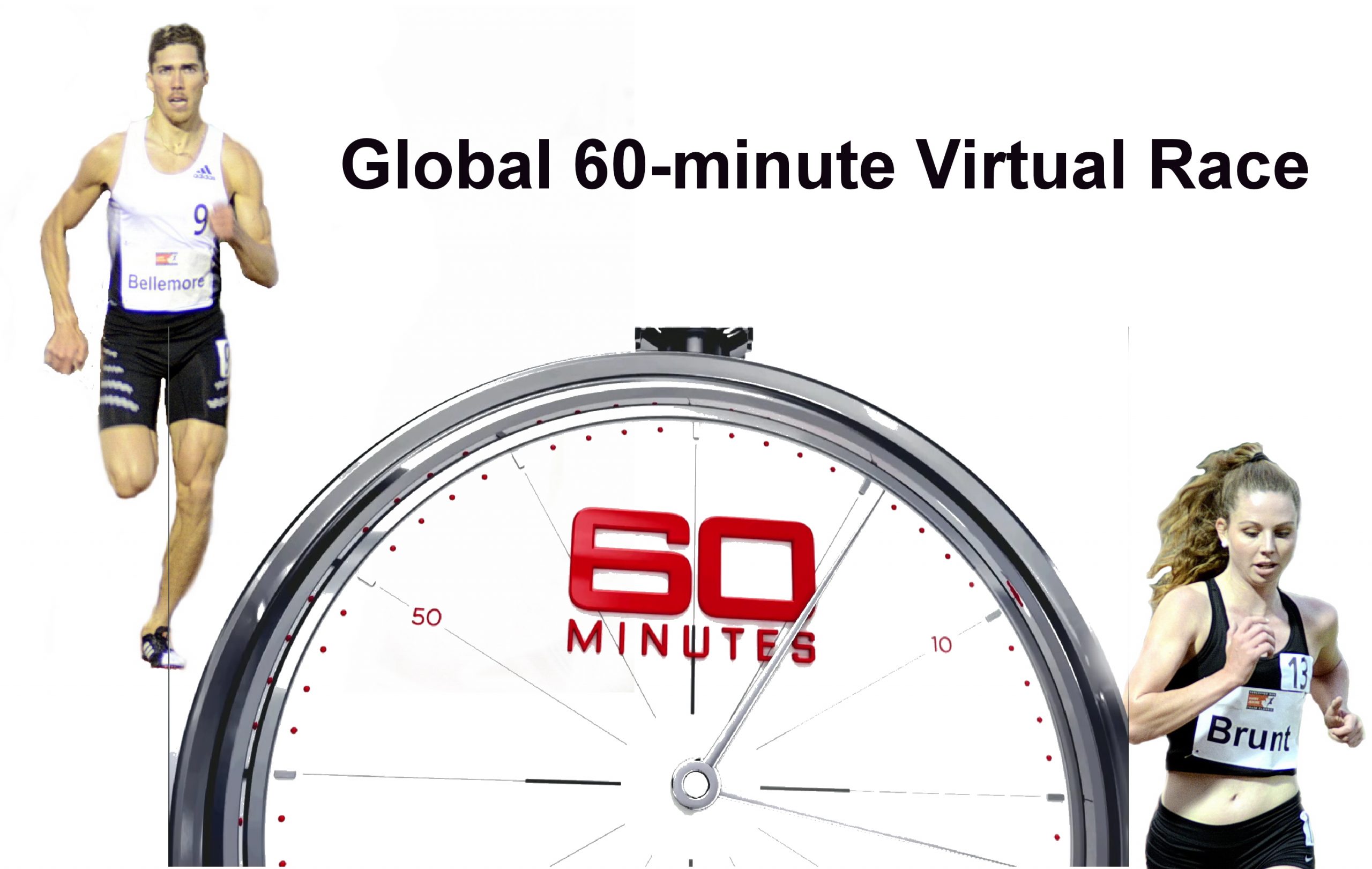 Editor’s note: One missing runner has been added since, which will reflect in a change to the results and story May 25, 2020, 4:30 PM PST

Nobel Prize-winning poet Rudyard Kipling wrote, “If you can fill the unforgiving minute     with sixty seconds’ worth of distance run, Yours is the Earth and everything that’s in it,     and—which is more—you’ll be a Man, my son!”

That came out in the final stanza of the poem, ‘Brother Square-Toes’—Rewards and Fairies.
Of course there were other criteria within the poem that were required for the “boy” to prove manhood, should he carry them out.

However, runners enjoy the refrain and in this case The Global One-hour Virtual Race was about filling the unforgiving hour with 60-minutes worth of distance run (or racewalked).

Victoria’s Andrew Russell filled his 60-minute allotment with the most distance run to take first place overall. He ran 17.68-kilometres. In second place was Robert Johnson from Brentwood Bay, BC with his performance of 16.87K, while the third-place finisher was Dustin Quigley of Kelowna covering 16.56K.

Russell and Johnson both helped squeak out the team win for the Prairie Inn Harriers running club, who trailed the tough Comox Valley Harriers for three weeks before an 11th-hour chase ensued.

“Running a time-based event like this was a first for me and I found it refreshing. Without a finish line set I found myself motivated to keep pushing, keep eating up the road. In distance-based events such as a 10k I often run to the finish line whereas here I had the mentality of moving that finish line further and further ahead. It was also easier to pace, the time was set so I was able to clearly break it into pieces (4×15 min). Thank you Chris for your hard work in organizing and providing some race-like energy to us all during these times,” shared Russell.

The first woman also counted as a top-five Harrier to help with the team win. She also sat in first overall for one week. Natasha Wodak of Vancouver is a 2016 Rio Olympian and Canadian record holder in the 10,000-metre event (31:41.59). She also owns the national 8K road record and in January in Houston, she set a new national half-marathon record of 69:41 (since been bettered). She submitted her first 60-minutes out of her virtual BMO Vancouver Half Marathon running to 16.1K.

In second was Alexandra Gordichuk of Edmonton, who was representing the Running Room She was followed in by Yana Hempler of Victoria. They got as far as 13.65 and 12.14K, respectively.

In the team event, it appeared for two weeks that the Comox Valley Road Runners were running away with it. At the 11th hour, Andrew Russell and Robert Johnson popped their 1-2 performances to take a 15-point lead, but not before CVRR’s Derek Vinge laid down a strong 16.40K performance. He finished fourth overall. In the end the Harriers came out on top by 10 points.

Also in the running was the Tuesday Night Late Workout Group from Victoria, followed by the global team of the Hip Runners – people who had at least one hip replaced and the Running Room (RRAC). The Hip Runners had the team lead for the first week of the competition.

The Comox Valley Road Runners dominated the age-group standings, which will be available soon.

They also dominated on the mountains. In the elevation gain category, Keith Wakelin at age 61, took the win with 980m gained over just 3.2K run. Fellow CVRR Gavin Then ran the exact same route and finished one metre short at 979m gained over 3.16k. The course is on the popular island bush-mountain run called the Kusam Climb. Not for the faint of heart, nor is the descent. The two submitted multiple results trying to outdo each other, Wakelin prevailed in the end.

“I am almost s*** my pants when I found out that he finished one-metre short of me,” said Wakelin.

Then and Wakelin craftily used their descent off the mountain as their elevation loss category performances which gave them 1-2 in reverse order. Then lost 1208m, while Wakelin just 914m.

Evan Dunfee of Vancouver, a 2016 Rio Olympic fourth-place finisher, took to the streets and hammered out an impressive 13.40K walk. Fifty-six-year-old former Olympic-level racewalker Allen James for the USA finished second with 11.42K. The performances will prove to be close in the age-grading category. In third was Rupert van Dongen with his solid 10.01K walk for TXR Runners out of Parkdale, Australia.

The first woman was Susan Gordon from Saltspring Island, BC. She covered 8.04K – a fast performance for the 60-plus age-group athlete.

Get your friends, co-workers, relatives, and club mates together for the Virtual 5K Ekiden with age-graded handicap.