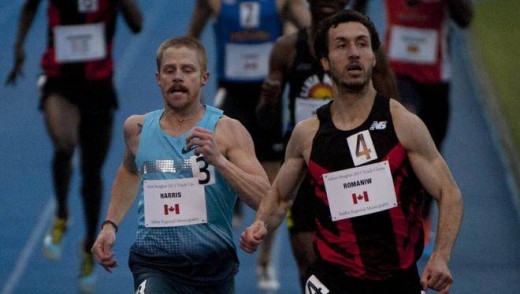 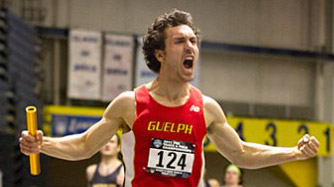 Speed River Track and Field Club’s Anthony Romaniw, who is coached by Dave Scott-Thomas, is turning in a spectacular breakthrough season.

In Karstad, Sweden, the 800 metre specialist ran to a near-personal best time of 1 minute and 46.68 seconds. He was poised to win the race however, was clipped with 50 metres to go. He did regain his balance, but lost his momentum and any chance at the win.

He followed the Karstad race up with a brilliant 1 minute and 45.60 performance in Ninove, Belgium on July 27th. In this race he took half of a second of his personal best time, “Ninove was pretty simple. Dave (Scott-Thomas) and I agreed that I needed some practice going a bit slower through 400 metres, so I hung back early,” said the twenty-one-year-old. “ The plan was to make a strong, decisive move late in the race. I think I moved just before 200 and felt that I could catch Felix and Charles. I left it a little late but the PB was a huge plus. There is more in the tank though. I felt very comfortable in the final 50m which is not common for me when I run personal bests.”

Romaniw will top his breakthrough year by competing in the 2013 IAAF World Track and Field Championships, that take place in Moscow, Russia starting August 10 and finishing up on the 18th.

Romaniw joined the Speed River Track and Field Club in 2012 after competing for the University of Dartmouth Big Green. He is originally from Hamilton, Ontario and moved to Guelph to work with Dave Scott-Thomas who coaches other Speed River athletes heading to Moscow, including Chris Winter and Alex Genest, who will compete in the 3000 metre steeplechase event.

Asked about his expectations and subsequent improvement, Romaniw said, “My expectations this winter were dependant on if I could put together the kind of training that I had planned. If that was going well, then I thought I had a pretty good shot at the B standard. My indoor races were showing fitness in the 1:47 range so a 1:46 low made sense to me. Taylor Milne mentioned to me after a 600m prelim at the CIS championships that I could run 1:45 this summer, and Dave has always said that I could. I made 1:45 my goal.”

Canadian Standards for the 2013 IAAF World Track and Field Championships: