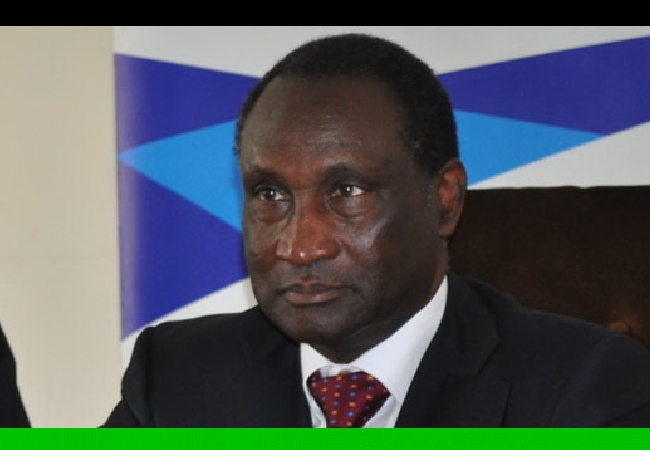 Athletics Kenya’s Chairman Isaiah Kiplagat, gave a one week ultimatum to all foreign athletics coaches working in Kenya without work permits to leave. Kiplagat claims that the foreign coaches are responsible for the latest spate of drug use allegations, most notably from German journalist Hajo Seppelt, who acted as a sport agent, and reported that performance enhancing drug use in Kenya is rampant by both Kenyans 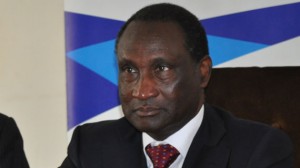 and foreign athletes training in the country.

Kiplagat goes on to say that only Mathew Kisorio has had a positive test. “Besides Kisorio, we don’t know the other four athletes who are said to have tested positive. In fact they are no longer Kenyan citizens because they are running for other countries.”

If Chairman Kiplagat does not know who the other athletes are, then how does he know that they are running for other countries?

Where was Kiplagat’s sense of urgency, on September, 3rd 2003, when Moses Kiptanui, three-time 3,000m steeplechase IAAF World Championships Gold medallist said at that time that he was dismayed to see the name of Kenyan Athletics being sullied, from recent suspicions that were aired. Two days later Ambrose Bitok was banned for using EPO and Pamela Chepchumba was handed a two-year ban after testing positive for EPO at the IAAF World Cross Country Championships in Lausanne, Switzerland.

Kiplagat said, “they are (the foreign coaches) behind all these claims and their aim is to portray Kenyan athletes in bad light in the pretext of coaching them.”

Perhaps it is Kiplagat’s English, but it appears that he is grasping at phantom fears. Here, he is saying that the foreign coaches are giving his athletes drugs for the purpose of shining a bad light on them, and they are doing this under the guise of coaching these athletes. In my opinion this sounds outrageous on the same level of outrageousness as Kiplagat’s statement in the same article where he said that Kenyan athletes train ten times per day, “Kenyans generally work hard. It’s not possible to beat Kenyans who train even ten times a day as compared to other foreign athletes who train once a day.”

Luckily for him, he is completely inaccurate, otherwise if Kenyan athletes can stand 10 training sessions per day, WADA would need to carry out the most thorough and expensive testing procedures in the history of the sport. Kenya doesn’t contribute enough money to justify it. The Rift Valley would be a crowded scene of lab coats and beakers.

Former 1500m silver medallist and former Kenyan Bernard Lagat, was provisionally suspended by Athletics Kenya (AK) after testing positive for blood-boosting supplement EPO. Some of the other Kenyan athletes to have been suspended are:

Although Kenya has a relatively clean history compared to other countries like the United States and Russia, they have been caught. Just as Jamaica has. Five Jamaicans Yohan Blake, Allodin Fothergill, Lansford Spence, and Marvin Anderson each served a three month ban, and Sheri-Ann Brooks got out of a ban completely for not being informed of a B sample drugs test. This is not the support that WADA needs from national federations.

Wikipedia’s list of suspensions, which is taken from IAAF and WADA publications (cited) indicate that Kenya has had approximately 12 suspensions handed out over the past decade, where the United States has had 76 and Russia and former Soviet Union combined have had about 50. Ironically, Jamaica has had about 12 as well. Both Jamaica and Kenya dominate in their respective sports and have small populations. The key issue here is, that they both do not have out of competition testing that is anywhere near as rigorous as other countries. Nor do they provide suspensions that hurt an athlete’s career. Where is the lesson in a three month suspension?

Kenya’s 2012 contribution to WADA’s annual operating budget is just $2,880 dollars. Jamaica’s is just over $4000. These dollars are automatically matched by the Olympic movement. The United States paid $1,915, 457 and Russia over $720,000. China paid about $240,000. Ironically, it appears there is an almost reverse correlation between dollars contributed to WADA and suspensions handed out to those respective countries. Are the dollars that are being brought in working in a fair and equitable manner?

The question remains whether the biological passport system is fair, are athletes from first world countries being tested more rigorously than athletes from third world countries? And are the suspensions equal? Former head of WADA Dick Pound, has gone on record to say that when it comes time for testing, “the Jamaicans they cannot be found.”

Pound also said, “sports federations are issuing two-year bans for serious doping offences, when they already have the option to impose a four-year ban,” claiming that the federations do so to protect doped athletes.

He said: “We now have better evidence that a good steroid programme will last you two to four years, so we have a four-year ban. But most of the sports federations are not interested in it; they want the lower penalty because it doesn’t keep their stars out of action so long. They don’t care sports-performance wise.”

If Dick Pound is correct, then national federations need to have enforcement thrust upon them by WADA and the International Olympic Committee to test their athletes as rigorously as all other federations. The testing should be done on an even playing field.

*Suspended for refusing to take test.