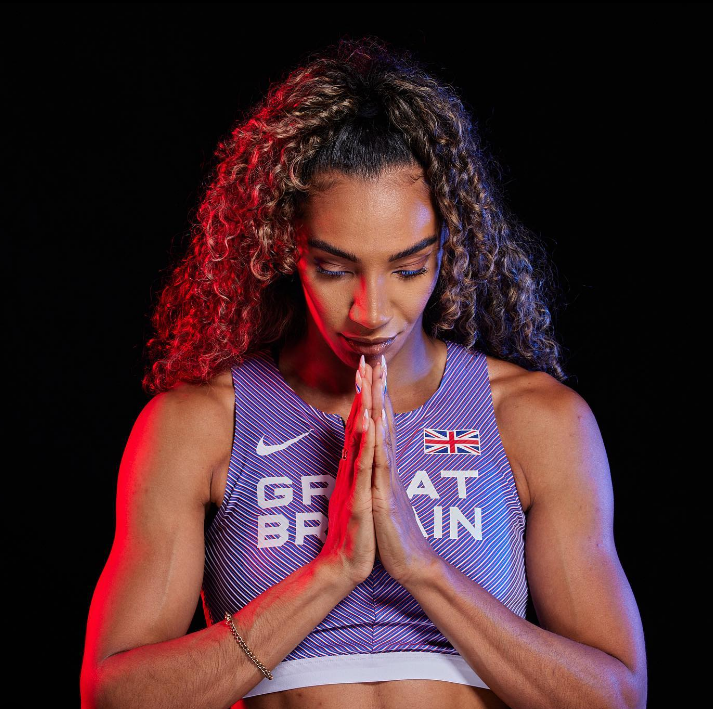 The 2014 European 100m bronze medallist, who was also part of the 4x100m relay gold medal-winning squad at those Championships in Zurich, will lead the team at the 2022 edition in Munich.

Nelson burst onto the scene at the World Youth Championships in 2007, winning bronze in the 100m, and added World Junior silver the following year. After injury battles, her medals in Zurich eight years ago were a major highlight in her career.

The City of Stoke athlete has continued to be an important member of the women’s 4x100m relay squad over the last decade, winning bronze in Moscow in 2013, and part of the silver medal-winning team at the 2019 Worlds in Doha.

The 31-year-old said on receiving the captaincy, “It’s been 24 hours of surprises, but it is an absolute honour. I’ve been on this senior GB & NI team since Beijing 2008, and this is the first time I have been captain. Getting to stand in front of the whole team and tell them a little bit about yourself, but most of all to try and inspire them, is a huge honour.

“I’ve got a story of success, but also of struggle. I hope that is something everyone can relate to. We all train really hard, we all have our ups and our downs, and I hope I can inspire them to go out there and do battle.

“I’ve been taught by the best; your Jeannette Kwakye’s, your Christine Ohuruogu’s. I always remember saying to Christine, ‘I really feel nervous, how do I not feel nervous?’ And this is after she’d won her Olympic gold, and she just turned around to me and said ‘you’re not going to be the only one out there who is nervous. I still get nervous.’ And all of a sudden, I thought if she can feel nervous as Olympic champion, then it’s ok that I do too. Nerves mean it is important to you. I hope I can translate that sort of message across to the new members of the team, but also remind the older team members that they should go out there and ‘show them who is boss’ as my nan and Grandad would say.”

Olympic Head Coach, Christian Malcolm said, “Ashleigh has been an important member of the Great Britain and Northern Ireland team over a number of years. 15 years after her first success for GB&NI in Ostrava, she continues to be an incredible team player, is very hard working, and has overcome injury struggles over the years, and she continues to excel at the highest level.

“Ashleigh will lead our biggest ever team at a European Championships, so this is a fantastic honour for her. She brings so much experience to the team, and I have no doubt she will be a brilliant captain for this team for these Championships.”

UK Athletics can confirm Asha Philip will miss the women’s 100m at the World Athletics Championships following a positive covid test result. Following European Athletics’ Covid-19 procedures, and in line with the GB&NI medical team, Asha has been withdrawn from the event on Monday 15 August. Therefore, Ashleigh Nelson, who was already selected as part of the 4x100m relay squad, will come in for Philip in the individual 100m.

Malcolm added, “We are obviously very sad for Asha that she is unable to compete on Monday. We have carried out all the necessary covid procedures pre travel but due to the timing of the positive test, and following European Athletics’ covid guidelines, she will have to remain in self-isolation on the day of her event. We will monitor the situation to see if she will be able to race as part of the 4x100m relay team later this week.”

There has been one further withdrawal from the team which is Tom Bosworth who will no longer compete in the 20km Race Walk next Saturday.

Day one of the athletics programme sees a number of Great Britain and Northern Ireland athletes in action including Commonwealth Games champion Eilish McColgan, the marathon athletes, and a number of track and field athletes kick starting their campaigns.

The women’s and men’s marathons will be the first medal events for athletics during Munich 2022 with four women and five men competing; the races go off at 9:30 and 10:30am (BST) respectively.

Although there are a number of athletes who have received byes through to their semi-finals such as Dina Asher-Smith, Matthew Hudson-Smith and Zharnel Hughes to name a few, there will be lots of GB & NI athletes in heats action, including the shot putters who will be looking to earn a place in the evening’s finals.

Coverage will be on BBC throughout the Championships.