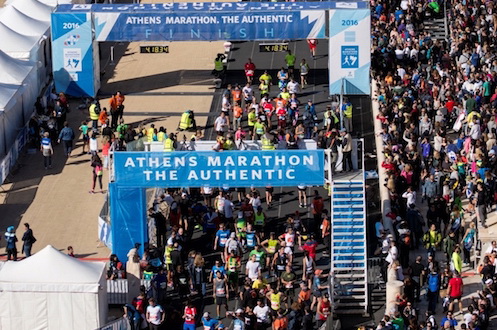 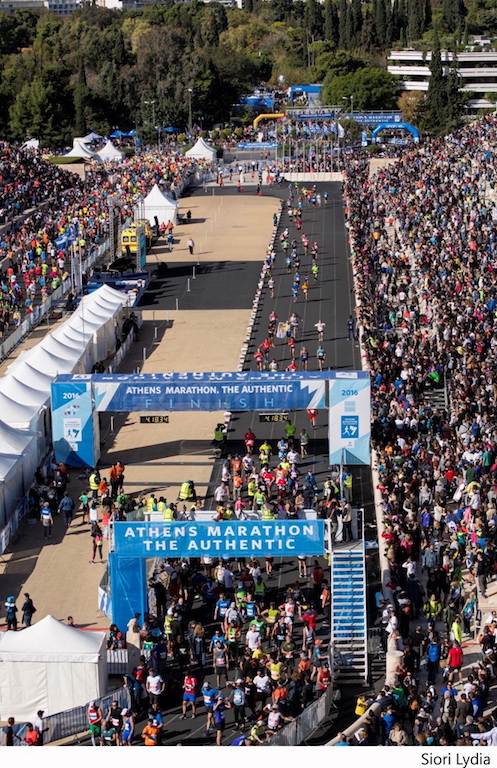 The 35th edition of the “Athens Marathon. The Authentic” takes place on Sunday, November 12, beginning as ever from the coastal town of Marathon and leading elite and mass runners on the challenging course into the heart of Athens and the finish line in the marble arena of the Panathenaic Stadium, venue for the first Olympic Games of the modern period in 1896. The status of Athens as the birth place of the Marathon, going back to the ancient legend of the Athenian soldier Pheidippides, according to many accounts, running back to the city with news of victory over the invading Persians in 490 BCE, remains sacrosanct in distance running lore. But the week leading up to the race highlights equally the marathon scene of today.

Prior to the marathon’s start on the second Sunday morning in November, the spotlight will be shared with the 11th International “Marathon Symposium” of the Association of International Marathons and Distance Races (AIMS), organised by SEGAS, the Hellenic Athletics Federation. The venue for the annual meeting of more than 60 race directors from around the world has become an ideal match since AIMS moved its headquarters to Athens in 2011. Athens will also host the 11th AIMS Best Marathon Runner Awards Gala, with the best male and female runner over the classic distance in 2017 being decided by the votes of the more than 400 AIMS members.

This year over 50,000 runners are expected to register for the various events in the Greek capital. They will include a record of at least 18,500 who will run the classic marathon with more than 8,500 of them arriving in Athens from over 100 countries, making Athens one of the most international marathon races in the world. Registration for the shorter races was already fully booked for local competitors by April.

It is a commonly accepted truth in the marathon world that Athens is among the toughest courses. In that respect the course record of 2:10:37 by the Kenyan Felix Kandie in 2014 is likely to be worth a performance a handful of minutes faster on a less unforgiving course. Whichever man and woman earns their victor’s laurel wreath in the Panathenaic Stadium, they will have done it the hard way – and continued a tradition of endeavour first begun more than 2,500 years ago with the legendary Pheidippides.