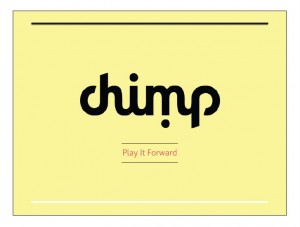 There are also opportunities while transitioning back to training in Canada after leaving the NCAA (where Canadian athletes are not eligible to receive carding), which is a three month transition payment schedule of $1500 per month. There is medical card support as well, for athletes that fall under both categories, should they become injured, ill or pregnant. Although being carded helps to relieve financial pressures, amateur athletes often need to work or take a vow of poverty, to be able to train full-time.

Geoff Martinson for example was training full-time and spending parts of his training seasons in various locations, including wintering at altitude in Arizona. In order for him to compete at a world-class level he organized a fundraiser in his home town of Prince George, BC, off of the prospect of becoming an Olympian, as he had already competed in Daegu, Korea at the IAAF World Track and Field Championships. Martinson is now working full-time as a realtor, while continuing to train however, is taking a break from international competition. How close was Martinson to making the London Olympics in his specialty, the 1500m? Martinson has run as fast as 3:37.56. The Canadian standard to make the Olympic team is 3:38 for the B standard, which he would have to attain twice or 3:35.50, which he would only need to have achieved once.

Would greater funding for Martinson have made the difference? This remains to be seen however, to help cover costs associated with training full-time, Canadian athletes now have the opportunity to set up their own personal foundation for the purpose of fund raising  for charity without all the complicated legal processes getting in the way, while also saving themselves the $10,000 start-up fee that is required to launch a foundation.  Through a  service called Chimp, aspiring athletes who want to be able to afford to train and compete  full-time, can feed a charity or their NSO charitable funds; to help fund themselves, to cover related training and racing expenses, for example travel or massage or physiotherapy.  It is incumbent upon the NSO to recognize the dollars raised by a particular athlete.

At the Chimp website, athletes can set-up their own profile and dashboard to help promote as well as gauge their own fund raising efforts. Potential donors can find out more and follow the progress of  an athlete that they are considering to send money in the name of, through this dashboard.

Fund raising can come in many forms, for example athletes can ask people or organizations to fund them based on performance  metrics or ask for a flat fee or achieving something completely unrelated to performance. Vancouver’s Nikola Girke, a London Olympic competitor in wind surfing was challenged at the rate of a $500 donation to get in a photo that included a member of the Royal family, while she was in London for the  Olympics. She indeed met Prince Charles and produced a photo to prove it. This was no photo bomb, they shook hands. She earned her $500.

Chimp is an acronym taken from “Charitable Impact”. The legal or technical name is  “Donor-advised fund”, which is a charitable giving vehicle administered by a public charity, in this case, Chimp and created for the purpose of managing charitable donations on behalf of an organization or athlete.

The Chimp team is made up of experts in charity (law, finance and compliance) and technology. The founding principles and philosophies behind Chimp come from Benefic Group, a boutique law firm specializing in the benevolent sector. Many of us have also worked at companies like PricewaterhouseCoopers, RBC Capital Markets, ESPN.com, MySpace, and Electronic Arts.

Why John Bromley founded Chimp: “Almost every charitable service is focused on helping charities fund raise, rather than on helping people give. I wanted to help donors participate in charity in easier and more meaningful ways.”