After consulting athletes from around the world, the Athletes Commission will finalise a Rule 50 recommendation in early 2021.

They are expected to put pressure on the IOC to relax Rule 50, which prevents athletes from protesting during national anthems and awards ceremonies.

The rise of tension and protests after multiple killings in the US of people of African descent by police officers has given rise to the protestations.

A framework has been published with a timeline drawn out for the process to begin.

Analysis of the survey will be carried out in November 2020 before discussions with the Commission begins.

A first report is expected to be presented to the IOC Executive Board in December.

The 2020 Amsterdam Marathon — the 45th edition — has been cancelled. The race was scheduled for Sunday, October 18, but due to the coronavirus pandemic is cancelled altogether. 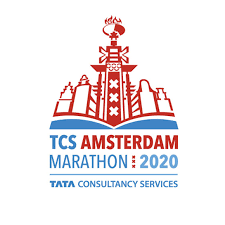 Apparently there has been a spike of 400 new cases each day in Holland.

The race was going to be the national championships.

“It’s extremely regretful that we have had to cancel the TCS Amsterdam Marathon due to the corona crisis,” said Ron van der Jagt, managing director.

The stadium, which will host the opening and closing ceremonies as welll as most athletics events during the 2020 Tokyo Olympic Games (2021) held a meet with some of the country’s best athletes. The event was called the Seiko Golden Grand Prix, which was held on Sunday.

The renovated stadium was re-opened in December 2019, but this was the first opportunity to hold a meet since the pandemic sent the global calendar into submission.

Only athletes, organisers, coaches and media were permitted into the building.