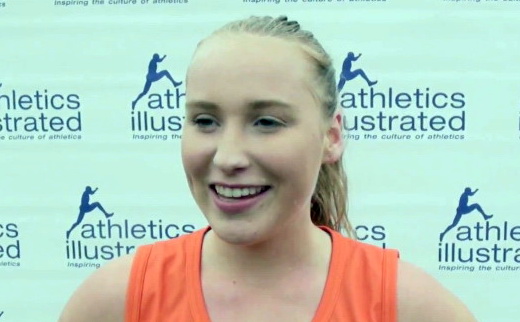 Five Canadian athletes received a late invitation by World Athletics to the 2022 World Championship in Eugene, Oregon from July 15 to 24. Team Canada now comprises 59 total athletes: 34 women and 25 men. Below are the five athletes added to the team:

The 28-year old Proceviat ran a new personal best on June 11 this year clocking a 3:36.09 performance. In February he broke the Canadian indoor mile record at the Boston University last chance meet running 3:52.54. The Burnaby native has competed for two Vancouver, BC area universities, the University of British Columbia and Simon Fraser University.

Grace Fetherstonhaugh also ran a new personal best in the steeplechase this spring at 9:37.56 on June 11 at Hayward Field in Eugene, Oregon, where the World Championships will take place starting July 15. In fact, she has run eight new personal bests already in 2022 (indoors and outdoors). The Oregon State University Beaver grew up in New Westminster, BC.

The 21-year-old Gracelyn Larkin has run the 5000m as fast as 15:29.93 this season, to go all with her collection of six new personal bests THe Rosseau, Ontario native currently runs for the University of New Mexico Lobos in the NCAA.

Catherine Léger clocked a wind-aided 23.01 at McLeod Stadium in Langley, BC at the Canadian Championships one week ago. The Montreal, QC native has also run as fast as a legal 23.32 in April this year.

Anicka Newell has pole-vaulted on the international stage finishing seventh at the 2018 Gold Coast Commonwealth Games and making the finals in the 2019 Doha World Athletics Championships. The dual American-Canadian citizen from Denton, Texas is also a two-time Olympian having competed in both the 2016 Rio and 2020 Toky Games. Her best is 4.70m indoors and 4.65m outdoors.