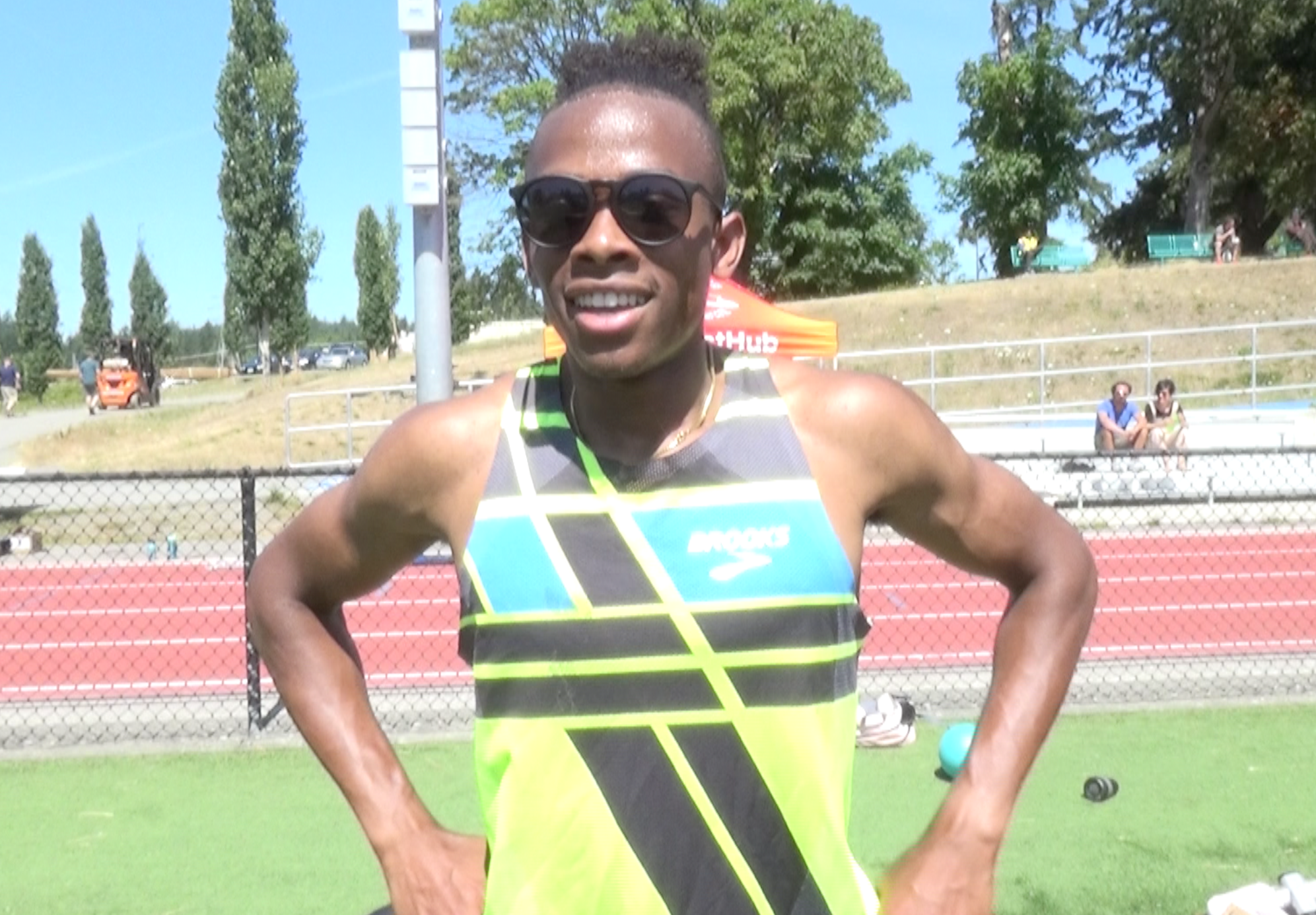 With the athletics calendar decimated due to the Covid-19 pandemic, many athletes are getting in virtual races and time trial efforts to reach a peak and keep interested in their sport while waiting out social distancing.

In Victoria, the Athletics Canada West Hub also Vic City Elite (as a club), are mid-way into their summer time trial calendar. They have been racing at the Pacific Institute for Sports Excellence (PISE) track.

Vaughn Taylor, a 400-metre specialist, took on the 600m distance, but interestingly not necessarily as an over-distance event. He may move up to the 800m depending on how training and time trialling goes. So far, he is off to a good start with a 1:20 effort. Next week he will give the 800m a go.

“This was kind of a way post-Covid to see where I am at,” said Taylor. “with the 800m next week, there are some strategic methods for what coach is putting me through.”

Asked which time he will be looking for next week, he was non-committal, “Honestly, I haven’t run it for four years, so I just want to get a base level performance.”

He is the defending 600m USport indoor champion, so he is familiar with the distance.

Although the warm temperatures may have been a factor on the day, as Victoria had experienced a cool summer until Wednesday, he said with a laugh, “it may have, but I like it.”

Laurence Côté ran the 800m in the time of 2:03, which was hand timed. Her best is from 2019 when she ran 2:01.8 in Memphis, TN. The former Laval University athlete moved to Victoria to train with the West Hub. She is originally from Baie-Comeau, QC.

Erin Teschuk took on the 3,000m distance. She was hoping for 9:00 but ended up a little off that with her 9:24 finish time. The heat may have played a factor. She is a 3,000m steeplechase specialist and will be taking on a 2,000msc next week, sans water pit.

The 25-year-old Winnipeg native was philosophical about her performance.

“It’s been a different build-up this year for sure. We haven’t really focussed on being race-ready this year. Usually, we would be peaking in our race fitness, which we are not right now.”

“This was an indication of where I am at right now in my fitness and was affected in combination with the warmer weather and conditions today.”

Nate Reich, a Canadian Paralympian, ran a good effort with a 1500m 3:52 performance. The 25-year-old’s best is roughly a second faster at 3:51.62 from two years prior. He competes in the T28 category. He grew up in the US and Canada and currently holds dual citizenship.

Peace River, AB Paralympic athlete Thomas Normandeau ran the 400m in the time of 51.4 seconds. The 25-year-old competed internationally for Canada in Lima last year at the 2019 Parapan Am Games in Peru. He was close to his all-time best Wednesday, which is approximately just one-tenth of a second faster from April last year.

It could be argued that the PISE track surface is soft and therefore athletes can lose some recoil and power. Although impossible to measure, time trials are just that and nothing more. It all comes out in the wash during race season. For the AC West Hub athletes, and for athletes everywhere, a racing season will be welcomed back onto the calendar soon.

The next time trial event for the Athletics Canada West hub takes place Saturday, July 18, followed by an event Wednesday, July 22 and Thursday, July 23, all at the PISE track.

“Athletes are at various stages in training and fitness right now, but we are building in some time trial opportunities to give athletes the feel and excitement of racing they are missing out on this summer. It’s also a good mental toughness exercise to have to solo these efforts,” shared Heather Henniger.