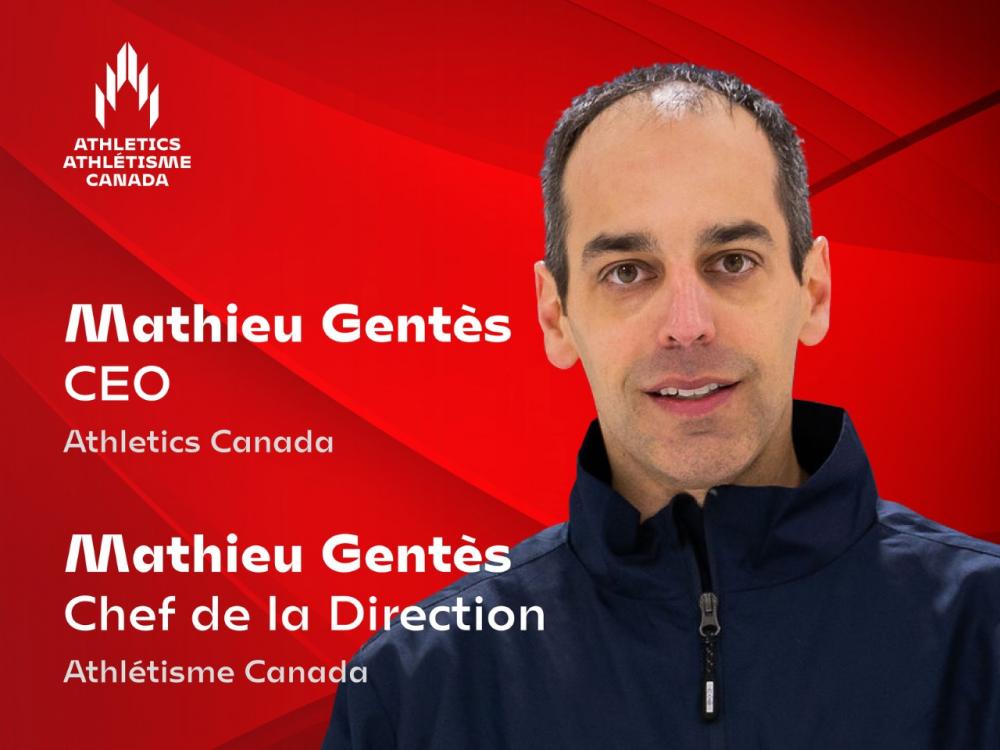 Gentès had served as interim-CEO after the departure of David Bedford earlier this year. Bedford replaced Rob Guy in 2020.

Gentès has been with Athletics Canada since 2005. He held the role of chief operating officer until 2016.

“I’m thrilled to continue my journey with Athletics Canada in the role of Chief Executive Officer. Having held multiple roles since starting with the organization in 2005, I am in the unique position of understanding all facets of our business and the sport.” said Gentès, “I look forward to continuing to collaborate with our member branches and multiple stakeholders and partners to achieve the strategic objectives set out by the organization. The organization is in a great place in terms of culture and quality of people, it’s my honour to have an opportunity to lead this amazing staff.”

The board of directors added in a media  statement: Gentès started with Athletics Canada in 2005 as the manager of marketing and communications after holding similar roles with Softball Canada and the Canadian Colleges Athletics Association (CCAA). In 2008, he became Director of Public Relations & Corporate Services at Athletics Canada, before ascending to the role of Chief Operating Officer nine years later.

As COO, Gentès played a key role in developing Athletics Canada’s current strategic plan to 2028 as well as Athletics Canada’s new branding launched in April 2021. Since the launch of the new brand two provincial associations have embarked in the program, with another one soon to be announced. He developed and launched the Athleticscanada.tv digital platform as well as launched the association’s merchandise program in 2014 which has grown to become a major revenue stream.

He led negotiations and closed two of the biggest national partnerships in Athletics Canada’s history with Hershey and Nike. Gentès also played a central role in developing the Canadian Track and Field Championships / Trials into the financial and sporting success it is today, culminating in Bell’s naming rights partnership through 2024.

“Mat brings a breadth of knowledge from his years with the organization to his role as CEO, said Chair of Athletics Canada Board of Directors Helen Manning. “The board is excited to partner with him and our senior leadership in the path forward to Paris 2024 and beyond.”

A father of two, Gentès spends most of his spare time coaching competitive minor hockey and supporting his kids in their multitude of sporting activities.