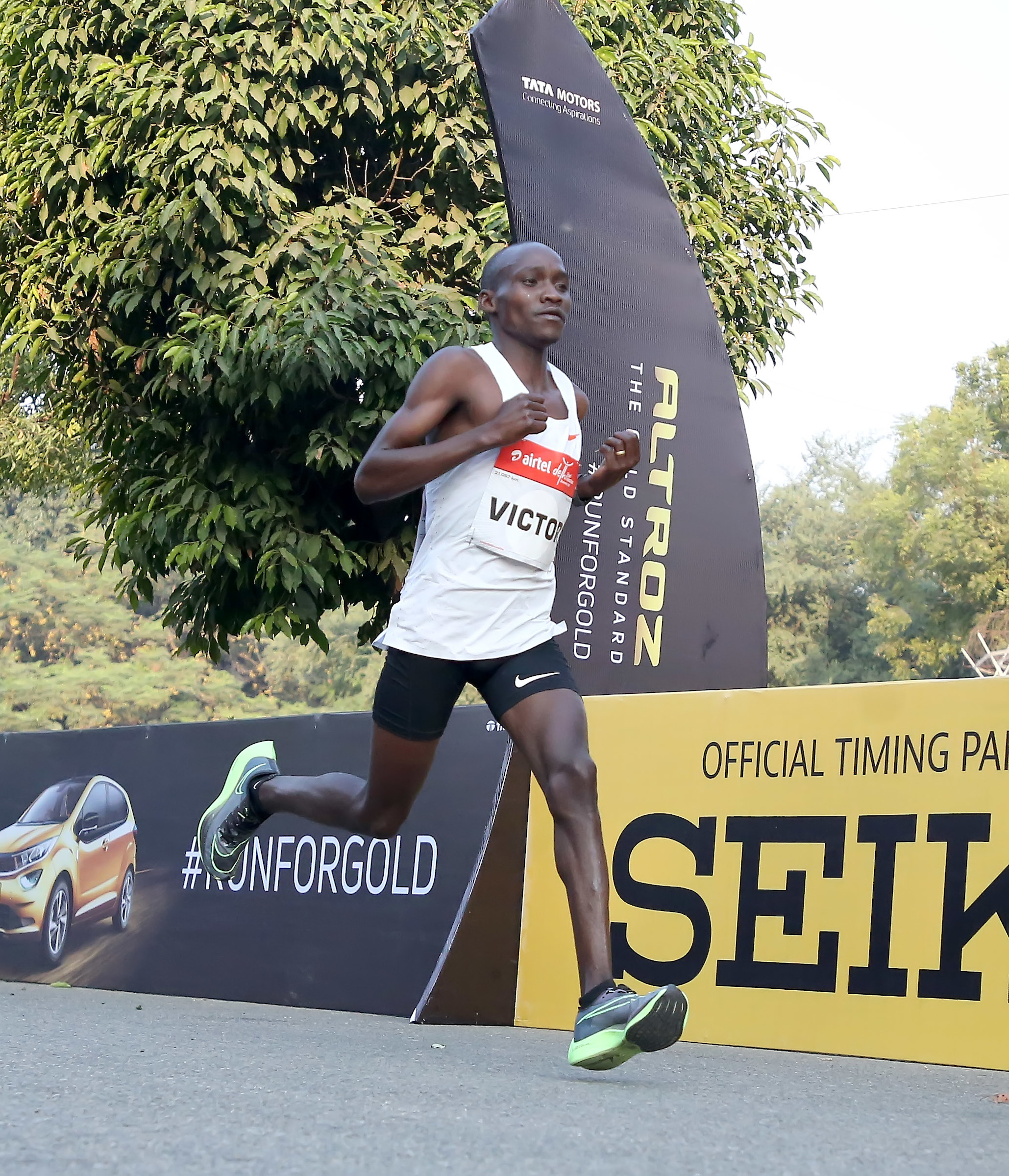 A world-class field will descend in the eastern Indian city of Kolkata for the prestigious USD 100,000 prize fund Tata Steel Kolkata 25K 2022 — the only World Athletics Elite Label Road Race over the distance — to be held on Sunday, December 18.

The seventh edition will take place after a two-year pandemic-forced break. But athletics fans are in for a massive treat with the 2022 Commonwealth Games marathon champion Victor Kiplangat of Uganda, defending champion & course record holder Leonard Barsoton of Kenya, and two-time Tokyo Marathon winner and former champion Berhanu Legese of Ethiopia headlining the men’s international line-up.

Toeing the men’s start line will also be Andamlak Belihu of Ethiopia, a two-time winner of the Delhi Half Marathon who finished fourth at this year’s Berlin Marathon in a personal best time of 2:06:40.

The women’s international elite line-up is equally mouthwatering, with a string of talented runners to go up against the 2022 Tokyo Marathon runner-up Ashete Bekere of Ethiopia and the 2019 TSK 25K runner-up Desi Jisa of Bahrain.

These include Ethiopia’s Zeineba Yimer, who is returning from injury, and had finished an impressive eighth in the 2021 London Marathon, Natsnet Amanuel, who ran the second fastest time ever for an Eritrean woman while finishing fourth in the Amsterdam Marathon in October, former Ugandan national half marathon record holder Mercyline Chelangat and Ethiopian Senait Getachew, who won the 2022 Porto Half Marathon on international debut.

Barsoton (1:13.05) and Guteni Shone of Ethiopia (1:22:09) scorched to a new course record for men and women respectively during the previous edition of the Tata Steel Kolkata 25K in 2019.

The elite men’s and women’s winners will take home USD 7,500 each. The runners will be further incentivised by an Event Record Bonus of USD 3,000.

Mr Vivek Singh, Jt MD, Procam International, said: “The top-class field promises to be a veritable running fest for the fans of Kolkata and India. We are grateful to have been able to attract such a talented bunch of runners. It’s a reflection of the growing stature of the Tata Steel Kolkata 25K on the global running map.”

On-the-spot registrations will be available during the first two days of the three-day Mirchi Get Active Expo at the Khudiram Anushilan Kendra, Sahid Khudiram Bose Road, BBD Bagh, Subhash Chandra Stadium, on December 15 and 16 to encourage and allow for more runners to be a part of the celebration.