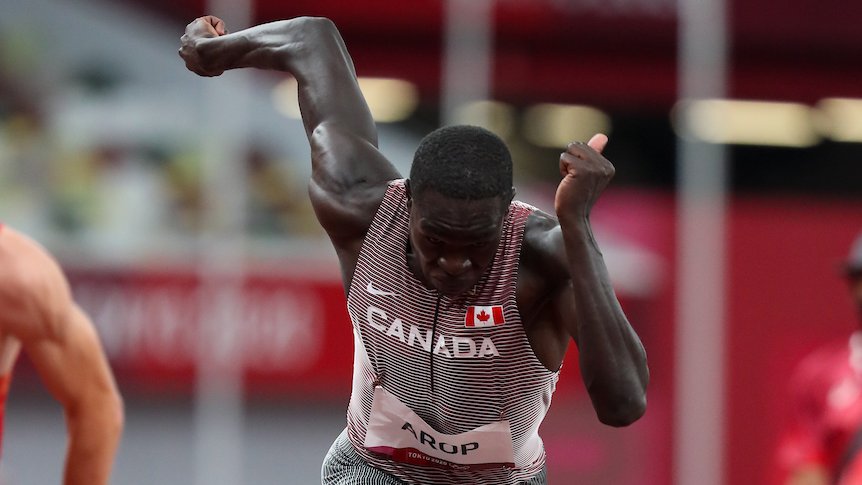 All eyes were on the Jamaican sensation, Elaine Thompson-Herah, in Lausanne, Switzerland Thursday, as she toed the line and then flexed in the starting blocks ready to challenge the 100m world record. Viewers and spectators were anticipating a record challenge as she ran the second-fastest 100m sprint in history in Eugene, Oregon last Sunday. Following that 10.54 second run, the 29-year-old confidently suggested that Florence Griffith-Joyner’s 1988 world record of 10.49 was attainable.

Thompson-Herah also earned the Tokyo Olympic gold medal in the 100m event. That brought her total medal haul to five golds and one silver over two Olympics (Rio and Tokyo), however, in Tokyo, Jamaica went 1-2-3 for the sweep — her compatriots were there to challenge her. Thompson-Herah, had Shelly-Ann Fraser-Pryce two lanes over to deal with.

At the age of 34, Shelly-Ann Fraser-Pryce 🇯🇲 clocks a blistering Personal Best (PB) of 10.60s (1.7) to defeat Olympic Champion, Elaine Thompson-Herah at the Lausanne Diamond League whom she held off in 2nd with a time of 10.64s pic.twitter.com/RPNVjLLIzL

Fraser-Pryce got off to a better start and held on for the win in the third-fastest time in history at 10.60, behind only Griffith-Joyner and Thompson-Herah. Thompson-Herah was catching Fraser-Price but ran out of real estate and settled for second place in 10.64.

The 34-year-old pint-sized dynamo clocked a 10.74 in Tokyo to take the silver medal. Shericka Jackson took third in Tokyo, Eugene, and Lausanne in the time of 10.92. It was a three-peat sweep this summer for the Caribbean island nation.

Canada’s Marco Arop is about the most serene-looking 800m runner there is. During the two-lap race, he doesn’t appear to have the change of pace or the kick in his legs to win over the final, piano-on-the-back metres. He just drains the field calmly. Thursday, he finished first in the time of 1:44:50.

During the bell lap, Arop appeared to have an insurmountable lead, however, Kenyan Emmanuel Korir had something to say about that and nearly timed his kick for the win, but began to strain during the final 40m and Arop cruised in. Korir clocked a 1:44.62, while fellow Kenyan Ferguson Rotich took third in 1:45.48.

Marco Arop wins his second Diamond League 800-metre race in a row, outpacing a stacked field in a time of 1:44.50! #ExperienceGreatness pic.twitter.com/fARC3Axe2v

The 800m event is one of, if not, the most competitive distance run. Twice Arop took out the gold and silver medallists; perhaps it is about peaking on time.

Men’s 3000m: Ingebrigtsen drops McSweyn and Aregawi for the win

Ingebrigtsen — the 20-year-old Norwegian phenom — appeared to be out of the race during the final lap, then just calmly swept past leader McSweyn, who had gone to the well a little early. Aregawi tried to make a race of it, but Ingebrigtsen was having none of it and kept his lead to the line. Although afterward, sitting on the track, he appeared to have worked harder than Aregawi, who seemed ready to race again. Perhaps he should have gone to the well. Next time.

@Stewy_mac3 leading Olympic champion Jakob Ingebrigtsen into the last lap of the 3000m in @Diamond_League in Lausanne just incredible. So many talented Aussies taking on the world in Track and Field this year… 👏🏼 👏🏼👏🏼👏🏼

Ingebrigtsen is having the year dreams are made of. He is young and has demonstrated range. He owns at least seven national records or national bests indoors and outdoors from 1500m to 5000m and has the area U20 10K road record at 27:54. His 3000m steeplechase best is 8:26.81, which he ran when he was just 16. It is a national U20 record. He does it all. His 800m pb is 1:46.44, not quite the level of his other bests, however, it is not a regularly raced distance for him.

In Tokyo, Ingebrigsten, the youngest of a trio of elite brothers earned the 1500m gold medal in the time of 3:28.32.

Full results from Lausanne are here>>

The next Diamond League meet will take place in Paris on Saturday, August 28>>