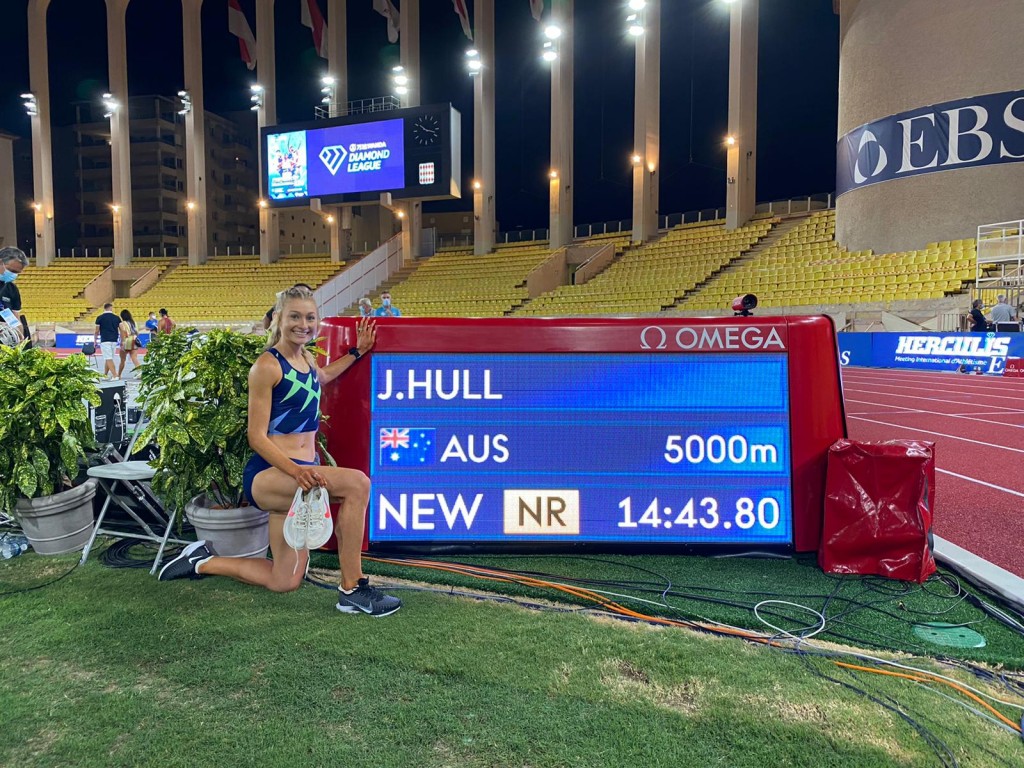 The Monaco Diamond League meet last weekend saw a number of great performances on the track including Joshua Cheptegei of Uganda take Kenenisa Bekele’s world record in the 5,000m.

The Aussies were also busy in the stadium as nearly a dozen were in action including Jessica Hull, who set a new national 5,000m record.

As international competition gradually opens up in the northern hemisphere, 11 Australians were in action in major competitions over the last week.

The year’s first Diamond League was held in Monaco on Friday evening with the undoubted Australian highlight a National record by Wollongong’s Jessica Hull in the 5000m. Placing fourth in the time of 14:43.80, Hull removed nearly four seconds from Benita Willis’ record set 18-years ago.

“With three laps to go, I was like ‘oh my goodness’ I’m never gonna finish,” Hull said.

But she drew belief in her own ability from US-based teammate Shannon Rowbury whom she was running alongside in the race.

In the men’s 5000m, Tasmanian Stewart McSweyn opened his European season with a quality performance, placing sixth in the third-fastest time of his career – 13:13.22. Training partner Matt Ramsden paced the leader, Ugandan Joshua Cheptegei, to a world record of 12:35.36. Ramsden, who will race over 1500m in the Stockholm this weekend, took Cheptegei through 2000m in 5:03.77 (7th on the Australian all-time list). As the current world cross country champion, Australian’s will hopefully have the opportunity to see Joshua Cheptegei race in Bathurst.

How to watch the Wanda Diamond League finale from Zurich, Switzerland Wednesday and Thursday