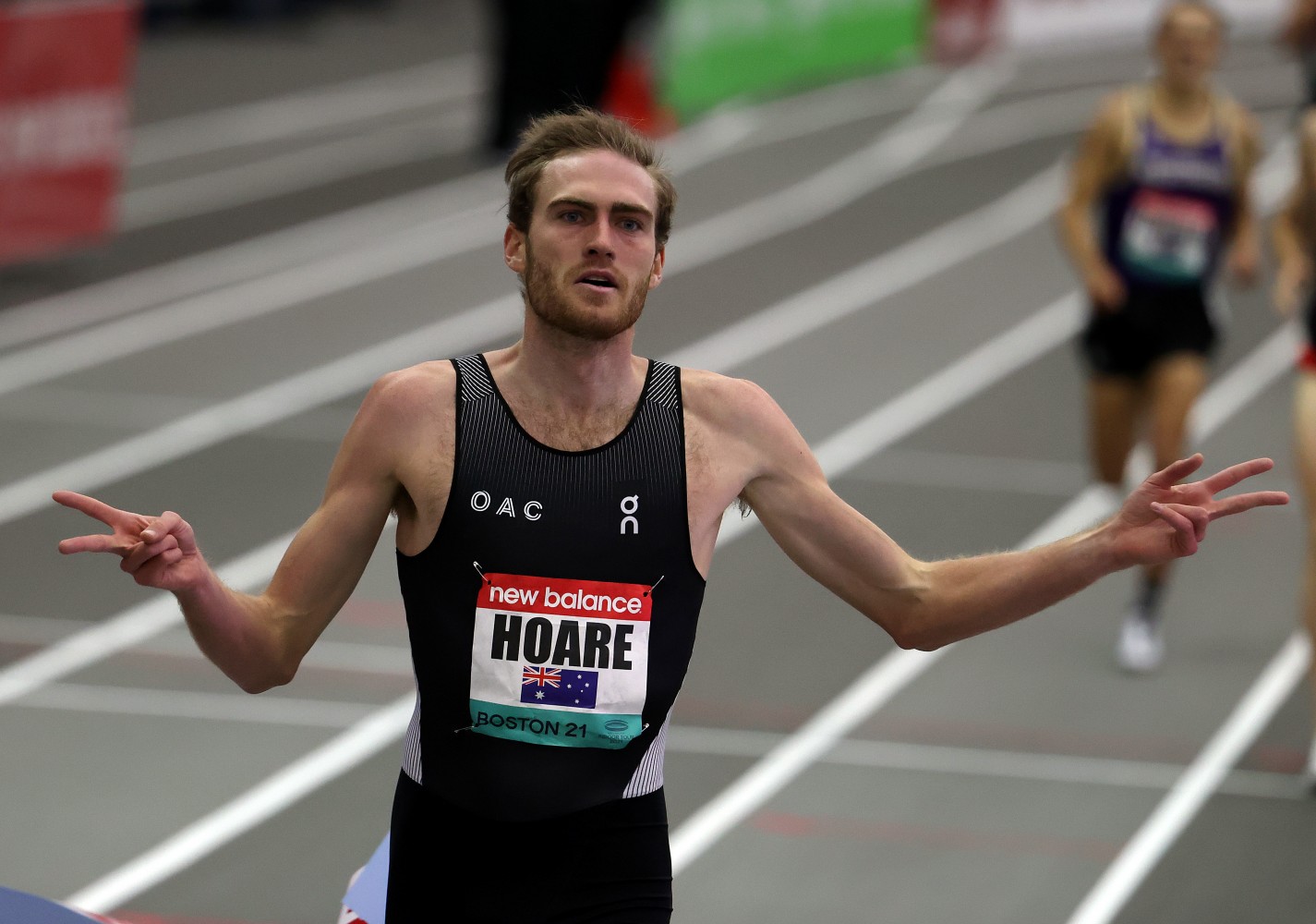 The Gateshead Diamond League presented the first opportunity for Australia’s athletes to assess how they stack up against the world’s best in 2021, and the consensus was largely very well.

Greeted by cold and blustery conditions not conducive to record performances, eight Australians were able to focus purely on their competition craft.

The Men’s 1500m delivered as the race of the night with three Australians finishing in the top five. US-based Australian Ollie Hoare (Dathan Ritzenhein) clocked 3:36.58 to finish in second place behind Norway’s Jakob Ingebrigtsen (3:36.27), relishing the company out in front after a series of solo performances in what has been an outstanding season to date.

“I’ve been in America on my own just pushing the pace, but to be in a race like this with talented individuals able to push the pace was a great indication of how my race preparation is going,” he said.

“I’d never raced a lot of those guys before so to be able to race that tactically and figure where I am and what to improve on, it was fantastic for me. I watched the Diamond League on TV when I was growing up and now I’m here. It was a great opportunity for me and I’m thankful for that.”

National record holder Stewart McSweyn (Nic Bideau) got his European campaign off to a solid start with a third-place finish in a time of 3:37.32 after racing aggressively – seemingly the only way he knows how.

“The conditions were tough and there was a lot of up and down pace and pushing which made it challenging, but that’s racing and I think it’s a good chance to learn to race in different conditions,” he said.

“I was happy to take it on from the front. I prefer to try and keep my performance in my own hands rather than focusing on others in the race too much.”

McSweyn is eyeing a return to Doha later this week, the site at which he set his 3:30.51 national record whilst taking an emphatic victory in September of 2020.

“I’m definitely looking forward to Doha, it’s a special place for me after last year’s Diamond League. I think I’m going to be better for my first race off the plane today, so I am hoping I can improve on today’s performance.”

Matthew Ramsden’s (Nic Bideau) 3:37.98 was good enough for fifth place, whilst Ryan Gregson’s (Nic Bideau) ninth-place finish in 3:45.36 is one he will be looking to forget ahead of Doha on May 28.

Morgan McDonald (Joe Bosshard) ran strongly to record an impressive fourth placing in the 5000m, taking multiple scalps in the process. McDonald’s time of 13:22.78 was not far off his 13:21.39 season’s best despite the challenging conditions, indicative of the promising form he is in. The run leaves McDonald well within reach of the 13:13.50 Olympic standard if he can piece it together in favourable conditions.

David McNeill (Nic Bideau) failed to repeat the heroics that recently saw him meet the Olympic standard in Perth when running a scorching 13:12.82, this time clocking 13:54.13 to finish in 15th place.

If there was one man likely to embrace the fight in cold and windy conditions, it was James Nipperess (Dick Telford). Nipperess was brave when rolling to the lead after a modest early pace – evidently not discouraged by the classy field. The reigning national champion finished in a time of 8:36.83 on a day when times were largely irrelevant, recording a 10th place finish.

Henry Frayne (Gary Bourne) finished in eighth place in the Men’s Long Jump with a leap of 7.70m. Despite regular competition, things are yet to click for the 2021 national champion – who will be dogged in turning around his fortunes imminently.

The next Diamond League instalment will be held in Doha on May 28, where there will once again be a strong Australian presence on the track and in the field.