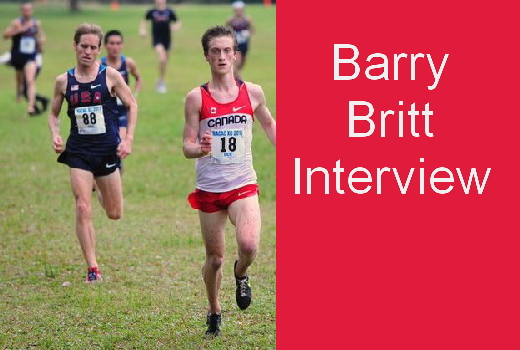 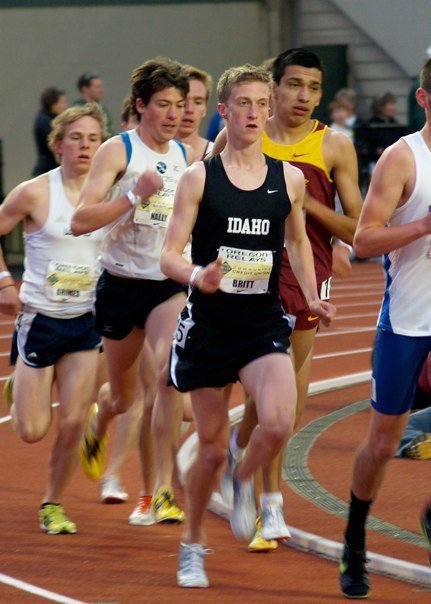 The successful Speed River Track and Field Club of Guelph, Ontario that is headed by Dave Scott-Thomas – one of Canada’s top distance coaches – along with assistant Chris Moulton, continue to bolster the team as they add talented post-collegiate athletes .

Over the next three weeks there will be three new interviews to read at Athletics Illustrated, one each with the new running talent that has recently joined the club. The first of which is with Barry Britt, the 2014 Canadian 10,000m Champion. Britt is originally from Hampton, NB and attended the University of Idaho. He graduated in 2014.

Christopher Kelsall: Can you describe growing up in Hampton, NB?

Barry Britt: Hampton is a small town with roughly 5000 people and has a great sense of community. Almost everyone is familiar with everyone and people look out for each other. I played lots of team sports growing up there like hockey, soccer, and volleyball and made some of my best friends that I have today and became close with their families. When I started running that sense of community was rolled over into my running, I received a ton of support from my friends and family. Hampton is a place that I can see myself living in once I am done competing.

CK: You grew up playing a broad variety of sports, at what age did you figure out that your talent lies in running?

BB: When I was in grade five I participated in some 1K cross country meets that our elementary school offered. I won a few of them. Then in middle school I ran a few 5-mile (8K) road races because I wanted to be like my Dad, Paul Britt, and my cousin, Gerald Demers. By grade 8 as a 13-year-old I had run 28-low for five miles and 36-mid for 10k. At that point people were telling me I had some talent, but I didn’t really understand. It wasn’t until I was in grade nine that I understood my talent was in running. I raced a 3,000m early in the outdoor season after not running much that winter because of hockey and I ended up running 9:12 as a midget. My coach at the time Gilles Gautreau, told me that I had run a time that would have medalled at the Legion National Championships the previous year. After that I began to understand and became very excited and involved in running.

CK: So you have runners in your family. Does your father continue to run?

BB: When I first started doing road races my father was more active on the road racing scene in New Brunswick. He ran 18 minutes for 5k, 29 minutes for 8k, and 37 minutes for 10k. He does not train or run competitively anymore, however, he and the rest of my family are extremely active, physically. Everyone in my family workouts out regularly which sometimes includes running. Also my two sisters Chelsea and Zoe have played competitive sports their whole lives. Between the two of them they played hockey, soccer, volleyball, and track and field. My sister Chelsea represented New Brunswick a couple time at Legion Nationals for the javelin and sprints and Zoe plays soccer for the University of New Brunswick Seawolves (UNBSJ) presently. My mom played field hockey at Acadia University and my father was a competitive youth speed skater who raced at The North American Championships when he was younger. It is really great to have such an active and sports orientated family, because they support me one hundred percent and understand my goals and dreams in running.

CK: How was your athletics experience at the University of Idaho?

BB: My athletics experience at Idaho was incredible. It sounds cliché but I loved every minute of it. It was largely due to my Coach Wayne Phipps. He gave me a scholarship and the opportunity to train at the school where I had the facilities and tools I needed to develop as a distance runner. We had great dirt roads to run on, good gear, and we travelled to the best meets in the country. Also being part of an NCAA athletic department I was able to meet and make friends from all over the world. I will cherish the time I spent at Idaho.

BB: Yes, tons potatoes in Idaho. I’m a pretty simple cook and potatoes were and are a staple in my diet. Mashed potatoes, baked potatoes, and roasted potatoes are the most common for me. They are super cheap too; in Idaho, I could pick up a five pound bag for around a buck.

CK: Makes for good eating. Have you been to the World Potato Museum in Florenceville-Bristol, NB?

BB: I unfortunately have never had time to see The World Potato Museum in Florenceville-Bristol. The only times I have been there have been for hockey games, swim meets, and baseball games. Hopefully the next time I am there I can check it out.

BB: I ran in the 10,000m because I was hoping to get a time I could use for a seed time for the 2015 season at a bigger meet like the first Stanford meet. At the 2013 Championships a few guys were around 29:20 and I was hoping for something like that. Unfortunately the race did not play out that way. I was actually planning on running both the 10,000m, and 5,000m but after The Portland Distance Festival I hurt my ankle and I was like lucky enough to get through the 10,000m and it was too banged up to run another race on it after. 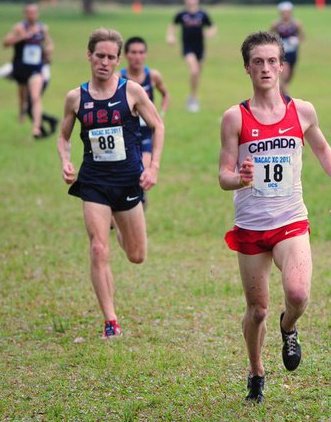 Idaho’s WAC conference meet but they were just slow sick and kick races, and then the 10,000m at this year’s nationals. I’ve had fun running races from 1500m – 5000m in university and I will continue to run them because they are fun, but I believe I am better at the longer distances so I want to explore the 10,000m more.

CK: Is that why you like cross, because there are all sorts of variables that turn them into races, rather than sit and kick events?

BB: Yes. I like that every course is different and you have to run accordingly. Sometimes it can be flat and fast or slow and muddy, or a combination of both. You have to be mentally and physically strong on a cross-country course and to me that is the best. The feeling of getting into a great rhythm on a cross-country course, being strong, and dropping other runners is one of my favourite feelings in running.

CK: You ran well at the 2011 Canadian Cross Country Championships and 2014 NACAC champs. Will you continue to pursue cross going-forward?

BB: I will definitely be pursuing cross country going forward. Cross country is my favourite. I do like running track and want to represent Canada on the track, but for me nothing beats mixing it up in the mud, dirt, grass, hills or whatever a cross-country course or workout has to throw at you.

CK: What made you choose Speed River Track Club?

BB: There are various reasons why I chose Speed River Track Club. They have a great group of post-collegiate athletes to train with, great coaches, facilities and tools, support staff, and have proven they can create great results for their athletes. Also they have established themselves as a distance powerhouse in Canada. It excites me to put on the Speed River jersey and defend that reputation that they have created.

CK: Are you working with Dave Scott-Thomas?

BB: I have just recently decided and committed to moving to Guelph to train in the last few days. I have not begun to work one-on-one with Dave just yet. When I get on the ground in Guelph in a few weeks we will sit down and map out a plan for me. In 2011 Dave was the coach of the NACAC and World Cross Country teams I was on and I enjoyed working with him on those teams and I look forward to working with him now.

CK: What level of mileage per week do you enjoy and find effective?

BB: Mileage is different for everyone. In the last year when I was not racing I averaged 130-140K a week. I did hit a few weeks at 150 – 160K a week but they were not regular for me. Training under Wayne Phipps I ran six days a week and always took one off. Even when I ran 130-140K a week I did it in six days so it felt like more than it was. This amount of mileage plus a day off worked well for me during my time at Idaho. I am looking to slowly bump up my mileage to become stronger. That will be something that me and Dave will be discussing shortly.