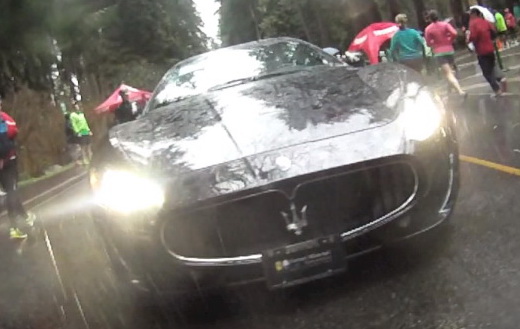 Saturday morning will see sub-4 minute milers, national champions, and international marathoners in head-to-head competition around Vancouver’s Stanley Park at the BMO St Patrick’s Day 5K. The 5K distance is always an intriguing race, pitting middle-distance against endurance specialists, and the third event in the BC Super Series brings them together for the BC Championship.

“I have a passion to put on the most competitive race we can over the distance” says race director Steve Mattina. “The BC Super Series is trying to gather like-minded events to support the pursuit of competitive running and the dreams of Canadian athletes to achieve all their goals.”

A tight five-way battle is anticipated for the men’s Championship, with a $250 bonus on offer for breaking the course record of 14:25.

· Series leader Rob Watson steps down in distance as he prepares to qualify for Rio at the London Marathon next month.

· Former Canadian Cross Country Champion Chris Winter has already run an Olympic qualifying time in the steeplechase, and finished second to Watson at the opening Series event, the Harriers Pioneer 8K in January.

· Bruchet’s training partner Justin Kent finished a place behind him at the Canadian 5K Championship.

· Thomas Riva has the fastest credentials, also having broken the 4-minute mile barrier, and run 3:37 for 1500m last summer. This will be a step up in distance for him.

The women’s Championship may have less contenders, but nevertheless could produce a course record.

· Also returning is last years runner-up Dayna Pidhoresky, fresh off winning the last BC Super Series event, the “First Half” Half Marathon.

· Both will have to be at their best to beat last summer’s breakout performer Fiona Benson, who has a Rio qualifying time at both 800m and 1500m.

· PanAm Games marathoner Catherine Watkins will likely be not far behind, and should be the top master.

While the serious athletes may have the BC Championship as their goal, many more will come dressed in costume, and will stay for the Irish themed after-party. Proceeds from the event benefit the Canadian Diabetes Society.

The race starts at 9:30am on Pipeline Drive, and circles around Brockton Point, before finishing back up Pipeline to the Stanley Park Pavilion.

The BC Super Series is a collaboration between BC Athletics and 12 of BC’s best road races, http://www.bcathletics.org/BCSuperSeries/. The next event is the Modo Spring Run-Off 8K on March 20.