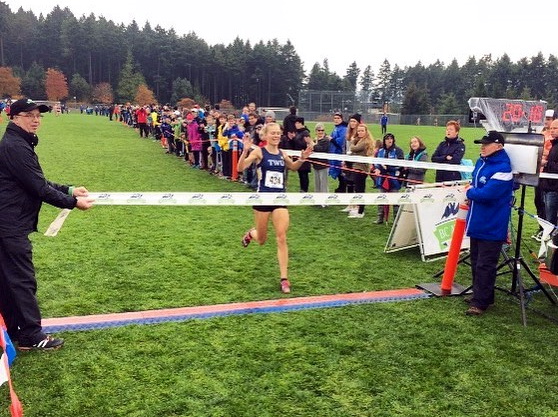 The men’s senior race was won by defending national champion and Rio Olympian Ross Proudfoot, who took in the event while enjoying a stint with Athletics Canada’s Western Hub in Victoria. Proudfoot defeated a highly competitive field, which included Vancouver’s Luc Bruchet, who is a fellow Olympian and Declan White, who currently runs for Trinity Western University.

White had the lead early and spread the field through the first two laps of the four-lap, 8K race, but he began to suffer mid-way through the third lap and was subsequently passed by Bruchet, Justin Kent and Proudfoot.

“I am happy with the win, but I know Bruchet took some time off after Rio and is not as fit as he could be. He will be ready for Nationals in Kingston though,” said Proudfoot.

Kent of Vancouver was in the mix throughout the race and as White and Bruchet faded, he managed to hang on to second for his best finish in the senior race to date. Kent finished in 24:25. Rob Denault representing the Newmarket Huskies finished third. The top five were rounded out by UVic Vike Shoayb Bascal and White, who finished in the time of 24:29 and 24:34, respectively.

The women’s race was no less competitive with favourites Lindsay Carson from Whitehorse, Lisa Brooking who competes for Trinity Western University, Vancouver’s Regan Yee and Rachel Cliff to name a few, top-flight women who toed-the-line.

Brooking was expected to finish top-five or perhaps top-three, but she won, handily. Coming off of a couple of tough university races, she was ready to have a great race and finished in the time of 20:17. Yee finished 13 seconds back in 27:30, while Cliff took third in 27:34. Carson finished fourth. 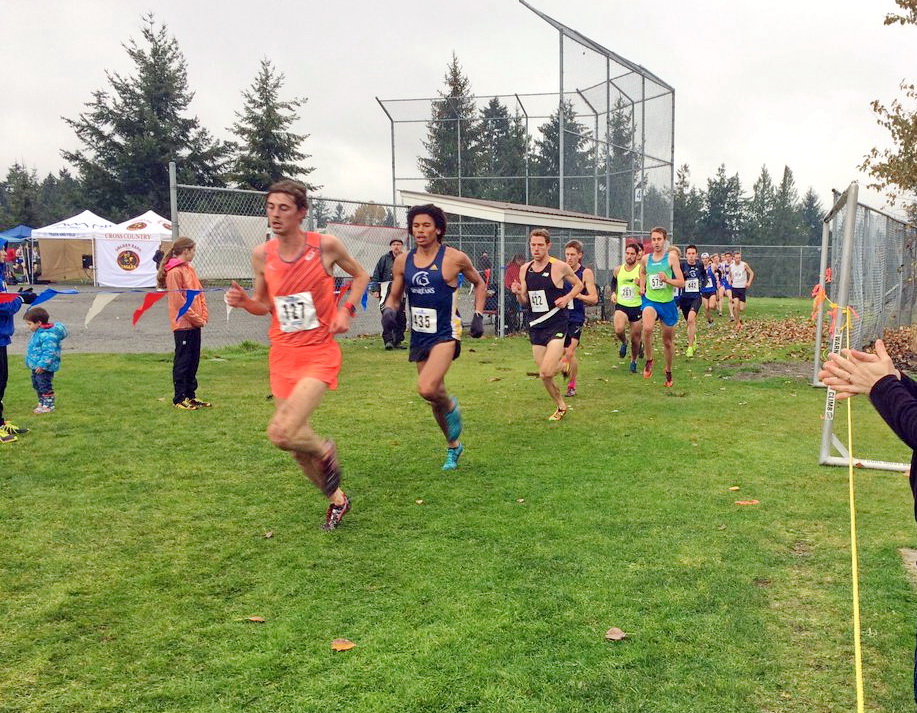 Cliff had the early lead and looked to take first or second as she seems to always do, however, in the final lap Brooking took over for her first win of the season.

“I am surprised actually. I wasn’t expecting to win this race. I just felt good the whole time and kept pushing the pace,” said Brooking.

A talented crop of junior runners took in the champs. Hannah Bennison won finishing fifth overall in 20:59. She has won five consecutive BC Championships. The Okanagan Athletics Club athlete is coached by Olympian Malindi Elmore. Surrey’s Christina Sevsek had an excellent race to finish eighth overall and second junior in the time of 21:19. Joanna Williams with Trinity Western finished as third junior in 21:44 and 10th overall.

The first three masters athletes were competing in the 35-39 category. Heather McDonald finished first, while Nicki Haugan was second and third was Desneige Zvonarova. They finished in 22:24 and 23rd overall, 23:14 and 23:53, respectively.

The first over-40 master, which some people feel should be the actual masters age-group start, not 35-plus, was Vancouver’s Darcie Montgomery, who competes in the 45-49 category. She finished in 46th position in 24:44 over the 6K course.

“It was good to put the spikes on after seven years,” said Dunfee. “I just needed a mental break from racewalking and it was fun to take in this event.

Also in the race was Liam Stanley, who won a silver medal in Rio in the 1500-metre distance in the Paralympics.

Asked if he was back (to competing seriously) Cocksedge gave a reluctant, “no”.

Odermatt ran half of the race in third place behind former UVic Vike teammate Mark Cryderman. Cryderman faded and finished six seconds back in 27:09. Odermatt, the defending champion, finished in 27:03.

The loop, which is apparently just over two kilometres in-length, features two hills. The first one is a steep up that competitors must climb within the first 200-metres of the race. The hill is included for each lap both up and down for all races, except in the shorter first lap of the 3K races.

Extras: Athletics Yukon sent a large contingent of fifteen, one coach and 14 runners to take in the event. The BC Athletics BC Cross Country Championships serve as a preparation race for the “club nationals” that will be taking place for the second year of four in Kingston, Ontario.

Full results of all races are available here>>