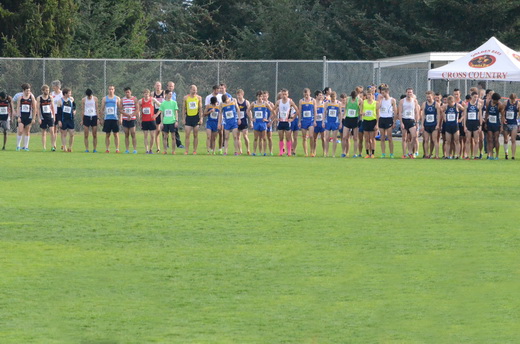 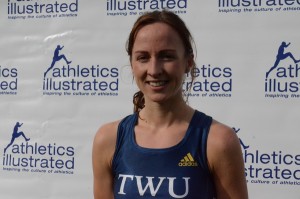 Trinity Western University athletes must like fast cross country courses and cool-to-mild temperatures as they dominated the senior races at the 2015 BC Cross Country Championships. The meet took place Saturday, October 24th in Nanaimo’s Beban Park under partly cloudy skies.

The starter’s pistol sounded for the first race of the day at 11:30 AM to send the senior women off in a race that featured several very strong BC-based athletes including 2012 London Olympian Hilary Stellingwerff of Victoria, Vancouver’s Rachel Cliff and Maria Bernard as well as Hannah Bennison who was representing the Okanagan Athletics Club. There was also Lindsey Carson who was representing Athletics Yukon. Carson was just coming off of a win at the GoodLife Fitness Victoria 8K road race. Also in the field were Sarah Inglis, Lisa Brooking and Regan Yee, all running for TWU.

Stellingwerff, who is just rounding into shape after recovering from a stress fracture, took the lead immediately and pushed the pace hard through the first half of the race. Inglis took over at about half-way over the three-lap, six-kilometre race.

“Coach, Mark (Bomba) just said to treat it as any other race and sit and wait to see how I feel through the first half. Once through half-way, I felt good enough to go. I am happy with the win,” shared Inglis. 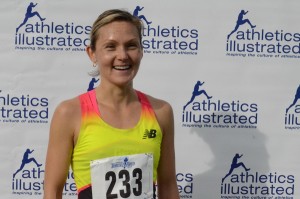 Stellingwerff, who is a 1500-metre specialist, was coming back from pregnancy in 2014, trying to re-build her mileage when she developed a stress fracture, which derailed some of her training. Her fitness is now returning and she treated today’s race as an opportunity to benefit from the training stimulus of a competitive race. Asked if she will continue to compete during this cross country season she said, “This year is all about the track. I raced the 8K last week and I will do a 5K coming up, but that is about it. I am happy with how the race went.” Stellingwerff will be seeking to find a spot on Team Canada to compete in the 2016 Rio Olympic Games.

Four of the first 11 athletes across the line were representing TWU including Inglis, Lisa Brooking, who finished sixth, Regan Yee (8th) and Mirelle Martens (11th). Three of those top-11 finishers are juniors including the 2014 junior champion Bennison, Kristina Sevsek of South Fraser Track Club and Martens.

In the men’s senior race the top three seeded athletes are all from the lower mainland and include Chris Winter, who is listed as unattached, Declan White representing Trinity Western University and Luc Bruchet, who was running for Point Grey Track and Field Club. The final lap was down to the top three, who sprinted down the final straightaway to make for an exciting finish. Winter got pipped a little in the final few metres, while Bruchet and White appeared to virtually tie. Bruchet ended up getting the win in the time of 22:30, while White was credited with 22:31 and Winter finished five seconds back.

One of the more exciting finishes was in the final race at 3:05 PM in the Youth Boys category, which was made up of 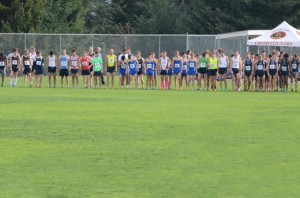 primarily 17-year-old athletes. There was a close battle for most of the five-kilometre race that ended with a terrific sprint finish between eventual winner Thomas Nobbs over Kieran Lumb, who were both credited with the same finish time after a review was conducted, they finished in 15:35. Three seconds back was Sean Bergman of the Okanagan Athletics Club, who had a good showing at the event. Nobbs represented Vancouver Olympic Club and attends Point Grey Secondary, while Lumb was representing Lord Byng Secondary.

There were a total of 10 races on the day with competitors from the ages of nine to 75. New Westminster’s Herb Phillips was the oldest, but he was the fastest competitor over the age of 70. The 75-year-old finished 22 seconds faster than Victoria’s Barrie Dargie, age 71. Third place over-70 was George Brose, who ran unattached, while Dargie and Phillips represented the Prairie Inn Harriers Running Club.

The meet was seamless and was well-organised. Full results are available at www.racedaytiming.ca.

Video interviews and race footage will be available shortly at Athletics Illustrated.

The 2016 BC Cross Country Championships will again take place at Beban Park in Nanaimo.