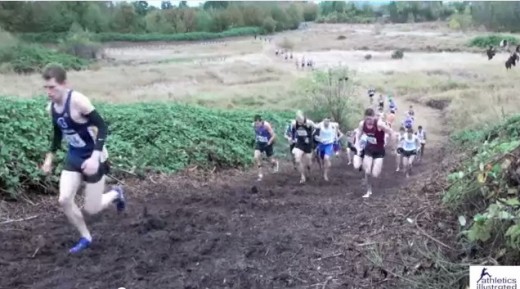 Some of the best distance runners in British Columbia will be competing in the 2015 BC Cross Country Championships that will take place this Saturday in Nanaimo’s Beban Park.

To date, there appears to be very competitive fields taking shape with the likes of Vancouver’s Lucas Bruchet competing. He is one of Canada’s stronger 5,000-metre runners and is a member of the high performance BC Endurance Project. Chris Winter also of Vancouver is a top cross-country competitor as well as one of Canada’s fastest 3,000-metre steeplechasers, with a new personal best time of 8:26.55, which he set in July this year. He has competed in the IAAF World Cross Country Championships three times, twice as a junior.

“I’m really looking forward to this weekend’s race in Nanaimo. I’ve put in a couple of good weeks of training and I’m looking forward to toeing the line Saturday to see where my fitness is at,” said the 29-year-old Winter. “I hear Luc (Bruchet) is in great shape and I know the University guys are in the midst of their cross country season and so they’re likely a bit sharper than I am at the moment – it should be a good test! Ultimately, I look at this weekend’s race as either a confirmation that my fitness is tracking correctly, or it’ll serve as a good kick in the butt to take things up a notch in preparation for nationals next month.”

One athlete who has a strong resume and is now coming into form is University of Victoria’s Olivier Collin. He is one of the University of Victoria Vikes top men. “This weekend is all about building on the last couple races, being competitive and getting ready for CIS’s. I am healthy, fit and having a blast this season so I’m working hard to maintain that,” shared Collin.

Many of the other athletes competing are top varsity athletes from various BC universities. Kristopher Swanson is also in the race, he competed this summer in the IAAF World Mountain Running Championships.

Hilary Stellingwerff of Victoria, BC will be racing. She is a 2012 London Olympian and one of Canada’s fastest all-time 1500-metre runners with her personal best of 4:05.08. When asked about her fitness she offered, “Training has been going great and I’m as fit as or fitter than this time in 2011 leading into London Olympic year so I’m happy with where I’m at. I’m excited to get in a cross-country race this year at BC’s, but that will be the only one for me this season. It’s basically to get a good training stimulus and remind my body to hurt in a competitive environment.”

If she is in good position at the end of the race to sprint and is as fit as she believes she will be a top finisher; she also owns a 2:01.22 800-metre personal best time, so she can move fast, which she may have to do to stay with the top women in this race. While the men race the eight kilometre distance, the women go just six; the shorter distance is run at a more intense effort.

The University of Victoria, University of British Columbia and Trinity Western University have entered several of their athletes each, who will make for an exciting and fast race. Some of the top names are Sarah Inglis (TWU) Rachel Cliff, Maria Bernard (UBC), Rachel Francois (Vikes), Regan Yee (TWU) to name a few.

Courtesy of BC Athletics

The Championships will take place in Beban Park in Nanaimo. The park is located just north of downtown Nanaimo, close to the old and new Island Highways. Google Map Shuttle between BC Ferries Departure Bay Terminal and Beban Park

A shuttle, for a nominal fee, will be available to walk-ons arriving at Departure Bay Ferry Terminal on the 8:30am and 10:30am ferries from Horseshoe Bay (10:15am and 12:15pm arrivals). Please indicate when registering for the Championships if you plan to take the shuttle.

The shuttle will return to the Departure Bay Ferry Terminal for the 3:00pm and 5:00pm sailings.

No shuttle will be available from the Duke Point Ferry Terminal. Note the last departure from Duke to Tsawwassen is at 3:15pm.

Travel Advisory: Although the schedule of events allows for same day travel to and from the Mainland, windstorms and other weather conditions, and mechanical problems can cause ferry cancellations. Consider travelling Friday to avoid ferry delays. The 2015 BC Cross Country Championships take place in Nanaimo on Saturday, October 24, with senior fields worthy of a National Championship. Races are scheduled for all ages, from 9 to 99, with BC team places on the line in the Youth, Junior, Senior and Masters events. The Canadian Championships will take place in Kingston, ON on November 28.

Both Luc Bruchet and Chris Winter, the 2013 and 2014 Canadian Champions respectively, will start in the senior mens race. And they will be made to work by full squads from Trinity Western, UVic and UBC.

Down the age groups, last years inaugural Canadian Youth Cross Country Champion, Christina Sevsek will be one to watch, as well as Junior internationals Mirelle Martens and Regan Yee.

Entries are still open at http://www.trackie.com/online-registration/event.php?id=2442