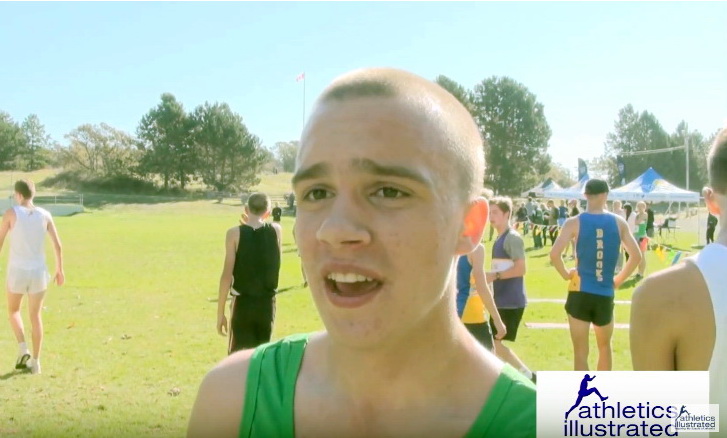 All BCHSXC past race videos and post-race athlete interviews from 2014-2017.

The top-five boys teams that are favoured to compete for the title are led by the Semiahmoo Totems, the Fraser Valley zone champions. They scored a low of 47 points from their race at Aldergrove Lake Park on Oct. 17.  In that meet, they did not appear to have a single standout individual athlete to dominate but were led by four counters who all finished in the top-20 – they possess good team strength, placing 5, 6, 16 and 20th.

Mark Potashov finished as the first Totem but was 50-plus seconds back of the lead over the 5.1-kilometre course. Some of the athletes ran the race as a tempo effort or not to their maximum in advance of BC Club Cross Country Championships that took place four days after zones in Abbotsford. Potashov raced clubs and finished 24th in the time of 15:43 while Joshua Woolgar of Richmond Christian School won in the time of 14:26.

The Totems will need to work as a group to take the podium.

Everyone will have their hands full with Oak Bay High School’s Jack Amos. He handily won the junior race at the Vikes Invitational at Beacon Hill Park in Victoria, then won the Island Zone Championships at Beaver Lake with apparent ease. He raced only the final lap of the three-lap 5.7K course.  The defending provincial champions are looking as strong as ever with Jack Amos leading the team; shades of Tyler Dozzi.

At Islands, Amos, who moved from near Dawson City, YK to work with two-time Olympian Bruce Deacon – as Dozzi did from Terrace, BC –  tried to work with teammate Joe Roberston for the first two laps. Robertson finished well at Beaver Lake for fourth place but was 37 seconds back of Amos.  Amos has more in the tank.

Also in the hunt are Windsor Secondary, the North Shore champions and Kelowna Secondary, who are the Okanagan winners.

Earl Marriott and Heritage Woods from the Fraser Valley zone may surprise as they finished with 70 and 84 points respectively.

Logan Hwang and from Westsyde Secondary and Keagan Ingram from Summerland Senior Secondary look interesting. Hwang and Ingram went 1-2 in the Okanagan championships in the time of 23:04.80 and 3:13.40 respectively.

Kendra Lewis from Van Tech won the provincial club championships in Abbotsford by 30 seconds. A few days before, she won her zone by a tremendous 3:50 over the three-lap, 6.3K course at Jericho Beach. She has been at the top of her game throughout high school and she is only in Grade 11.

Ceili McCabe from Little Flower Academy finished second to Lewis at clubs. The race for second at provincials may be between McCabe and Maya Kobylanski of Southridge, however, Oak Bay’s Alisa Lyesina was in the hunt finishing seven seconds back – it will be a close race.

Elise Coates of Wellington Secondary in Nanaimo may be off the radar as she finished clubs in ninth place and well back, however, she handily won Islands and the week before dominated the junior race at the Vikes Invitational. She has home course advantage at Beban Park and appears to have had an off day in Abbotsford.

Ehren Paterson of Sentinel is the North Shore Zone champ and should be ready to mix it up with the leaders.

Riverside looks interesting. Although Walnut senior girls went 1-2 as well as having finishers go 11th and 13th, Riverside wasn’t far back with finishers packing in well in 6, 9, 12 and 21st for 49 points to Walnut Groves 27 at zones.

Anything can and usually does happen at the junior level. The following is not so much a prediction and ranking, but a top-finishers list.