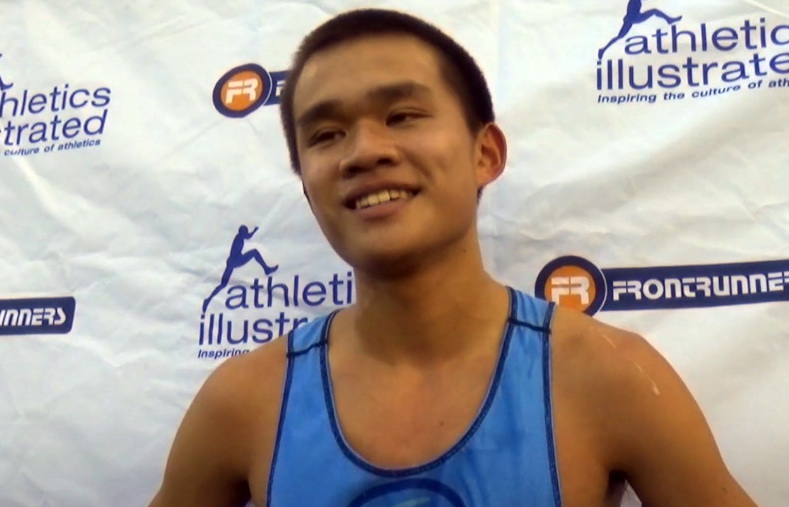 The province of Ontario boasts OFSAA, the Ontario Federation of School Athletics Federations, which is the second-largest school sports organization in North America. Only the California Interscholastic Federation is bigger. In Canada, OFSAA is a big deal to be sure. OFSAA has produced a good number of Canada’s best distance runners and sprinters. Many have gone on to USport and NCAA careers and well beyond.

Two of the fastest 5000m runners in North America, all-time are Mo Ahmed and Justyn Knight both Tokyo Olympians with Ahmed earning the silver medal. They are from St. Catharines and Toronto, respectively. Andre de Grasse, the six-time Olympic medallist is from Scarborough. And there are the Stafford sisters Gabriela DeBues-Stafford and Lucia Stafford from Toronto. DeBues-Stafford holds at least six national records and competed in the Tokyo Olympic Games. Lucia, three years younger, is not far behind. And of course, there is Melissa Nriagu-Bishop world championships silver medallist, and national record holder in the 800m.

In Canada, OFSAA produces, however, BCSS or BC School Sports has brought along some excellent athletes and exciting competition.

Not everyone makes it to the Olympics, however, a meaningful high school and possible university career offer many long-term benefits. A few notable Tokyo Olympians from BC include Malindi Elmore from Kelowna, who currently holds the national marathon record, and Vancouver’s Natasha Wodak, who formerly held the national 10,000m record. They finished ninth and 13th in the marathon at the Tokyo Olympic Games, respectively. Vancouver’s Luc Bruchet, the nation’s third-fastest 5000m runner behind Ahmed and Knight is a two-time Olympian. Cameron Levins from Vancouver Island is the national record holder in the marathon and is a two-time Olympian. He competed in the 2012 London and 2020 Tokyo Games. He formerly held the national 10,000m record as well.

Foundational to a runner’s career is cross country training and racing. Whether the athlete competes in the 800m or long-distance events, racing cross country is where everyone shows up — it’s a team sport.

Saturday, BCSS is hosting the provincial high school championships. For the Grade 12 student-athletes, it will be their final high school cross country meet and a chance to show off their fitness and competitiveness. For everyone else, it is an important and exciting meet.