Bucking a recent trend where young East African distance runners move directly to the marathon, solely for the purpose of going to where the money is, thereby bypassing careers centered on getting the most out of the 5,000 and 10,000 metre distances, two of the world’s current best 10,000 metre runners are going old-school, as it were. They will compete in their debut marathons, after having competed at a world-class level in the shorter distance events first. The question is, who is better suited for the move up?

World record holder in the 5,000 metre and 10,000 metre distances Ethiopian Kenenisa Bekele will debut in the marathon in Paris on April 6th, while 2012 London Olympic double-gold medallist (also in the 5,000 and 10,000m) Englishman Mo Farah, will compete in the London marathon one week later. Bekele said that he wants to run the world record during his debut. Bekele’s statement is a tall order to fill, but he should not be taken lightly.  Farah hasn’t been so bold, calling his debut a “baptism of fire”.

The current world record is held by Kenyan, Wilson Kipsang and stands at 2:03:23. It is difficult to assess Bekele’s and Farah’s chances of running sub-2:03:23 based on some of the other top athlete’s performances as many of them, including Kipsang, bypassed perfecting the 10,000 metre event first before undertaking the marathon distance. Who knows how fast Kipsang and some of the others would have gone in the shorter distances? However, we do know how fast Bekele and Farah have gone and comparing their results to IAAF points tables, as well as past performances of others in both events, we can get a good idea.

In 2011, on that same Berlin course, countryman Patrick Makau ran 2:03:38, which was the previous official world record. The Boston Marathon, which does not count towards world records, hosted a 2:03:02, which was run by Geoffrey Mutai; yet another Kenyan. Boston fails as a record-making event because the drop from start to finish is too much at 140 metres and the start is too far away from the finish. The year Mutai ran 2:03:02, there was a tailwind.

The previous Ethiopian to hold the marathon world record was Haile Gebreselassie, with his 2:03:59 from 2008, also run on the Berlin course. The year before that, he ran Berlin in 2:04:26, which was the world record at that time. The five latest world records have been run in Berlin, as well as six of the previous eight. Also, five of the outright fastest 10 times have been run in Berlin. Performances at London and Chicago interrupt Berlin from hosting eight records in a row, while two each at Rotterdam and Chicago and one from Dubai round out the top-10 overall performances.

Farah’s performance at the Great North Run is a national record. Farah has run the 5,000 metres in 12:53.11 and 26:46.57 for 10,000 metres. Put aside straight-up statistical data such as personal best times, consider the possibility that Farah may have run faster, had he faced a Bekele or a Gebreselassie in their prime, at their personal best performances. We cannot go back in time, but the reality is, runners typically perform better when challenged while chasing both records and paycheques, not necessarily medals. For the most part, Farah’s big races have allowed the 30-year-old to sit and kick and what a kick he possesses! He demonstrated it well when he set the British and European 1500 metre record of 3:28.81 in 2013; nearly five seconds faster than Bekele’s 1500 metre best.

It would make more sense to compare the 2011 and 2012 Bekele to Farah of today. Bekele is 31-years-old and Farah is 30 and their times at this age are comparable.

Putting aside anecdotal comparisons and looking at the theoretical realm of IAAF performance tables suggest the following:

Bekele’s and Farah’s  IAAF points tables performance ratings  for the half-marathon of 1187 and 1186, respectively, suggests marathon bests of 2:08:36 and 2:08:40, based on their only half-marathon to date. Their Bupa Great North Run performances only demonstrate race-specific performances, not an all-out effort. We will have to ignore the times they ran, but respect the fact that Bekele beat Farah, mano-a-mano. The question is, were either properly peaked for the Bupa race?

Bekele’s 10,000 metre performance of 26:17.53, which carries a 1296 point performance rating, indicates a 2:02:42 marathon – a world record by nearly one minute, his 5,000 metre world record is almost identical performance-wise. Farah’s 10,000 metre best time projects to a 2:05:23 marathon at 1248 IAAF points. As it is wise to toss their only half-marathon times, to date, it is also a good idea to toss out Bekele’s decade-old track performances. Doing so stacks Farah and Bekele at nearly identical marathon performances. One is faster over 5,000m and the other over 10,000m and the aforementioned tossed-out half-marathon bests are one-second apart – can’t help but acknowledge them, anecdotally.

Based on a combination of career, age and shorter-distance performances, Gebrselassie is likely the best comparison for Bekele and Farah. Gebre’s performances at the age of around 30 also match those of Bekele and Farah’s now. Also, because Gebrselassie has run all events multiple times, we can get a better picture of the possibilities that are in store for Bekele and Farah. Gebrselassie ran a 58:55 half-marathon best. Logically the half-marathon would be the best distance to predict his marathon from. The performance rating gives him the number of 1239, which suggests just cracking under 2:06; clearly not indicative of his actual marathon best. Whereas his 1299 and 1287 point rating for 10,000 metres and 5,000 metres, respectively suggests a marathon as fast as 2:02:33. Also, using track times may not project accurately for the marathon for the obvious reasons of the exact distance of the 400 metre track for taking splits and rubber (aided) surface as well as the controlled environment that tracks are commonly located in. Running in a windless stadium would benefit the runner in ways a circuitous or out-and-back marathon course may not, not to mention a lack of hills.

It is likely, given that Bekele’s best shorter distance times are better than Gebreselassie’s, he should run the marathon distance faster.

Here are the top-10 fastest marathon times, to date. It should be noted that all results over 27:00 for 10k is either a road race or anecdotally-speaking was not a distance that the athlete focused on, before moving to the marathon. First time on the far left is best marathon times, to the right are 10k or 10,000m and half-marathon bests.

IAAF Tables based on 10,000 metre times run at around the age 30 and lifetime bests:

The Paris marathon has never hosted a world record performance. It is anyone’s guess how much Paris is paying Bekele to show up, to win and to perform a course record and or a world record. Based on the history of marathon world records, the best course choices are Berlin, Rotterdam, London and Chicago.

Weather is one factor that no athlete can control. Spring and autumn marathons that take place in Europe and North America provide race organisers a good chance of relatively decent weather with mild temperatures, little wind or precipitation. Most of the above mentioned marathons however, have experienced inclement weather in the recent past.

By choosing to run London, Farah has home-field advantage. Unlike the Paris race, he will run on a course that has had world record performances run on it. Additionally, Farah’s bests in the shorter distances have been more recent to him, than Bekele and Gebreselassie have had, meaning perhaps he is faster at this time in his life. However, i t bears repeating having Bekele beat Farah at the Great North Run is the one performance that puts a fly in the ointment of predicting a favourable outcome for Farah, when comparing which of these two athletes will run the faster time.

Lastly, Farah is being provided with stiffer competition. Perhaps the field he will be running with will pull him along to a faster time? He is up against Kipsang the world-record holder, the Olympic and world champion Stephen Kiprotich, the reigning London champion Tsegaye Kebede and the course record holder Emmanuel Mutai. On the other hand, going out too fast, he may get his backside handed to him on a silver platter. As long as neither Bekele nor Farah blow up – the usual caveat in marathon racing –  near world records are on the horizon for both, but playing the odds here, neither shall run sub-2:03:23, this April. 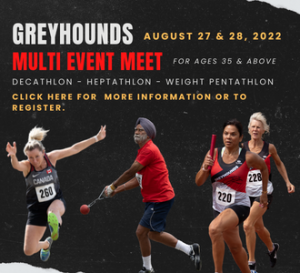