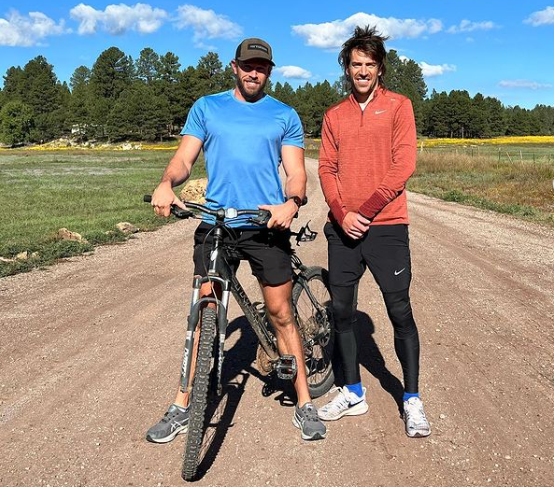 Ben Blankenship is moving up from the 1500-metre event that he specialized in since 2008 to the marathon. He is making the move under the direction of American half marathon record holder Ryan Hall.

That same year he competed in the Rio Olympic Games and finished eighth.

His brief foray into longer distance racing includes a solid 28:08.20 two years ago. It appears, that he has yet to run a half marathon. His record with World Athletics does not indicate one.

Blankenship shared with Instagram followers, “some opportunities only come around once in a lifetime — and when those opportunities happen, you rip it. I’ve always had the philosophy that I wanted to be coached by individuals who have achieved what I want to achieve.”

He added, “this build is all about strength and becoming one of the most versatile athletes possible — from the 1500m to the marathon. This past week @ryanhall3 and I began the journey to the marathon start line, with one of the best Americans to ever do it as my coach. It’s a radical change, but one both of us are excited about. Buckle up because it’s going to be a wild ride.”

It is a big change having most recently been with the Oregon Track Club in Eugene, Oregon.

Linkletter and Sara Hall were quick to reply on the social media app, Hall taking first dibs on the training partner role.