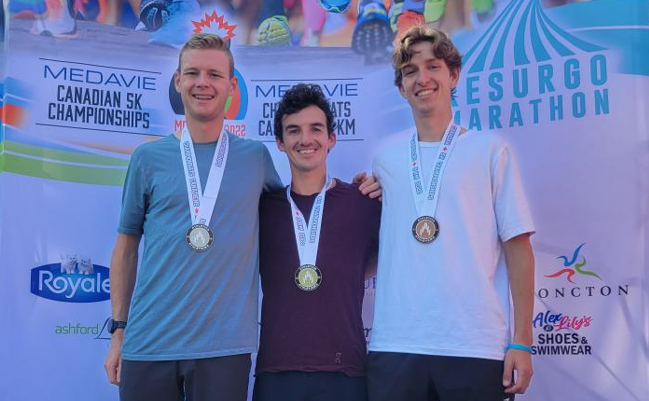 Flanagan recorded a 13:38 performance for his second win at the event. He previously won in 2018. While Staehli won her first title in 15:55.

Flanagan came close to improving Charles Philibert-Thiboutot’s national record of 13:35, which he set in April during the B.A.A. Boston Marathon weekend.

Staehli took the lead quickly. The lead runners shared frontrunning between Erin Teschuk, Regan Yee, and Cleo Boyd during the first half of the race. With 2K remaining, Teschuk and Staehli dropped the pace and created a gap between themselves and Yee and Boyd. It was Teschuk and Staehli battling during the final 1500m, while Staehli managed to cross the line first for the win.

Sasha Gollish took the Canadian Masters 40-plus record by a nine-second margin finishing in fifth-place in the time of 16:45.

In the men’s race, Toronto’s Andrew Alexander and Vancouver’s John Gay challenged Flanagan early. Alexander took the lead during the first 1K but was dropped after passing the halfway point.

Flanagan took a commanding lead at 3K and finished strong for the win.