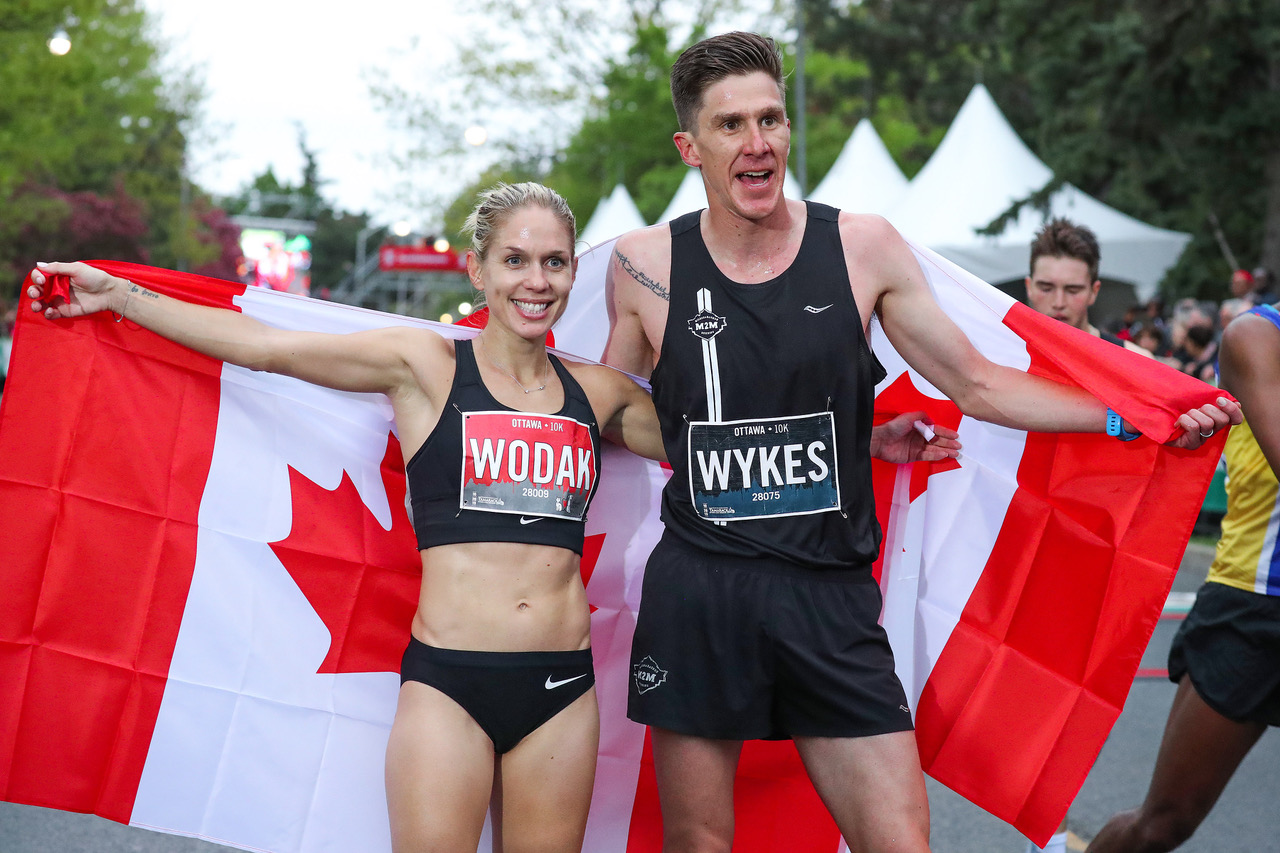 Seven and a half months is an unusually short period to enjoy the rewards of a Canadian 10k championship title, but both Ben Flanagan from Kitchener, Ontario and Leslie Sexton from London, Ontario will now defend their 2021 crowns on May 28th, 2022, at the Ottawa 10k presented by Otto’s Ottawa.

Owing to COVID restrictions – which delayed in-person racing – the Athletics Canada Canadian Championships were held in October 2021 in Toronto rather than in Ottawa last May. Flanagan raced to a 28:42 victory on the waterfront and Sexton, although crossing the line second on the day, was also crowned national champion.

Scottish guest runner Sarah Inglis finished first but was ineligible for the prize money and the title. Sexton, who has relocated to Vancouver following several years in Kingston, Ontario, ran a personal best of 32:04. A month later she significantly lowered her best marathon time to 2:28:35 when she won the Philadelphia Marathon.

A photo finish in the men’s race?

This time around Flanagan will face stiff competition from not only Luc Bruchet, a two-time Canadian Olympian at 5,000m, but also from Rory Linkletter, who is having a stellar season.

After breaking the Canadian Half Marathon record with a 1:01:08 clocking in Houston on January 16th – and finishing 20 seconds ahead of Flanagan – Linkletter ran 28:43 at the Cooper River Ridge Run 10k on April 2nd. In between those fine performances, he confirmed he has the speed to match Flanagan with an indoor 3,000m personal best of 7:49.13. That was recorded in Louisville, Kentucky on February 12th.

Bruchet was runner-up in that 2021 Toronto championship race with a time of 28:49. On April 24th, the 31-year-old from Vancouver set a new personal best of 28:29 in winning the Vancouver Sun Run 10k, which is a result that should cause Flanagan some concern.

Complicating his title defense a little further, Flanagan is coming back from six weeks of rehabilitation on a broken toe. But with a month of solid running, he surprised many by successfully completing a 1,500m/5,000m double at the Jesse Owens Track Classic in Ohio. He ran 3:44.98 and 14:10.07 with just ninety minutes between.