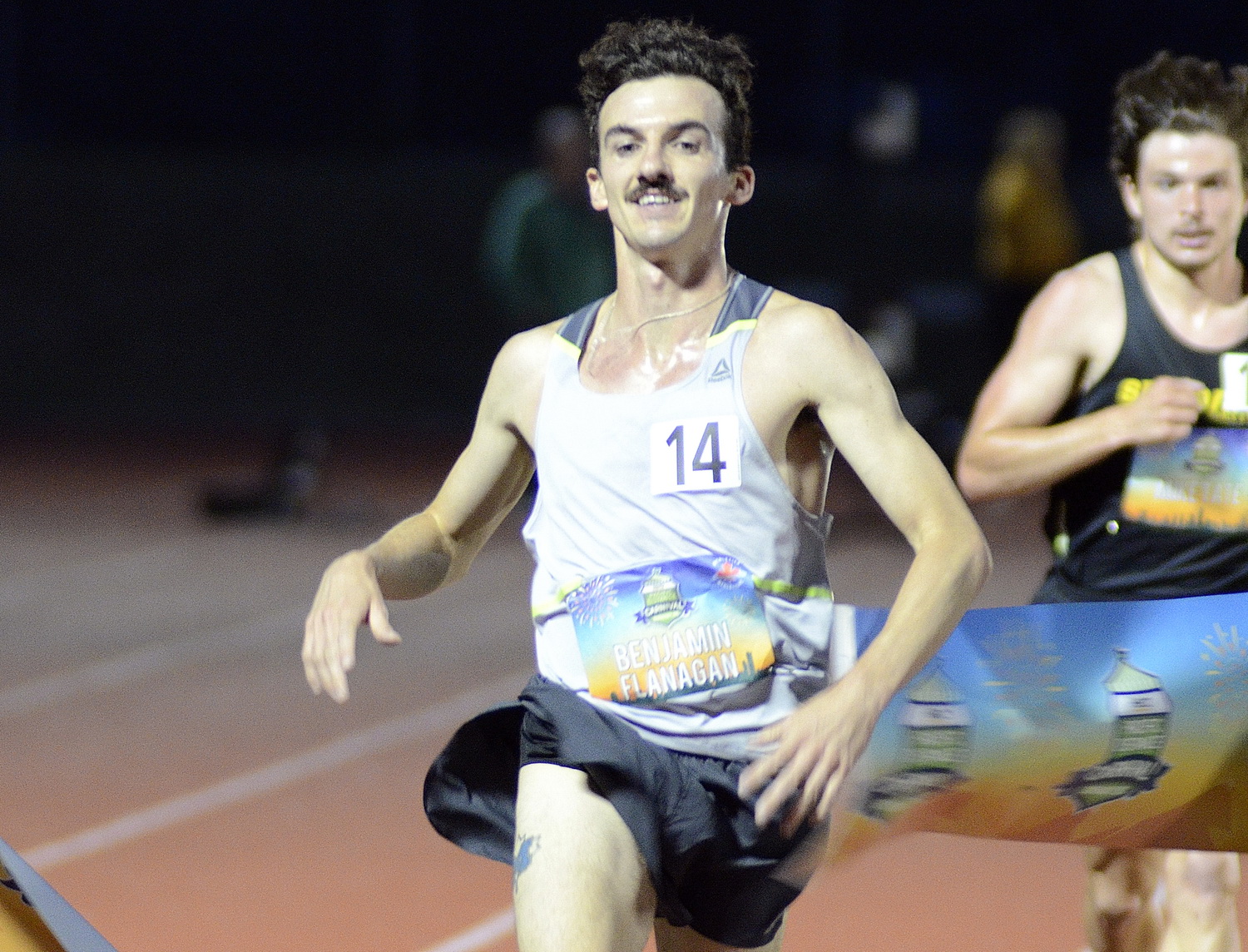 Ben Flanagan defended his Ottawa 10K title and national 10K road championship with a new road personal best of 28:39.5 on Saturday. The Kitchener, Ontario native led for most of the race, over stiff competition in Rory Linkletter, Luc Bruchet, and Thomas Fafard. The four went out hard with a first km split of approximately 2:42 but were unable to sustain the sub-28:00 pace to the end.

“I wasn’t sure what to expect since it’s been a while since I’ve raced on the roads (due to a small injury over the winter) and lining up against Rory, Luc and Thomas is always a huge challenge,” added the 27-year-old Ann Arbour, Michigan resident. “So to come away with a win amongst an incredibly competitive field was exhilarating and also very encouraging for the rest of the season.”

Flanagan will decide shortly whether to head to the track to tackle the 5000m event or stick to the roads. The World Athletics Championships are happening in Eugene, Oregon starting on July 15.

In 2018, Flanagan won the NCAA 10,000m Championships in the time of 28:49 for the Michigan Wolverines under Coach Kevin Sullivan, one of Canada’s all-time great middle-distance runners. He has set seven new personal bests over the past year from the 800 to the half marathon.

Natasha Wodak of North Vancouver is probably still running on cloud nine for finishing in 13th place at the Tokyo Olympic Games marathon in Sapporo, Japan. Why not? It’s the world’s biggest stage, the competition was top-notch and 13th in the heat is outstanding. The world record holder Brigid Kosgei of Kenya finished just 12 spots in front of her. Wodak only moved to the marathon in a serious way the previous December. It was a bold move that panned out nicely.

But she adapted well to the marathon clocking the second-fastest time for a Canadian at 2:26:19 in Chandler, AZ in Dec. 2021. The 40-year-old also held the national half-marathon record for a spell at 1:09:41. Andrea Secaffien eventually took both her 10,000m and half-marathon records.

Saturday, she took the Ottawa race in a strong 32:41.7. Leslie Sexton, who recently made the Vancouver area home finished in second place with her 32:55.70 finish time. Sasha Gollish of Toronto surprised herself with a top-three finish in 33:02.6. The masters dominated as Wodak, Gollish and the fourth-place finisher Emily Setlack are all 40-years-old. Setlack recorded a 33:44.1 clocking.

“I went out pretty hard,” said Wodak. “Harder than I should have. But it worked in my favour as I was able to get a bit of a gap at 3K and then hung on for dear life after,” she said laughing.