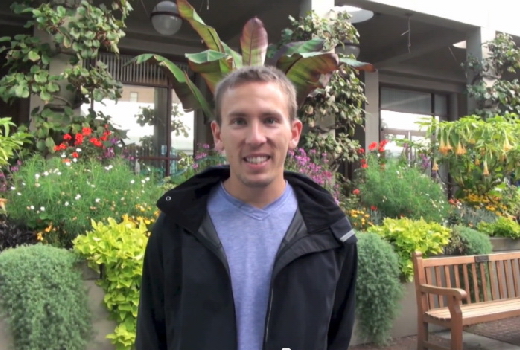 If there is any marathon course in the world that can just about guarantee a fit marathon runner a personal best result, it is the BMW Berlin Marathon, coming up on Sunday, September 24.

It’s flat with few turns, the right pacers or competition are typically in place and the weather usually turns out to be near perfect.

Twelve of the 22-fastest, IAAF-sanctioned men’s marathon times have been run on the Berlin course, including the current world record as held by Kenyan, Dennis Kimetto from 2014 at 2:02:57.

One of those chase-pack elites is Gresham, Oregon’s Ryan Vail, who is running Berlin. He owns a best of 2:10:57 and is hoping to improve upon that performance from London 2014. London is fast, but Berlin seems to have all the right ingredients in place.

“I was hesitant to nail down a time goal with my injuries and poor day at NYC (Nov. 2016), but training is going well enough now that I will be disappointed if I do not set a PR,” shared the 31-year-old.

Currently, the headline news stories are creating fanfare about the all-time greatest 10,000-metre runner, Kenenisa Bekele of Ethiopia (26:17.53) who is up against two great Kenyan marathon runners in Eliud Kipchoge and Wilson Kipsang. Bekele ran Berlin last year in the time of 2:03:03 – six seconds off of Kimetto’s world record.

It will be an exciting race, not just at the very front, but through the field as top athletes will look to run world-class times.

Vail has been training seriously since his letdown in New York.

“My volume isn’t quite to the same level before the injuries, but the workouts have gone as well as they ever have, so I’m feeling confident at the moment,” shared Vail. “I chose Berlin because all variables are controlled for in terms of pace and course and how they look after athletes. The weather is typically favourable.”

“I want to use this race to get back on the right track for my 2020 Olympic goals.”