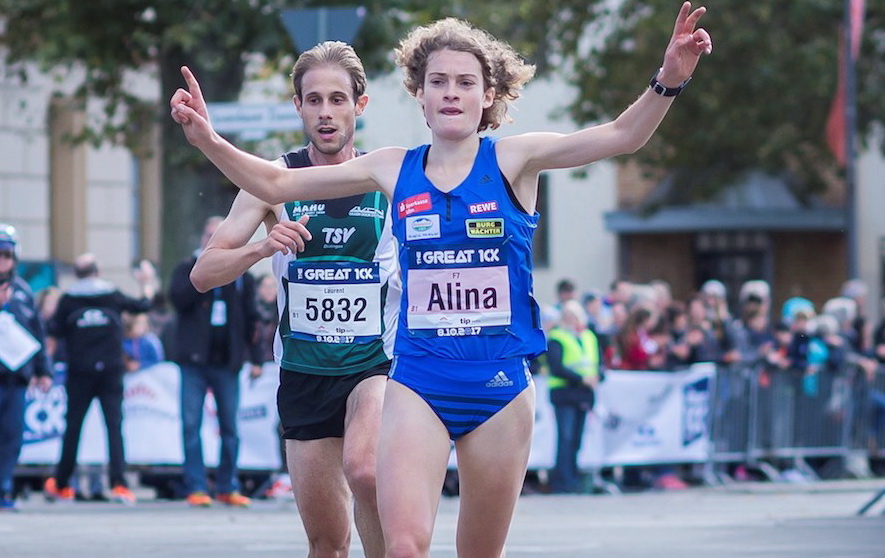 Defending champions Mathew Kimeli and Alina Reh will both be returning for The Bridgestone Great 10k on Sunday. The race has firmly established itself as the fastest 10k road event in Germany. Organisers expect around 8,000 runners for the 11th edition, which leads through the western city centre of Berlin and boasts a flat loop course.

A group of strong runners from Kenya once again target world-class times in Berlin. Should weather conditions be suitable they might attack the course record of Leonard Komon. The Kenyan clocked 27:12 eight years ago, making this the fastest 10k course record of any German race at this distance.

Defending champion Mathew Kimeli must again be regarded as the man to beat. Just 20 years old the Kenyan clocked a fine 27:32 in Berlin last year. However his personal best of 27:11 is even a second faster than the current course record. Fellow-Kenyans Emmanuel Kiprono and Vidic Kipkoech, who feature personal bests of 27:26 and 27:57 respectively, are probably his strongest rivals.

National interest in the men’s race will focus on Arne Gabius. The German marathon record holder, who clocked 2:08:33 in 2015, will use The Bridgestone Great 10k as his final and sole test race for the Frankfurt Marathon later this month. Three years ago Arne Gabius clocked his personal best of 28:07 in this race. Competing for the first time since July the experienced road runner will face a challenge from fellow-German Richard Ringer.  The 10,000 m runner, who took the European Cup in London in early summer, was seventh at The Bridgestone Great 10k a year ago, when he clocked his personal record of 29:13.

While it is highly unlikely that the world-class course record of 30:37 will be challenged in the women’s race on Sunday Germany’s upcoming long distance star Alina Reh could produce yet another highlight in the capital. A year ago she caused an upset by taking the race with a strong personal best of 31:38. With this PB Alina Reh is currently the second fastest German ever behind Irina Mikitenko, who ran 30:57 back in 2008. Two months ago 21-year-old Reh finished fourth in the European 10,000 m final in what was only her second race at the distance on the track. She showed fine form just four days ago when she ran a personal best of 69:31 in the Cologne half marathon. It will be interesting to see what she can achieve in The Bridgestone Great 10k on Sunday.

There is one runner in the field who has a considerably faster personal best than Alina Reh: Kenya’s Gladys Kimaina ran her PB of 31:15 in 2017. However, she did not manage to get near to this time again. Switzerland’s Fabienne Schlumpf and Karolina Nadolska of Poland, who have run 32:08 and 32:09 respectively, will also be among the contenders for victory. Germany’s Katharina Heinig uses The Bridgestone Great 10k as a test for the Frankfurt Marathon. The marathon specialist has a personal best of 33:04 for 10k.