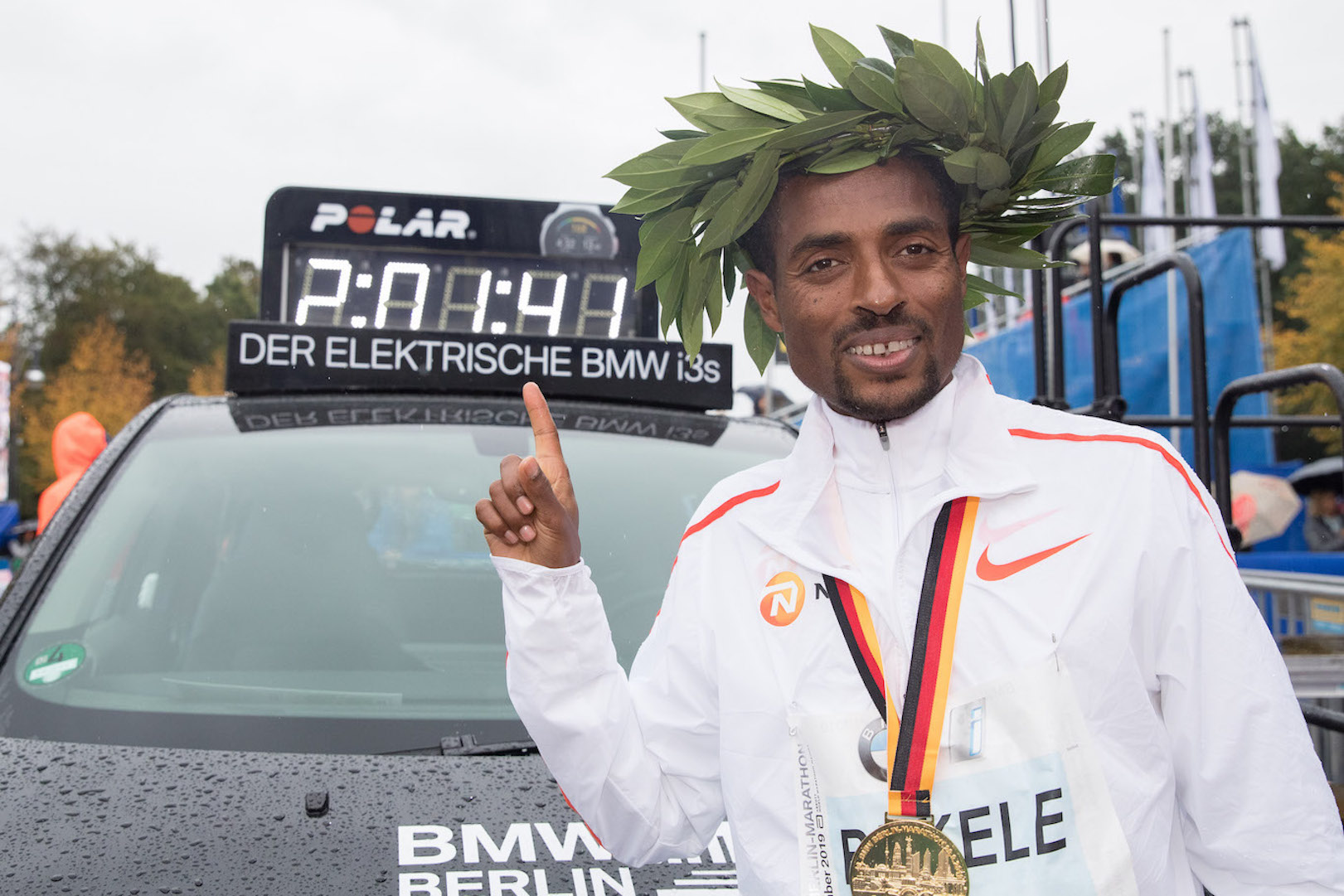 Apparently the media has been asking if the BMW BERLIN-MARATHON on Sunday was going to mark the end of Kenenisa Bekele’s remarkable career as one of the long-distance greats. Had he succumbed to injury and dropped out, why should he, a triple Olympic champion on the track and winner of the marathon here in 2016, need to torment himself further in pursuit of marathon greatness at the age of 37?

Looking back 24 hours after one of the greatest comebacks in athletics, the man himself admitted the despair he had felt in recent years when every comeback from injury was blighted: “When you are injured you are discouraged, you are not in good condition and you get heavy. You are not doing what you want to do and it is a big discouragement. I was trying to fix things and sometimes when I said things were fixed, the injuries would happen again.”

It was a long road, beset by setbacks including dropping out of Berlin and Dubai in 2017 and Amsterdam last October, but once the body was in harmony, the thoroughbred racer was on the way back: “I had some disparity in my body, in my hip area and my body was not balanced. I went to Holland and there we changed that completely to the right position. I worked out there for two months.”

To complete the potential for a comeback, Kenenisa decided to join what he describes as “The number one training group in Ethiopia, the Haji group.” He’s been part of their training for just two months but the connection with Haji Adelo, coach to numerous Ethiopian stars including Tirunesh Dibaba and Samuel Tefera among many others. Kenenisa has never forgotten a conversation they had after he ran 2:05:51 to finish fourth in the Chicago Marathon in 2014, not quite the time and position he had wished: “He told me in Chicago after the race, look, Kenenisa, believe it or not, you will break the marathon world record, it will be yours in the future, believe it or not. Trust me, you will do it 100%. I trust in your capacity.”

Kenenisa admits that he didn’t lend much credence to this at the time but it remained at the back of his mind when he decided to join the Haji group just two months ago: “I thought he was joking then, but when I joined his group he said the same.”

Perhaps even this coach would be surprised at what Kenenisa achieved with his victory in 2:01:41, a mere two seconds outside the world record of Eliud Kipchoge on this same course last year: “He told me before this marathon, your preparation is not 100% just go and bring some results.” That Kenenisa Bekele certainly did.

Asked about the Olympic marathon in Tokyo next year Kenenisa Bekele expressed interest in running. “But it is not up to me to decide,“ he said, referring to the selection process. In response to questions as to when he and Eliud Kipchoge might line up in what now has all the elements to be the ultimate showdown of men’s marathon racing, the Ethiopian is ready and willing: “I’m very happy if I run against Eliud, anywhere soon or whatever. I’m ready for that.” And so is the entire marathon world.