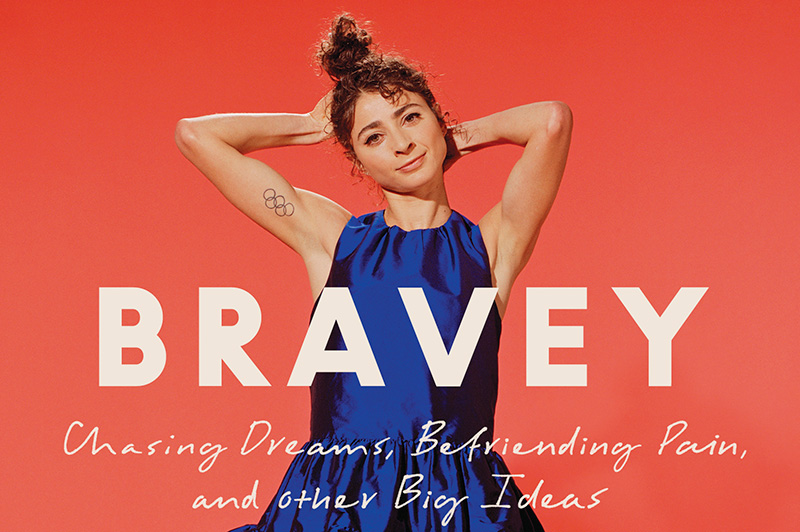 Bravey, by Alexi Pappas, is a heartstrings-pulling memoir, beautifully written with generous poetic metonymy and metaphor — it is a must-read.

Pappas grew up as an independent, motherless child, and blossomed into an Olympic athlete, actor, writer and filmmaker all before age 30. It was a pursuit powered by a similar overachieving drive that possessed her mother’s mind.

Her mother, however, was tortured by demons that caused her to take her own life when Pappas was just four years old. Pappas didn’t find out the cause of death until years later but knew something was deeply wrong. Pappas had assumed for all those years that it was smoking that took her mother’s life.

Pappas takes the reader through her free-spirited childhood, awkward high school years and to post-Olympic let-down — wait. Not just let-down, she was into full-bloom death-watch depression, which was set in motion not only by post-2016 Rio blues but a cascade of unfortunate events that began to befall her shortly after. Think of the 1993 movie “Falling Down,” starring Michael Douglas.

The reader will be cheering her on, hoping Pappas can break the cycle that appears to be repeating from her mother’s mental illness.

Pappas is an observer, a thinker, and an astute analyst of human behaviour. She delves into the sport just enough to satisfy the running fans who know of her accomplishments. Pappas shares her insight on the appropriate training volume and intensity for school-age girls pre and post-puberty. Girls progress differently than boys, the coaching world is only now catching on. Her observations of the Olympic Village, the pre-race call room and accommodations give the reader an inside peek of the trappings, goings-on as well as the so-called dining hall, two football fields long.

The final third of the book switches gears and not-quite-abruptly, but almost, becomes a text on being resilient — a self-help manual in-story, textured with real-life happenings. What Pappas has learned — a veritable Ph.D. from the School of Hard Knocks — she imparts to the reader — a valuable set of life lessons.

But the story is not over. Pappas may have another Olympic Games in her (Tokyo) and certainly more movies (Tracktown, Speed Goggles, Tall as the Boabab Tree, Olympic Dreams) and more poetic writing, and perhaps another entertaining memoir one day?

The book is available here>>