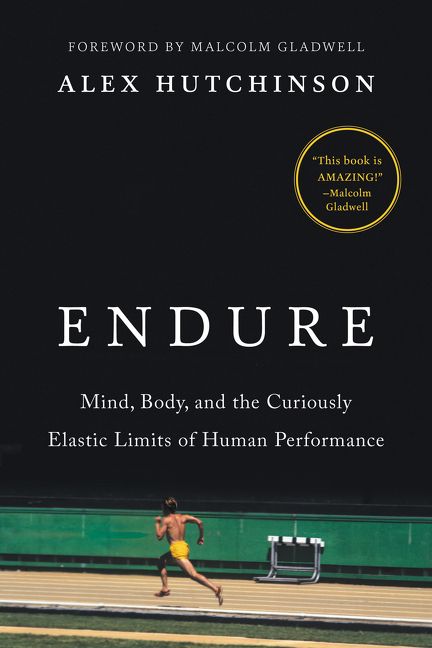 Endure: Mind, Body, and the Curiously Elastic Limits of Human Performance, a book by Canadian journalist Alex Hutchinson is curiously – as fellow Canadian, Malcolm Gladwell pointed out in the foreword – not a book about running. Well it is and it is not. It is indeed about the curiously elastic limits of human performance and running plays a big part, as does cycling, mountain climbing, swimming and major expeditions like Shackleton’s Antarctic adventure. It is also about the next frontier.

There is a vast cache of scientific hypotheses, studies, findings, assumptions and theories that are bookended, if you will, by the first and last chapters that are all about the Nike-organised attempt to get Kenya’s Eliud Kipchoge to run under two hours over the standard marathon distance of 42.195 kilometres or 26.218 miles.

The attempt sought the élan achieved by England’s Roger Bannister’s sub-four minute mile from May 6, 1954. To capture the spirit, the effort was made on the anniversary on May 6, 2017. The sub-2:00:00 time trial dubbed “Breaking2” was an antiseptic event, devoid of large crowds, it was not a race and the cooperation to help one man (and one company) make history was staged complete with pacers that ran in formation, trick shoes and perfectly choreographed fuelling on a vacant motor racetrack in Monza, Italy. The event was run in near perfect weather conditions. They came close: 2:00:25.

The question remains if it was a better performance than fellow Kenyan Dennis Kimetto’s 2:02:57 world record that took place in Berlin in 2014. With the apparent assistance of the Nike Zoom Vaporfly Elite shoe that is claimed to provide a 4% advantage, meticulous pacing, perfect weather and a large clock display on top of the pace car (that may have provided an unusual wind-blocking benefit), would Kipchoge have run faster if Kimetto and he were challenging for millions of dollars, winner take all? We will never know.

It’s a curious question. The time trial doesn’t count as an official performance as it wasn’t a race. It was, however, a great marketing coupe, but what stopped Kipchoge short when he was so close to the history-making benchmark?

Between those chapters, Hutchinson talks about his own revelation, where he had a breakout performance in a middle-distance track race by fooling himself into believing it was shorter, therefore, he must go faster and unleash any kick that he may have, early. It worked; it has been on his mind since.

Hutchinson was a competitive athlete as he has run the 5,000-metre distance as fast as 13:52.36. He is also well-education as he earned a Ph.D. in Physics from Cambridge; two things he doesn’t mention in the book.

History is rife with man’s pursuit of the next benchmark, whether it is the great New Zealander Sir Edmund Hillary climbing to the top of Mount Everest with Sherpa Tenzing Norgay or Bannister or Kipchoge or a myriad of other fascinating attempts to endure, Hutchinson takes us through many of them.

Hutchinson cited, referenced, witnessed or took part in many different scientific studies that give insight into what humans are capable of next. He provides paradigm-shifting answers or hypotheses about our belief system, and mental conditioning on subjects such as heat acclimatization, dehydration or thirst, oxygen utilization, fuel, muscle development, and pain. The next frontier is apparently nigh upon us: brain training. This is where the stuff gets fascinating.

Although brain training and the mention of the word “science” is likely to scare some potential readers off, don’t be afraid. The book is an engrossing read from an everyday person’s perspective as well as for those nerdy scientific types.

Gladwell is a runner himself and former competitive athlete. He is also the author of the best-selling book Outliers that brought us the very popular 10,000-hour rule, the minimum amount of time in practice it takes to become great at something. For example, he estimates that Bill Gates coded for 10,000 hours as a youth, the Beatles played live for 10,000 hours before making it and Wayne Gretzky played and practiced hockey for 10,000 hours growing up in Brantford, Ontario. But Gladwell gave us so much more: timing, opportunity, being born in the right era – after reading Endure, go back and read Outliers.

For those who are interested in the simple pieces of the puzzle to becoming a better endurance athlete, whether you are a beginner, hobby jogger (not that there is anything wrong with that), age-group athlete or sub-elite or elite, there are a few checklist items you should be prepared to adjust going forward, including your understanding of fuelling and hydration.

There’s little that can be said about this book that is not favourable. It does become a little edgier in the science realm during the latter pages, which is good for some, not for others. For those in the Commonwealth, the language – and this will really only be noticeable to writers and teachers – Endure is written in American English. Having endured Harry Potter and the Half Blood Prince in American English (English author), I think I can handle Endure missing a few letters where we are used to having them: U’s, L’s and S’s.

Not only are some of the studies fascinating to read about – and there are many – the book as a whole is a worthy replacement for just about any running book written about endurance, even parts of Dr. Tim Noakes’ tome Lore of Running. As you will find out, Noakes has ripped pages from the book at public readings to do with carbohydrate consumption. Science marches on; Hutchinson visits this subject too.

The overarching question here isn’t about why we win necessarily, but why we don’t win or why we stop. Hutchinson teases us into the paradigm of Noakes’s Central Governor Theory and entertaining examples of mind literally over matter.

This New York Times bestseller is a highly recommended read for anyone interested in the human performance that takes place over a few minutes time to a few days like ultra-running, climbing Everest or getting lost in Antarctica.