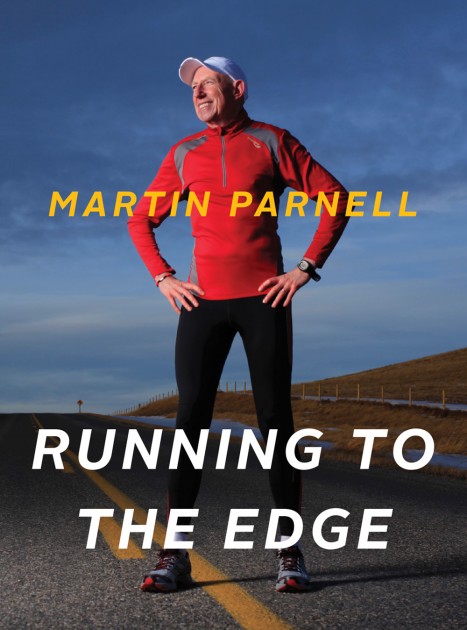 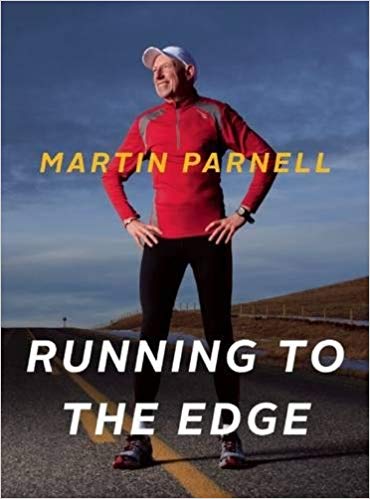 Title: Running to the Edge

Running to the Edge is the second of a series of three books written by Calgary, Alberta’s Martin Parnell. This one is about his extensive running and fundraising pursuits for kids.

It is a memoir that describes in the first-person narrative his exploits to assist children who are disadvantaged through the power of play. He enhances the content with sidebar contributions from others who were involved with his pursuits.

Parnell was apparently up for any challenge regardless of how familiar or foreign that activity may have been to him. Along the way, he met and became friends with many Canadian icons and Olympians.

At age 55, Parnell started his Quest for Kids series of challenges in 2010. His goal was to change the lives of 20,000 kids through a series of Guinness Book of World Record attempts and various sporting challenges.

His five-year goal to complete the quests included a broad range of endurance challenges and sporting events, for example, “Soccer Quest 42” was to help organise and play in a Guinness record where he attempted a five-a-side game for 42 hours. Some of the others included climbing Mount Kilimanjaro in 21 hours,” “TransRockies Quest 888” which saw him complete nine TransRockies events over 920 kilometres in a six-month window of time. There was the “Cook Island Quest 100” (running laps of the island three times to make up 100 kilometres) to name a few.

Unfortunately, in 2015, Parnell suffered a large and rare blood clot in his brain. He was hospitalized and was limited to one year of no strenuous physical activity. His audacious goals of helping others would have to wait, while he recovered his own health and fitness. One will have to read the book to find out if he made it.

Athletically-speaking Parnell’s running accomplishments are modest in speed, but long on effort and sheer determination. A late bloomer to running, he adopted and immersed himself into the sport with fervour and the ritual of getting out the door for his daily jaunt, just like any other life-long endurance athlete.

Growing up in Devon, England, he was very familiar with various sports like soccer (which made Soccer Quest 42 easier than other sports for him) and running, however, as a middle-aged career-oriented person, took crash courses in Canadian sports like hockey, and lacrosse. He learned to ski in Alberta and Ontario as well as adopting new non-traditional games such as ultimate. He is a keener.

Parnell colours the book sparingly with humour, however, a persistent rhythm of whit tastefully emerges. Lacking much in the way of metaphor, world play or deep editorialisation, Running to the Edge is a simple read, but entertaining nonetheless due to Parnell’s attempts through sport and fitness to raise money to help disadvantaged children. For that, the reader will cheer him on in each quest as the pages are turned.

This book is recommended for anyone interested in a gentle hand on goal-setting, the meaning of achievement, the importance of movement and the necessity in the power of play, especially for kids.

Movie watch: Runner: One Man’s Journey from Refugee to Olympian