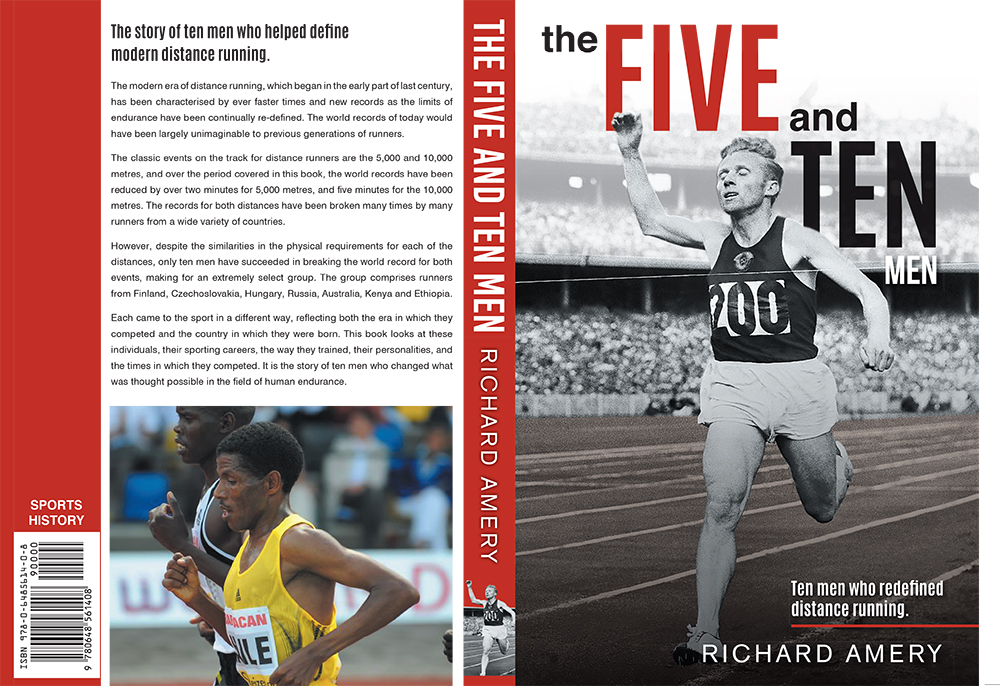 The modern era of the sport of athletics started in earnest during the early 1900s. That was when the distances that are commonly recognised today began to gain in popularity. Since then, as with all events, the records have marched on at a pace where today’s records make the past seem almost pedestrian-like. However, the life stories of these athletes are not without strong character and of great determination.

The title The Five and Ten Men refers to the only men to have broken the world records for both the 5000 and 10,000-metre distances.

Each athlete is indeed legendary and not only for their 5000m and 10,000m world records but also for the way they accomplished them. Additionally, the author writes of other great achievements tackled on the roads, track and in cross-country.

For example, Henry Rono of Kenya took world records in three distances including the 3000m steeplechase. He broke the 5000m record twice and while in school, at Washington State University, he earned three consecutive NCAA cross-country titles.

One can only imagine if he attacked the marathon as well as the now more popular half-marathon distance how well he would have performed.

Emil Zatopek did just that by winning gold in the Olympics. He is the only man to do so in both the 5000m and 10,000m distances and — run on a whim — the marathon, at the 1952 Helsinki Olympic Games.

Zatopek trained in unusual ways, for example, he would run in army boots in the snow, on his laundry in the bathtub and with his wife on his back. Zatopek would also run a high number of 400m intervals, up to 100-times, at efforts slightly slower than his best 10K pace.

Bekele held the records for 16 and 15 years, respectively. He also won Olympic gold medals at both distances. Like Rono, he was prolific over cross-country, winning 11 golds at the World Cross Country Championships.

His marathon best is just two seconds shy of the current world record held by Kenyan Eliud Kipchoge which is 2:01:39, Bekele ran 2:01:41 in less than ideal conditions.

The last line that Amery wrote in this 2019 release, on a page titled The Future and in reference to Bekele’s records, and broken they will be, nothing is more certain has already come to pass. They likely came sooner than expected as six months later Ugandan Joshua Cheptegei ran jaw-dropping performances of 12:35.36 and 26:11.00. Perhaps a part two edition may be in the works.

The niche of the two distances 5000m and 10,000m is a narrow subject, but the stories of each athlete’s career offer so much more.

The author, Richard Amery, is an Australian runner and retired schoolteacher. By enjoying this book the reader will quickly learn that Amery’s interest in athletics runs long like the athletes that he covers.

The Five and Ten Men is a recommended read.