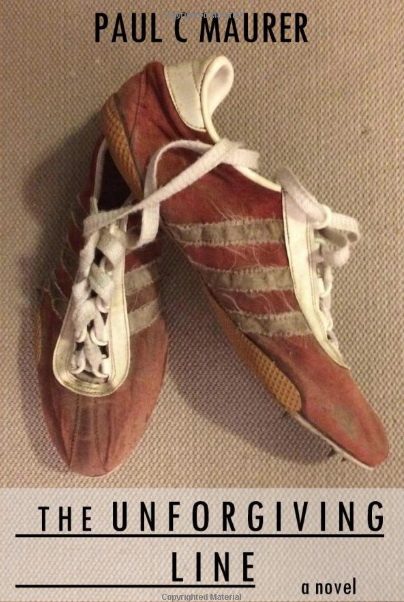 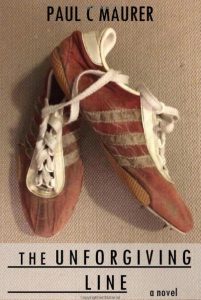 The Unforgiving Line, by author Paul C Maurer, is one of your requisite tales of good over evil, love over hate and glory over failure. It is set to a coming of age running backdrop. It is a story that relies on a tried and true antagonist versus protagonist tug-of-war but with unique twists.

For example, there isn’t just one overarching antagonist, there are several and the main character D.J. needs to overcome all – a mean task. It’s a lot for a high school athlete transplanted to a new environment and one that is very different from his past.

One not too deeply explored or even fully identified antagonist is the main competitor during D.J.’s high school outdoor track season. They compete several times towards their final clash at the Illinois state championships bringing the story to an epic battle in front of perhaps thousands of spectators.

Another, his father, is not really an antagonist, however, the fear and awkwardness in the father and son relationship doesn’t make the house a happy home and D.J. morphs from dreading interacting with his father to developing a relationship with him – albeit quite late.

Being an outsider in the new community during high school gnaws at D.J. – even his existence and his internal struggles with society can be identified as an antagonist of sorts.

There are two protagonists, each at opposite ends of life. D.J. discovering his talent, passion and the process of maturing and Mac, an elderly former athlete who, like D.J. is dealing with inner demons.

Whether or how they grapple with their personal issues plays out in the story with seemingly opposing trajectories. Mac’s past – which is decades old – begins to haunt him more and more as the story unfolds, while D.J. begins to settle in, discover friends and begins to make peace with whatever torment he is suffering from having grown up in a broken home – or does he?

It all comes to a head at the state championships meet.

In the process, Maurer does not explore the antagonists too deeply. Some authors believe that the antagonist’s character should be fully explored just as the protagonist is. To this, the story wobbles a little – not to make it less interesting; it is a page-turner to be sure, but if one is teaching a masterclass on character development, The Unforgiven Line could use a few more pages on the characterization of the apparent bad guys.

Maurer writes in a style that – especially for the first half of the book – is coloured deep with metaphor, and descriptive prose narrative. He apparently relies heavily on the hope that his voice will be music to the reader. For those that love the use of mysterious simile and metaphor sprinkled with athletics jargon, you are in for a treat.

The story transcends running, therefore will be an interesting read for anyone, but is set heavily in the world of high school track and field.

The novel can be purchased, here>>