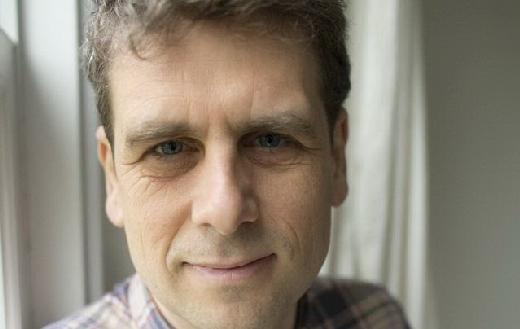 Title: The Way of the Runner: A journey into the fabled world of Japanese running

Adharanand Finn, award-winning author of Running with the Kenyans: Passion, Adventure, and the Secrets of the Fastest People on Earth, wrote a follow-up, The Way of the Runner: A journey into the fabled world of Japanese running, and in so doing exposed a somewhat ironic manifestation of divergent cultures.

For Kenyans, we now know that distance running is an expression of joy and a demonstration of pure human locomotion. To watch the great Kenyans move is to witness pure beauty expressed in kinetic energy output. For Kenyans, distance running is also a means to liberate oneself from perpetual poverty. To win a small marathon and take home $5000, a runner will feed their family well; to win a big city marathon and bring home $100,000, it will change one’s life and their place in society. To win the Marathon Majors series or several major marathons, the accomplishment will crown a Kenyan a pillar; he can save a village, build schools and live well for the rest of his or her life. The motivation is intrinsic.

In Japan, running is a sport supported by corporate culture and administered and coached with military type 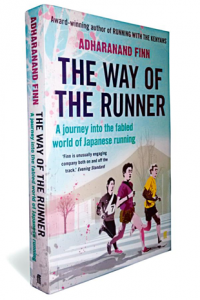 discipline. The pressure to perform for distance runners in Japan from high school and beyond is immense. For the Japanese, as Finn soon discovers, once a runner enters the corporate world and the ultimate goal to that point has passed – typically the annual Hakone Ekiden – often leaves them with little motivation, hence a performance drop-off occurs. In contrast to the Kenyans, for most Japanese distance runners, the motivation to train heavy and perform well is very extrinsic.

Finn is a competitive age-group distance runner who is nearing 40. He takes his wife and three children to Japan to immerse fully into Japanese culture to find out what gives. Why for example, do 99 half-marathon runners in the university national championships, run faster than the UK’s top-performer, Scott Overall with his 64:44 performance? The 100th Japanese runner is just three seconds slower at 64:47.

The top Japanese half-marathon runner in the University national championships will finish under 63 minutes, but that’s it. Out of thousands of seemingly very fast runners in university, there appear to be no outliers. The top hundred finish within two minutes of each other – very fast, but that’s it. The world’s fastest half-marathon runners typically finish in 58 to 61-minutes, why do the Japanese not make the leap to the international level?  Over 700 performances are faster than the Japanese national record of 60:25, by Atsushi Sato; the Kenyans own nearly 70% of those performances.

We learn in The Way of the Runner that the Japanese seem to have it all, the fan support, the body type for distance running and corporate sponsorship. The Japanese are mad about their ekidens (road relays), in fact the most watched television program of the year is always the Hakone Ekiden, which takes place in early January. Hakone draws massive television and on-site audiences.  Something is amiss in Japanese running culture.

Finn’s wife only agrees to go to Japan, when she finds out that they can make the trek over land. After an exhaustive journey across Europe and Siberia they arrive and the typical mild culture shock ensues, creating challenges for everyone. The language barrier is just one; there are many other cultural differences that teach the Finns life lessons, one being the ritual of bending to sit on the floor. Finn finds his inflexibility a weakness. Another is the desire to never offend. It is so pervasive that simple communication is often thwarted to avoid the highly sensitive Japanese from asking an offending question.

Finn sets out to compete in an ekiden on a Japanese team. On his journey to making a team he meets and runs with a broad array of kids, seniors and competitive athletes. He gains a chance encounter with the famous Monks who run 1000 marathons in 1000 days and in reflection of the gradual change that is creeping into Japanese culture, Finn has the opportunity to witness first-hand the old school coaching techniques and the more modern western style.

The story is entertaining, without being overtly propped by humour, metaphor or creative literary devises – although the story does have its moments. It is generally agreed that once a writer finds their voice, they develop their chops, with Finn, the reader easily gets a sense of the author, perhaps he is affable, easy-going and witty. Maybe his humour is tinged with a dryness and sarcasm. The Way of the Runner is an easy read; it is entertaining and ticks along at an anticipated metronomic cadence, perhaps like a Kenyan runner during the first few kilometres of their daily toil, smooth, effortless and joyful.